AMD's (NASDAQ:AMD) stock has soared roughly 2,670% under Lisa Su, who succeeded Rory Read as the chipmaker's CEO in Oct. 2014. When Su took the helm, AMD was still struggling to keep pace with Intel (NASDAQ:INTC) in x86 CPUs and NVIDIA (NASDAQ:NVDA) in GPUs.

But today AMD is comfortably ahead of Intel in the process race to create smaller and more power-efficient chips. Between the third quarters of 2014 and 2021, AMD's share of the x86 CPU market jumped from 23.6% to 41.1%, according to PassMark Software, as Intel's share fell from 76.3% to 58.8%.

AMD faced a tougher battle against NVIDIA in the GPU market, where it remained boxed in by its larger rival. Between the first quarters of 2019 and 2021, AMD's share of the discrete GPU market slipped from 28% to 19%, according to JPR, while NVIDIA's share rose from 72% to 81%. 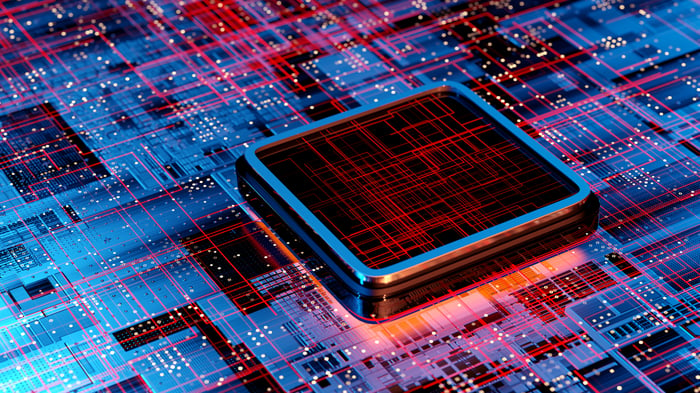 Nonetheless, the growth of AMD's EESC (enterprise, embedded, and semi-custom) business and the rebirth of its CPU business easily cushioned that blow. AMD's GPU shipments also continued to rise, thanks to the market's robust demand for new gaming PCs, even though NVIDIA sold more chips.

But after those historic gains, investors might be wondering if it's too late to buy this high-flying stock. Let's reevaluate AMD's strengths, weaknesses, and valuations to decide.

AMD's greatest strength is its visionary CEO. After joining AMD as a senior VP and general manager in 2012, Su expanded the EESC unit by developing custom chips for Sony's PS4 and Microsoft's Xbox One, which both launched in 2013.

The EESC unit also started producing EPYC data center CPUs in 2017, and provided a new generation of chips for Sony's PS5 and Microsoft's Xbox Series consoles last year. This segment will grow even larger after AMD closes its planned acquisition of the programmable chipmaker Xilinx.

The growth of the EESC unit reduced AMD's dependence on PCs while generating fresh cash for the development of new CPUs and GPUs. Its Zen CPU architecture, which arrived in 2017, addressed the performance issues of its previous Bulldozer generation CPUs. It also launched new Radeon RX GPUs to keep pace with NVIDIA in the gaming market.

Another one of AMD's core strengths is its "fabless" model. Unlike Intel, which manufactures most of its own chips internally, AMD outsources its production to third-party foundries like TSMC (NYSE:TSM).

That approach enabled AMD to develop smaller and more advanced chips than Intel, which struggled with production delays at its internal foundry. Intel's foundry also remains at least a generation behind TSMC. All those catalysts boosted AMD's revenue and gross margins over the past five years.

Analysts expect AMD's revenue and adjusted earnings to increase another 51% and 68%, respectively, this year. Those impressive growth rates easily support its forward P/E ratio of 34.

AMD's growth rates are impressive and its stock seems cheap, but the bears will attribute a lot of its gains to Intel's blunders. Intel struggled to maintain its two-year upgrade cycle under former CEO Brian Krzanich, who abruptly resigned in 2018 over an inappropriate relationship with an employee.

Instead of becoming a fabless chipmaker like AMD, Gelsinger is doubling down on Intel's CPU development and foundry efforts to catch up to TSMC. That process could take years, but Intel's expansion is buoyed by subsidies in the U.S. and Europe -- and that support could spell trouble for AMD.

Intel could also cause headaches for AMD and NVIDIA with its new discrete DG-series GPUs, which are manufactured by TSMC and complement its desktop and notebook CPUs. It's still too early to tell if Intel can gain ground against AMD and NVIDIA, but it could resort to aggressive pricing and bundling tactics to grow its market share.

Lastly, NVIDIA -- led by its own visionary CEO Jensen Huang -- remains a formidable opponent. AMD has traditionally dominated the lower-end GPU market, but NVIDIA has been releasing a growing number of cheaper chips to lure budget-oriented gamers away from AMD. NVIDIA could also evolve into a rival in CPUs if its planned takeover of Arm Holdings is approved.

Is it too late to buy AMD?

AMD's future might seem murky, but I believe it will continue to outperform the market as long as Lisa Su remains in charge. Su planted the seeds for AMD's current growth cycle by diversifying its business and developing new chips, and this cyclical expansion isn't over yet. AMD probably won't replicate its massive gains from the past seven years anytime soon, but it still isn't too late to buy this high-growth stock.