Please ensure Javascript is enabled for purposes of website accessibility
Log In Help Join The Motley Fool
Free Article Join Over 1 Million Premium Members And Get More In-Depth Stock Guidance and Research
By Bram Berkowitz - Jul 13, 2021 at 10:46AM

Along with the majority of the banking sector, Bank of America stock recovered in the first half of 2021 after a tough year in 2020 due to the pandemic.

Shares of Bank of America (BAC 1.09%) rose roughly 36% through the first six months of 2021, according to data provided by S&P Global Market Intelligence.

Shares of America's second-largest bank by assets had a tremendous first half of the year as the economy reopened and began to recover from the unprecedented coronavirus pandemic in 2020. The big story for Bank of America was strong credit quality, strong performance in its non-lending businesses, and a promising outlook for loan growth and future rate hikes. 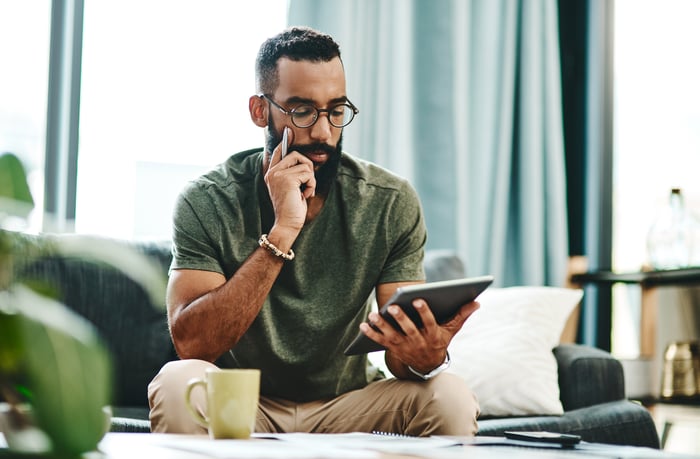 When the pandemic hit in Mach 2020, it shut down broad swaths of the economy for weeks at a time, and significantly hampered the economy for nearly all of 2020 and the beginning 2021. The banking sector struggled because banks are closely linked to the economy, and because they feared billions in loan losses. They also saw their lending and bond portfolio profits severely cut into as the Federal Reserve quickly dropped its benchmark federal funds rate to zero.

However, thanks to trillions of dollars in government stimulus and other interventions from the Federal Reserve and federal government, the billions in losses that banks expected never materialized. In the first quarter of this year, Bank of America released $2.7 billion of reserves previously built up for loan losses back into earnings. The bank also saw strong revenue in its sales and trading, as well as its investment banking business line.

Additionally, during the first six months of the year, the yield on the 10-year U.S. Treasury bill rose from less than 1% to 1.45%, while shorter-term rates remained near zero. This is good for banks that are generally in the business of borrowing short and lending long. 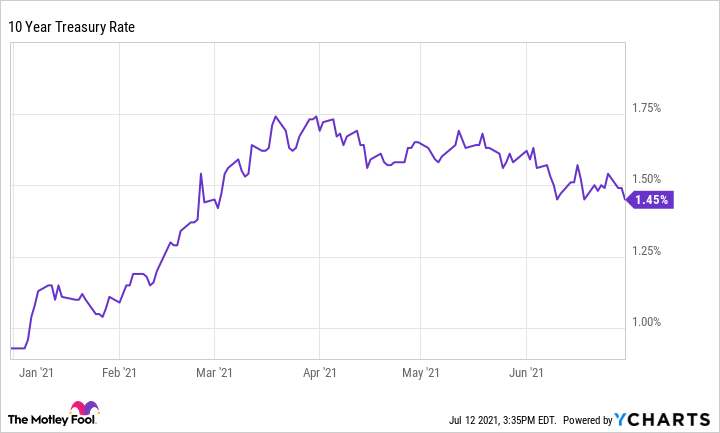 Bank of America's stock is now trading as high as it has since the Great Recession, and higher than where the bank traded before the pandemic. The bank also now trades at a very high valuation of 191% of tangible book value (equity minus intangible assets and goodwill).

But while the valuation is high, I still really like how Bank of America is positioned long-term. The bank just came out of a never-before-seen recession with strong credit quality and a very sturdy balance sheet. Furthermore, Bank of America's lending businesses will benefit immensely once the Federal Reserve raises the federal funds rate, while the bank's trading business continues to get stronger.

Some of this is surely priced in, but it's hard to look at Bank of America right now and not see a tremendous banking business well positioned for the future.