Please ensure Javascript is enabled for purposes of website accessibility
Log In Help Join The Motley Fool
Free Article Join Over 1 Million Premium Members And Get More In-Depth Stock Guidance and Research
By Dan Caplinger - Jul 14, 2021 at 11:39AM

Find out why the stock market is headed higher again.

Earnings are helping to drive the market higher, and a lot of the favorable news investors saw Wednesday morning came from a second wave of bank stocks releasing their latest results. Shares of Citigroup (C 1.21%) and Wells Fargo (WFC 0.49%) moved higher, but Bank of America (BAC 1.28%) saw modest declines. Below, we'll look through all three sets of results and why investors need to watch the big banks closely during the remainder of 2021. 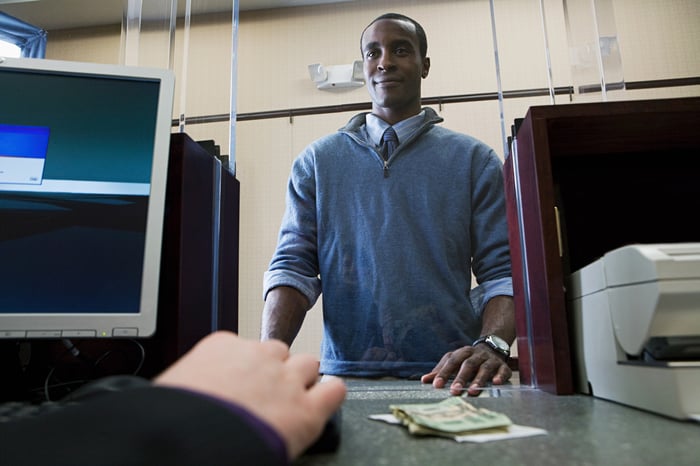 Citigroup performed the best of the trio of big banks, with its stock rising nearly 3% Wednesday morning. Mixed performance closely resembled what we saw from other major banking institutions on Tuesday.

Citigroup said its revenue was down 12% in the second quarter of 2021 compared to the year-earlier period. Lower interest rates played a role, but largely, a more normal level of market activity for the company's fixed income trading unit and lower average card-based loans weighed on Citigroup's top line.

However, net income soared to more than five times its year-ago level. That was almost entirely due to a reversal of last year's big credit loss reserve, as Citigroup released $2.4 billion during the second quarter. Citigroup was pleased with its capital ratios, returns on equity, and commitment to returning capital to shareholders, and investors seemed to agree.

For Wells Fargo, the news was even more encouraging, even though the stock rose less than 1%. Revenue climbed 11% year over year, with a huge jump in fee-related noninterest income offsetting reductions in interest-driven income. After having reserved $8.4 billion for loss reserves a year ago, Wells released $1.6 billion of that, and that helped reverse year-ago losses of $3.8 billion and produce more than $6 billion in profit in the second quarter of 2021.

Things are looking up for Wells Fargo. Having had its asset cap removed by the Federal Reserve points to the potential for greater growth. Wells Fargo is in some ways having to play catch-up, but the bank isn't wasting any time getting back to business.

A small pullback for B of A

Meanwhile, shares of Bank of America were down more than 2%. Revenue for the banking giant was 4% lower than it was this time last year, but B of A released $2.2 billion from its credit loss reserves to help boost net income by more than 160% year over year. Consumer banking deposits are approaching the $1 trillion mark, and B of A's global wealth and investment management segment got a nice boost from soaring markets and their impact on total client assets under the company's management umbrella.

However, like some of its peers, trading activity in certain markets weighed on B of A's numbers. Even so, Bank of America is working to return more capital to shareholders through dividends and stock buybacks. If it can also find sustained economic strength, then that could be the next catalyst to send B of A stock higher.

It'll be important for investors to keep their eyes on big banks like B of A, Wells, and Citi. For the bull market to last, financial stocks will have to carry their weight, and all three of these bank stocks have plenty of ability to thrive over the long run.