It has been a great year so far for American Express (NYSE:AXP) as its stock price has surged 37% year to date through June 30, according to data provided by S&P Global Market Intelligence. The stock has not only outperformed the S&P 500, which was up 15% year to date through the first two quarters, but also its credit card competitors. 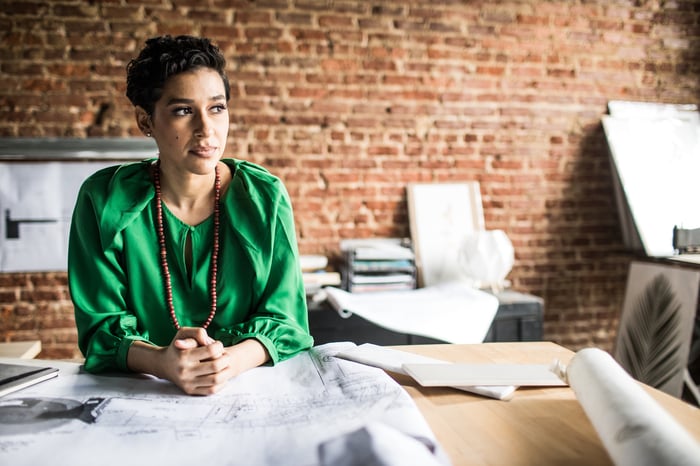 American Express, the third-largest credit card company, is off to a great start in 2021 after enduring a difficult 2020. Unlike its aforementioned large credit card competitors, which performed relatively well last year as online and cashless payments accelerated due to the pandemic, American Express struggled for two primary reasons. One, as a bank as well as a credit card processor, American Express got hurt by having to set aside billions for potential credit losses. Two, a big part of its revenue comes from travel and entertainment expenses, both of which were practically shut down last year.

This year, with the proverbial shots in arms, billions in stimulus money, people getting back to work, and the economy growing at a robust pace, American Express travel and entertainment spending will return to pre-pandemic levels. In fact, card member spending was about 11% higher than in the first quarter of 2019. Also, the company got a $675 million reserve release, as opposed to a $2.6 billion provision for credit allowance in Q1 2020. As a result, net income jumped to $2.2 billion in the first quarter, up from $367 million a year ago.

The value of the stock had dropped considerably last summer and fall, which made American Express a great buy, as the negative results were temporary, brought on by issues related to the pandemic and recession.

The price-to-earnings (P/E) ratio surged to 37 after a strong first quarter but has since come back down to a pretty manageable 28. American Express remains an efficient, well-managed company that should see continued growth while travel and consumer spending levels gradually move higher as the economy is expected to grow.