While it may not receive as much media attention as its electrical-vehicle (EV) brethren, Niu Technologies (NASDAQ:NIU), an electric-scooter manufacturer, grabbed the interest of investors in 2020 and soared 229% higher. Investors may have eased up on the accelerator a little in the first half of 2021, but the stock was still off to a fast start and raced 16% higher, according to data from S&P Global Market Intelligence.

In addition to the company reporting higher year-over-year sales volumes and encouraging earnings reports, favorable attention from analysts fueled investors' enthusiasm for the stock through the first half of the year. 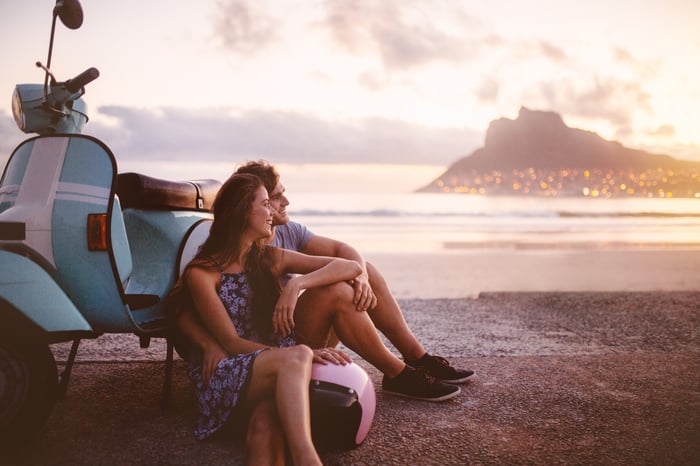 Besides the analysts' interest in the stock, investors took note of the company's success in growing sales of its e-scooters. In January, for example, Niu reported that it had sold 600,892 e-scooters in 2020, compared to 421,326 in 2019. 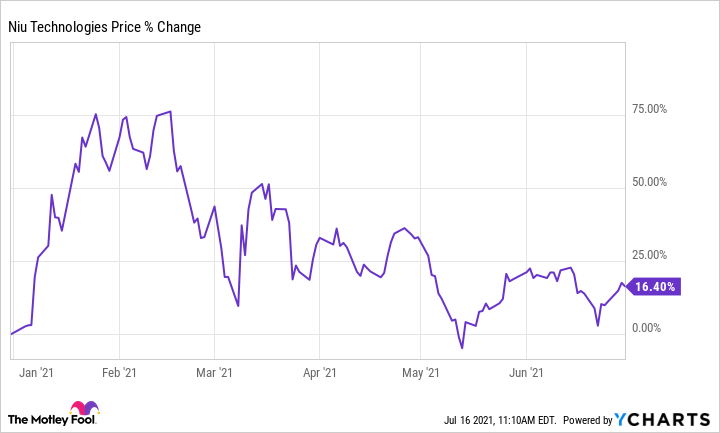 Although shares of Niu rode higher in the first half of 2021, investors have pumped the brakes on this growth stock and shifted into reverse -- shares are down 14% so far in July. This pullback, however, doesn't reflect any material change to the company's business.

Instead, it's likely that investors are cashing in on the stock's recent rise. This provides investors who have been wary of hitching a ride with the e-scooter manufacturer to hop on at a more reasonable price.