The Federal Reserve has taken steps to stimulate the economy throughout the pandemic. For instance, interest rates are near historic lows, and the Fed continues to buy $120 billion in mortgage-backed securities and Treasury bonds each month. The goal behind these policies is to suppress the cost of borrowing while injecting cash into the economy.

However, the economy is starting to look a little overheated. Last week, the U.S. Labor Department reported a 5.4% jump in the consumer price index (CPI) over the past 12 months, marking the biggest increase in over a decade. This has many investors concerned, because the CPI is used to gauge inflation, and in the past, rising inflation has often coincided with a market crash.

More alarmingly, the Shiller P/E ratio -- which compares the price of the S&P 500 to the average inflation-adjusted earnings over the previous 10 years -- currently sits at 38. But prior to this time, the Shiller P/E has only exceeded 35 once in history: right before the dot-com bubble popped and the market crashed in 2000. 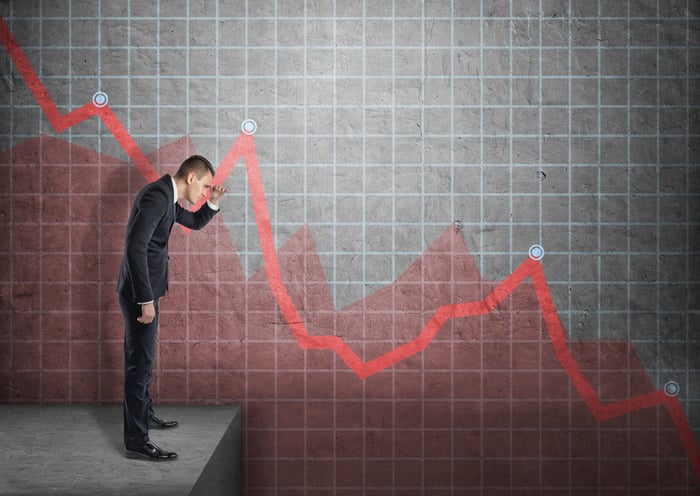 Here's the big picture: Market crashes tend to be buying opportunities. Unfortunately, no one knows exactly when the next big drop will happen, so the best thing you can do is prepare yourself. Set some cash aside and keep a list of high-quality stocks you'd like to own. For instance, I plan to buy more Lemonade (NYSE:LMND) during the next downturn. Here's why. 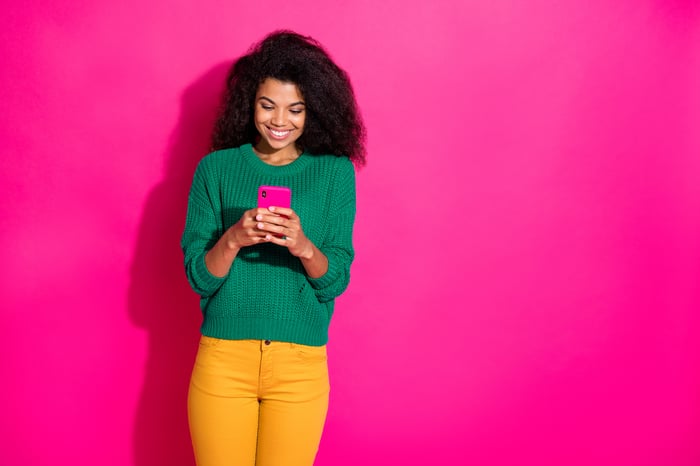 Lemonade brings a disruptive mobile-first approach to the insurance industry. Instead of agents and actuaries -- people who sell policies and predict risk for traditional insurers -- Lemonade relies on chatbots and artificial intelligence, keeping payroll costs low relative to its rivals.

Its platform is also designed to collect far more data than traditional systems. This advantage allows Lemonade to quantify risk, underwrite policies, and detect fraud more precisely, all of which translate into lower claims payments. Those savings can then be passed on to customers in the form of better prices, creating a virtuous cycle.

In other words, as Lemonade adds new customers, more data is fed through its AI engine, sharpening its predictive capabilities. Over time, this makes Lemonade even better at mitigating risk, helping the company keep claims payments and policy prices low.

It's still early, but this flywheel effect is already evident. Between 2018 and 2020, Lemonade's gross loss ratio (i.e., the percentage of premiums paid out in claims) dropped significantly. At the same time, its customer base grew quickly. In fact, it took Lemonade just over four years to reach one million customers. By comparison, it took property and casualty insurance industry leader State Farm 22 years to hit the same milestone.

For context, State Farm's gross loss ratio in 2020 was 72%. In other words, despite being a much younger company, Lemonade's AI-powered business incurred slightly lower losses (on a relative basis) than the industry leader. That's encouraging.

However, Lemonade's gross loss ratio spiked to 121% in the first quarter of 2021. This was due to winter storm Uri in Texas, a black swan event beyond the predictive powers of AI. On the bright side, if losses from that catastrophe are excluded, Lemonade's gross loss ratio would have been 71% in the first quarter. That gives me confidence the company is on the right track.

Looking ahead, Lemonade recently announced its next product: car insurance. Entering this industry adds $300 billion to its market opportunity in the U.S. alone, bringing the total to over $400 billion. In other words, this company has a long runway for growth, and insurance is a necessity whether we are in a bear or bull market.

As a caveat, that doesn't mean a market crash wouldn't affect Lemonade. On the contrary, it's a small, unprofitable insurance company faced with much larger competitors, so its stock price would likely be volatile. But I'd use that as a buying opportunity to add more shares of this disruptive growth stock to my portfolio.