Cassava Sciences (NASDAQ:SAVA) started off 2021 as a micro-cap, with its stock priced at $7 per share. By the end of June, that same stock traded hands at $85. So that's a nice 12-bagger in six months. Why is this biotech -- and former micro cap -- so hot right now?

Cassava is working on a treatment for Alzheimer's disease. This awful condition ravages a patient's mind and causes a lot of emotional and financial pain for families. Pharmaceutical companies have been trying to find a cure for Alzheimer's for a long time, to no avail. The best we have been able to do so far is slow the decline. But "slowing the decline" means that patients are still getting worse. 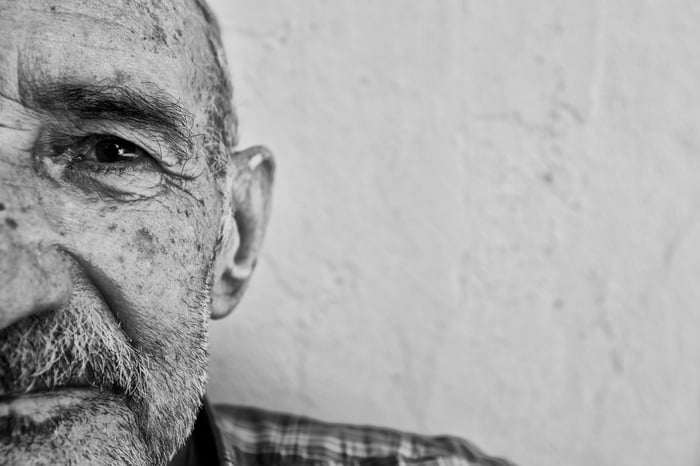 Cassava's stock has skyrocketed because the company has a new approach to Alzheimer's treatment. And that drug, simufilam, is doing a lot more than just arresting the decline. Of patients who took the biotech's drug, 98% are actually improving across a range of biomarkers. While Cassava hasn't started its phase 3 trial yet, the possibility of a drug that might actually help Alzheimer's patients has made this small-cap stock one of the best performers of 2021 so far.

The fall and rise of Cassava

Part of the reason that Cassava is up so far in 2021 is that the company had a bad 2020. In May of last year, the stock crashed 73%. The news was the worst -- simufilam had failed to meet its primary endpoint in a phase 2 trial. "Today's top-line results disappoint and are not consistent with previous clinical experience for reasons that are unclear at the moment," CEO Remi Barbier said in a news release at the time.

It turned out there was nothing wrong with the drug -- the lab analyzing the trial data screwed up. "The data set from the initial bioanalysis showed unnaturally high variability and other problems, such as no correlation among changes in levels of biomarkers over 28 days, even in the placebo group, and different biomarkers of disease moving in opposite directions in the same patient," the company said in a quarterly report.

Barbier expounded on a conference call with analysts last year:

That data made no sense whatsoever. At the time we put out a press release pretty much saying it made no sense, but what we've had time to do since that press release is what's called a post hoc analysis. And what the data shows is that just in the placebo patients alone, patients who only took placebo over a month -- you would expect to see very small changes in biomarkers over a month. Instead, the initial lab showed data with huge dramatic swings going in both directions over a month. That is unheard-of. In addition, the biomarkers generally move in the same direction because Alzheimer's itself is a disease of biomarkers. However, the initial bioanalysis showed biomarkers all over the map; it almost looked like the data followed a drunken random walk.

Confident that the lab's analysis was bad, Cassava commissioned a university to study the same data. And this new analysis confirmed not only that the drug worked, but that the results are amazing. Among patients who took the drug, 98% saw improvements in biomarkers of Alzheimer's disease: neuroinflammation and neurodegeneration. Patients on 50 mg of simufilam saw a 25% decrease in biomarkers of disease over a month. And patients on 100 mg simufilam saw a 30% decrease. There were no drug-related adverse events.

Are patients getting better?

This is incredibly exciting because the drugs currently available don't actually help patients get better. For instance, Biogen (NASDAQ:BIIB) has a new drug on the market for Alzheimer's; the U.S. Food and Drug Administration (FDA) approved it in a highly controversial decision. Aside from the $56,000 price tag, the drug is controversial because patients taking it are still getting worse. Over 18 months, patients on Biogen's drug saw a 5.2-point decline in cognition (on a commonly used Alzheimer's disease assessment scale). That's scarcely better than the 5.5-point annual decline in patients on placebo.

To have an Alzheimer's drug take patients in the opposite direction -- to an improvement in cognition -- is unprecedented. Just the possibility has sent Cassava stock roaring higher.

Of course, it's still early for Cassava investors. The pivotal tests will be the company's two phase 3 trials later this year. If those trials confirm an improvement in cognition and a reduction in dementia, the sky's the limit for this biotech.