Shares of globally diversified coal miner Peabody Energy (NYSE:BTU) rose in dramatic fashion this week. By mid-day on July 21, the stock was sitting with a gain of roughly 25%, with a high-water mark of 26.5%. That's an impressive move driven largely by coal prices.

The quick takeaway here is that coal prices are on the rise, and thus, investors are upbeat on Peabody Energy. But there's a lot more to unpack than that. For example, Peabody has been struggling to support a heavily leveraged balance sheet, with a debt-to-equity ratio of roughly 1.7 times at the end of the first quarter. It isn't currently covering its trailing 12-month interest expenses, which helps explain why its bonds carry a below-investment grade credit rating. Higher coal prices will make it easier for Peabody to manage its leverage, and that is very good news. 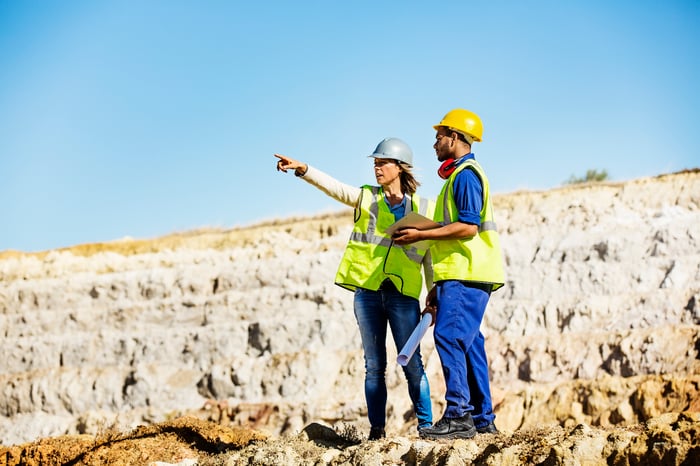 That said, there's a bigger picture here that needs to be considered. The broader energy sector is going through a major transition as the world looks to reduce the amount of carbon fuel it uses. Coal, among the dirtiest fuel options, is really low-hanging fruit in this effort. Indeed, for years electric utilities have been building natural gas-fired plants to replace older, dirtier coal plants. And then there's the massive build-out of solar and wind generation that has been taking place. This headwind has been difficult for the coal industry. Even though coal remains an important fuel, demand for it has been in a broad downtrend. In fact, this was part of the reason why Peabody Energy went through a bankruptcy in 2016/2017.

That big-picture trend hasn't changed. However, elevated electricity demand because of warm weather in regions that use large amounts of the fuel for electricity and, more broadly, increasing economic activity around the world have boosted near-term demand. Since the out-of-favor coal sector has basically been in contraction mode, supply is relatively tight. Coal is a commodity, so rising demand and limited supply lead to higher prices, and this, as noted above, is really good for a highly leveraged company like Peabody.

The problem here is that, while demand is rising right now, the long-term trend is still for coal to be displaced by cleaner options, notably including fast-expanding solar and wind power. So while investors are right to expect a good year for Peabody and are lifting the stock accordingly, next year and beyond are still likely to be very challenging. Peabody, given its heavy debt load, probably isn't the best option in the coal space; there are certainly options in the energy sector with better long-term prospects. In other words, despite the big gains this week, investors should still tread cautiously here.

Why Peabody Energy Stock Soared as Much as 26.5% This Week @themotleyfool #stocks $BTU Next Article
Current