Turning a cold shoulder to Bloom Energy (NYSE:BE), shareholders hadn't found much to celebrate through the first half of July as shares tumbled nearly 25%. This week, however, investors are warming back up to the stock. As of the market's close on Thursday, shares of Bloom Energy are up 7.8% for the week.

In addition to the company announcing two new projects, investors drove the fuel cell stock higher in response to Wall Street's favorable outlook on its prospects. 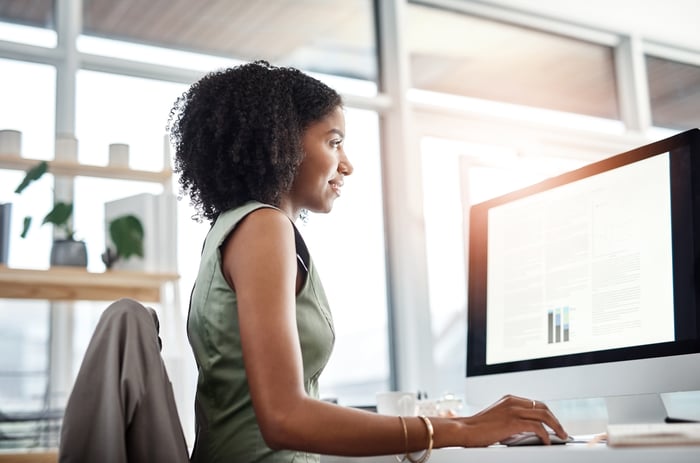 Investors began to grow gleeful on Wednesday, when the company reported that it will collaborate with SK ecoplant to develop a Combined Heat and Power (CHP) installation in South Korea. Evidently, investors won't have to wait long for the project to begin taking shape; construction of the 4.2-megawatt facility is expected to begin by the end of 2021.

News of the CHP project wasn't the only thing pushing shares higher, though, as an analyst revealed his bullish stance on the company's shares. Mark Strouse, an analyst with JPMorgan, raised his price target on the stock to $34 from $29 while keeping an overweight rating, according to TheFly.com. JPMorgan's optimistic take on Bloom Energy follows a similar move from Credit Suisse, which assigned an overweight rating on the stock and a $35 price target.

Thursday provided more fodder for Bloom Energy's bulls as the company announced that it is partnering with Heliogen, a developer of concentrated solar power plants, on a system that will produce green hydrogen from concentrated solar power and water. According to the companies, the first demonstration of this technology will be deployed at Heliogen's facility in Lancaster, California by the end of the year.

While the CHP project in South Korea and the green hydrogen project in California are interesting, it's unclear how material these projects will be to Bloom Energy's financials. Investors, therefore, should pay particular attention to the company's second-quarter 2021 earnings presentation on Aug. 4 to see if management elaborates on how -- if at all -- the projects fit into the company's long-term growth plans.