While news of the company's progress in Germany was one of several catalysts for the stock's gain last month, it's rise this week seems due to an analyst's bullish rating, though investors may also be looking to pick up shares before the company reports earnings next week. 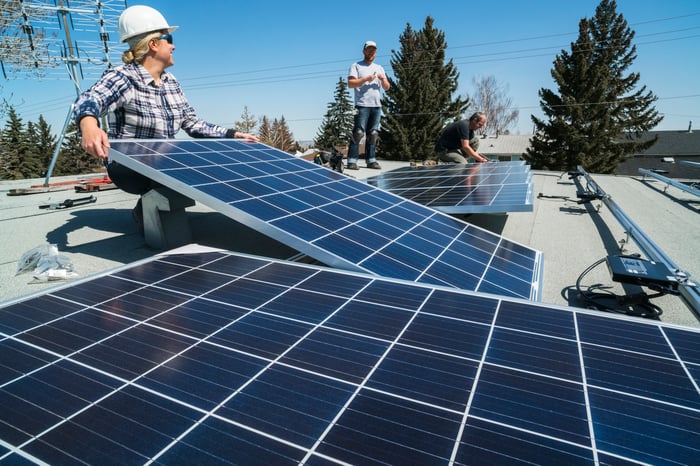 With the company releasing no news this week, it's logical to conclude that the rise in Enphase's stock is mostly attributable to JPMorgan analyst Mark Strouse raising his price target on the company's stock from $210 to $238 on Wednesday. This represents a 66% upside to the stock's closing price of $172.09 on Tuesday. In addition to the upwardly revised price target, Strouse maintained an overweight rating on the stock, according to Thefly.com.

It's likely that Strouse's new price target inspired investors to warm up to the stock, since Enphase had been drawing less bullish interest. Last week, Seaport Global initiated coverage on the stock with a neutral rating, and Bank of America reduced its price target to $213 from $214.

Besides the whims of Wall Street, investors may have simply been looking to buy the stock before it reports Q2 2021 earnings next Tuesday. The consensus among analysts is that Enphase will report revenue and earnings per share (EPS) of $312.4 million and $0.42, respectively.

While Enphase's rise this week is unsurprising considering the favorable attention it received from JPMorgan, it's critical for investors to recognize that when analysts provide bullish outlooks -- or bearish ones, for that matter -- it's not reason in and of itself to act. Often, analysts have shorter investing time horizons than the multiyear holding periods that we favor.

Therefore, investors whose interest in Enphase has been piqued this week will want to pay particular attention to the company's earnings report next week.