In many industries, quarterly earnings reports are key because they let investors know about a company's performance over the preceding three-month period. But many companies in the biotech industry are in the process of developing their first product and don't have much relevant financial information to report.

Thus, major moves in biotech stocks often have little to do with the financial details of their earnings. Still, investors need to keep an eye on earnings reports from biotechs for a few key reasons, including that management often releases important clinical trial updates alongside their financial information. 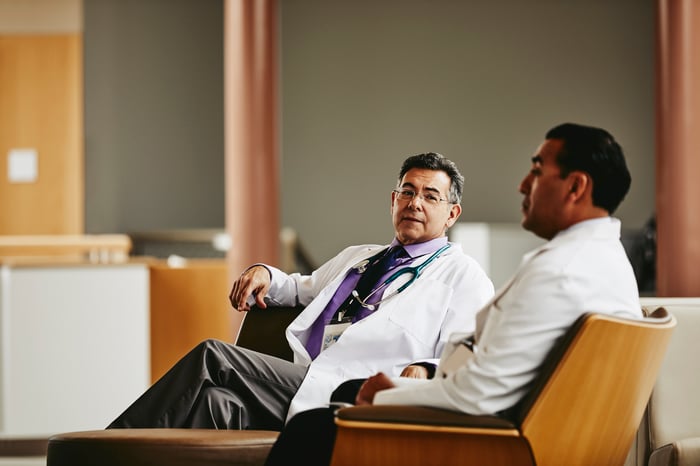 For biotechs that don't yet have a product on the market, earnings reports are still worth paying attention to. That's not because of the financials, where there's often not much to consider aside from the rate at which the company is burning money on research and development (R&D) or preparing for a product launch. Instead, earnings reports for early-stage biotech companies are opportunities for management to brief investors on updates from pipeline programs.

Remember, young biotechs have no path to recurring revenue if they can't produce a drug or technology and get regulators to approve it for sale. So any new information describing the chances of a project's success has a chance of moving the company's stock price.

Let's look at Novavax (NASDAQ:NVAX) as an example. On May 10, it reported its first-quarter 2021 earnings. Aside from a summary of previously disclosed activity over the quarter, the earnings report also mentioned positive preclinical data regarding its combination vaccine for influenza and coronavirus. That project could eventually be a massive moneymaker, as it could be administered seasonally to millions of people worldwide. Thus, the good news likely contributed to the stock's rebound over the next few days and beyond.

Of course, there was some bad news in the report, too. Novavax revealed that it wouldn't seek regulatory approval for its coronavirus vaccine until July, which was much later than expected. It's not uncommon to see similar updates on regulatory timelines or manufacturing operations in quarterly reports, and both of those are highly relevant for prospective investors and shareholders. 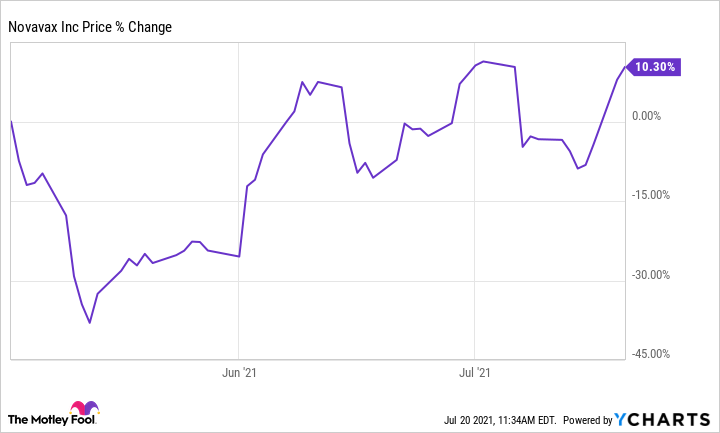 So far, I've only discussed biotechs that are in the process of making their first product. But plenty of biotechs already have drugs for sale and yielding revenue. For these more mature companies, earnings reports are more important, but investors should interpret them with a different focus than they do younger businesses.

First, there's the question of revenue and revenue growth. Simply having one product on the market isn't enough to guarantee revenue growth indefinitely for biotechs, especially considering that intellectual property protections eventually expire. Competitors may also succeed in making better products that can steal market share.

Then there's the ongoing issue of how much management is opting to reinvest in the business versus rewarding shareholders. If you don't pay attention to what's going on with these details, it's hard to evaluate whether a company is worth buying or continuing to hold.

As an example, Catalyst Pharmaceuticals (NASDAQ:CPRX) reported modest year-over-year revenue increases in its most recent quarterly earnings report. It also marked a significant increase in the level of selling, general, and administrative (SG&A) expenses, which rose from $10.1 million in Q1 of 2020 to $12.7 million. In the same period, R&D spending dropped by $1.2 million. To cap it off, management reported that the share repurchasing program initiated in March was proceeding swimmingly. There weren't any updates on pipeline programs in the report, so the stock's movement was driven solely by its financial performance -- which is something investors should expect to happen a lot of the time for companies like Catalyst.

In Catalyst's case, the increasing SG&A costs aren't necessarily alarming, as the company is trying to increase sales of one of its drugs. But falling R&D spending occurring alongside stock buybacks is a red flag. Paying off investors today while under-investing in future growth opportunities is a surefire way to hollow out the long-term value for shareholders.

So, with more mature biotech stocks, there's a lot more to digest in each earnings report, even if they don't have any pipeline updates. And there's no guarantee of a large stock-price movement or catastrophic failure in the clinic to let investors know when it might be time to bail out. Therefore, it behooves investors to read up on their favorite biotech's most recent performance update.

Even if there's no earth-shattering revenue growth to admire and no miraculous breakthroughs in the clinic to celebrate, paying attention to the tiny clues can help to separate the winners from the rest -- and potentially make you a lot of money in the process.