Clover Health (NASDAQ:CLOV) has been on the radar of the meme stock crowd lately. Shares have a high short interest and have been the target of a recent short seller report. They are also down 50% since coming public through Chamath Palihapitiya's SPAC in January.

That said, there are reasons the company could differentiate itself in the crowded Medicare insurance market. Let's dig into three of those and highlight why they could help Clover become a much bigger company in the future than it is now. 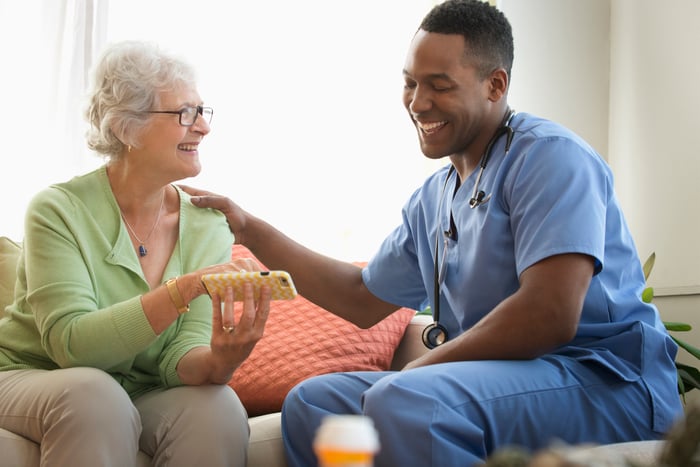 In 2007, the Centers for Medicare and Medicaid Services (CMS) started using a ratings program to evaluate Medicare Advantage (MA) plans. The scores -- ratings of one through five stars -- are determined by 47 different metrics across six categories. Each area is weighted by priority. Plans that achieve four or five stars get a bonus payment from the government. In 2021, those payments will total $11.6 billion. That makes those calculations a big deal for insurers providing MA coverage.

Despite the importance, the scores don't account for socioeconomic factors that have been shown to influence morbidity and mortality. This has an outsized impact on plans that cover a higher portion of diverse or disadvantaged members. It can mean being penalized for covering more complex patients. Clover counts itself among those affected.

Management has been working to get these additional factors incorporated into the scoring system. One way that is gaining traction is the health equity summary score (HESS). Early evidence has shown that Clover performs exceptionally well on this measure. The CMS Office of Minority Health has been studying the issue and could modify the rating system in the near future. With a current three star rating and more than 66,000 members, Clover could see a nearly $30 million bonus if CMS makes the change.

2. Direct contracting opens up a much larger market

A few years ago, the Center for Medicare and Medicaid Innovation announced it would launch a risk-sharing payment model as a way to incentivize lower expenses and improved quality for members. In April, it announced the initial 53 organizations that would participate. Clover Health made the cut, and the initial 65,000 members it brought in nearly doubled the total lives it covered. Management believes they have access to as many as 200,000 of these lives through its providers.

It's a good example of how software allows organizations to scale. With little additional investment, the company has quickly rolled its Clover Assistant out to the 1,800 additional providers across eight states for the program. Management points to that advantage as a way to grow in the $800 billion Medicare market and beyond. In the mind of management, the combination of personalized records and real-time clinical data in the Clover Assistant should help clinicians make better decisions regardless of care setting.

3. A shifting site of care

Most of the Medicare members who are touched by Clover are seen through primary care physicians. But not everyone is healthy enough to visit a doctor's office. To serve those patients, the company has Clover Homecare -- a Clover Assistant-powered tool that facilitates home-based primary care.

It's a growing market. Overall, spending on home healthcare is projected to grow more than 8% annually over the next half-decade reaching nearly $300 billion. These complex patients typically account for an outsized portion of overall medical expenses in any patient population. Controlling those costs is a key to profitably managing an at-risk payment program. In its most recent earnings call, the company said it had data showing the Clover Homecare tool reduced hospitalizations, emergency room visits, and skilled nursing facility stays. If true, that will be a big advantage for a high-cost segment. It could mean Clover can profitably manage patients its competitors can't.

Reasons to be hopeful

The potential for changes in the Medicare quality scoring system, Clover's inclusion in the agency's direct contracting program, and the application of the Clover Assistant at multiple sites of care all represent avenues for growth. Although the market is competitive, reducing costs and improving outcomes will ultimately determine the winners. Despite volatility in the stock price, if its tool can continue to deliver for members, the company should have a bright future ahead.