When the management of America's largest automotive retailer, AutoNation (NYSE:AN) speaks on the light-vehicle market, it's usually a good idea to listen. That especially applies for investors in automotive suppliers like 3M (NYSE:MMM) and it's also highly relevant for companies that have automakers as a key end market like Rockwell Automation (NYSE:ROK) and Cognex (NASDAQ:CGNX). So in that context, let's look at what AutoNation CEO Mike Jackson said about the auto retailer's recent results.

You don't need a degree in economics to understand that the interplay of supply and demand usually sets the price. And right now, there's no question that demand for new vehicles exceeds supply. As such, prices of new and used vehicles are higher -- great news for AutoNation's revenue and margins. A quick look at AutoNation's new and used vehicle sales and gross profit margin in the second quarter confirms this.

Moreover, Jackson expects the favorable environment to continue. Quoting from him on the earnings call: "Demand continues to outpace supply for new vehicles. We expect this to continue into 2022 due to consumers' preference for personal transportation coupled with lower interest rates."

On the supply side, it's no secret that shutdowns at factories caused by the pandemic have led to supply chain difficulties for automakers. In addition, the much-documented semiconductor shortage -- a combination of production shutdowns and a shift in consumer demand toward computing devices during the lockdowns -- has exacerbated the problem. As such, global automotive production is not seen as normalizing until 2022. 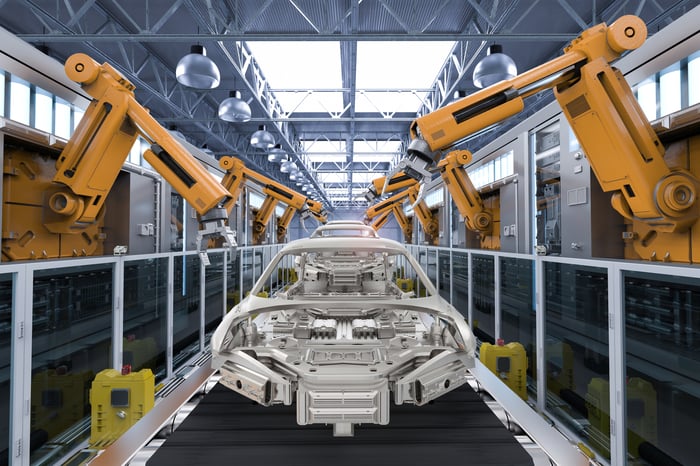 That's not great news for companies that sell to automakers. For example, over the last few quarters, Rockwell Automation has merely held steady on its full-year guidance for sales growth in the automotive end market, while ramping up guidance across a host of other industrial end markets. Similarly, machine-vision manufacturer Cognex faces near-term headwinds from lackluster automotive spending due to auto production curtailments. The sector tends to be one of Cognex's key end markets; automakers tend to be early adopters of automation and machine-vision technology.

Whether the automotive sector will boost spending or not is an open question. The uncertainty around it is part of why 3M's full-year transportation and electronics segment's sales-guidance range is so wide. It's why 3M's management's current guidance calls for low- to high-single-digit growth in the segment for 2021.

Also, Jackson gave commentary suggesting some sort of paradigm shift caused by the pandemic. During the earnings call, he discussed automakers and the industry in general, saying, "This idea of having 4 million vehicles sitting on lots across America as the way to run an industry, I think is genuinely being rethought."

Again, this suggests automakers might be cautious over being too aggressive in ramping up production.

While the near-term prospects for the supply side are open to question, Jackson's commentary on the demand side was unequivocally positive. Here again, he held out the possibility of a shift in behavior caused by the pandemic, but this time regarding consumers. He argued that the pandemic had caused "a dramatic shift in consumer spending priorities" with larger homes demanded and "the safety and convenience of personal transportation." 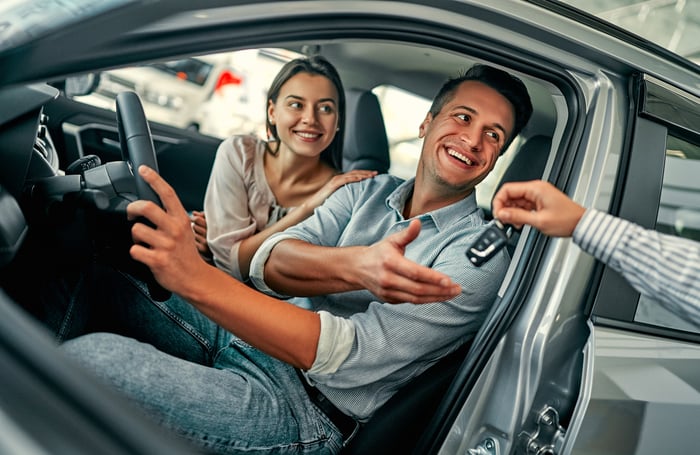 It remains to be seen whether this will turn out to be a near-term impact or not. However, given the strength of current demand, particularly in light of the financial stress that many suffered during the lockdowns, it's reasonable to think the impact will be more lasting.

If this does prove to be the case, then it's likely that auto production will follow demand, albeit once the near-term supply chain issues and semiconductor shortages are ironed out.

It's tough to know what the automotive suppliers will report when they release earnings. On the one hand, the worst of the supply chain issues should be behind the automakers, but on the other hand, problems remain. If Jackson is right about a rethink in the industry, automakers may be cautious about overspending.

However, suppose the demand side holds up, with consumers keen to avoid public transport and the return of job growth fueling spending. In that case, light-vehicle production will inevitably pick up over the long term. That's likely to be excellent news for Cognex, 3M, and Rockwell Automation, and investors should be patient with them, even if the second-quarter automotive-related earnings aren't great. Because if Jackson is right about a shift in demand, then the auto suppliers will inevitably benefit in time.