After spending $45.5 billion on available spectrum in 2020, there may be a concern that Verizon has taken on too much debt and bet too much on 5G wireless with too little return on the horizon. But we're starting to see growth pick up, and with 5G Home broadband service growing this could be an undervalued growth stock with a great dividend. As an investor, I love that combination. 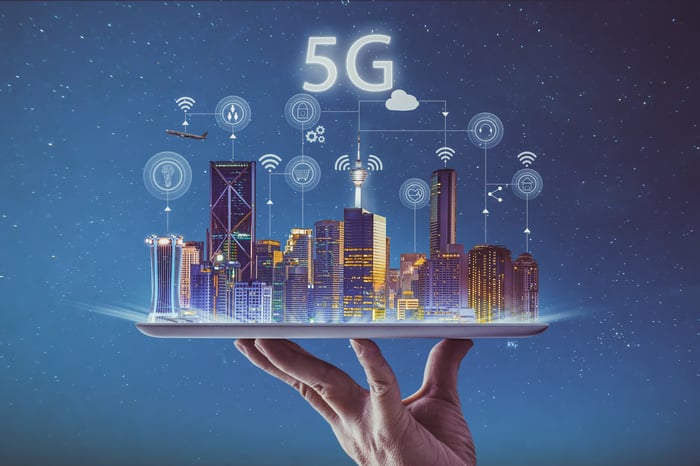 Reason to be optimistic

If Verizon stock is going to break out of its malaise, the company is going to have to show it can add connections at a faster pace, increase revenue growth, and report higher profits that could be used to pay dividends or reduce debt. And while we aren't seeing much impact from a broad 5G rollout yet, we are starting to see some progress towards all three.

Verizon recently reported second-quarter financial results, and there was a lot for investors to like. Consumer revenue was up 11.2% to $23.5 billion, and business revenue increased 3.7% to $7.8 billion. Overall revenue jumped 10.9% to $33.8 billion, and cash flow from operations hit $20.4 billion, helped by a strong device upgrade cycle. Wireless connections rose to 94.6 million, which was up from 94.0 million a year ago.

What really drove the revenue increase was higher pricing for consumers, who are upgrading to unlimited 5G connections at a faster rate than expected. In other words, the core business is getting stronger.

5G Home could be a game-changer

Verizon has long been stuck in a valuable but small box given what it can offer consumers. Wireless connections are its main business, with some fiber broadband, hardware, and content services sprinkled in -- but there was never a natural bundle like cable's triple-play (cable TV, phone, and broadband internet). That could change with 5G Home, which will allow Verizon to offer wireless home broadband service nationwide.

This is a big deal because this is incremental new revenue for Verizon. The company has very few broadband customers outside of its East Coast fiber network, but it has tens of millions of wireless customers. If the company can get some of those customers to switch to Verizon wireless broadband, it would be a huge win -- and there's a compelling reason to switch.

5G connections could be significantly faster than cable or DSL broadband connections (depending on location), and they won't require a cable coming to the house. My experience is anecdotal, but I get a faster connection on my Verizon wireless connection than my Comcast cable broadband, so when it's available in my area I plan to make the switch to 5G Home.

Verizon is initially charging $50 per month for 5G Home for existing wireless customers, which is very competitive with cable. If the company can attract 10 million customers, that would be $6 billion in incremental revenue growth on the existing network. That could be a huge win, and a game changer for the business.

Verizon's best days are ahead

Telecommunications stocks may not be in favor right now, but I think there's a lot for investors to like. Verizon stock trades at just 10.6 times estimated 2021 earnings and pays a 4.5% dividend yield, and could grow its business significantly as 5G rolls out and home broadband service is added nationwide.

There are risks, like competition from lower-priced operators and Verizon's $141.6 billion in unsecured debt, but I think the strong earnings and value for investors outweigh the risks. That's why Verizon is a dividend stock I'll keep in my portfolio.