Many investors are ill-informed about these risks.

Chinese American Depository Receipts (ADRs) have long been popular with U.S. investors. After all, who wouldn't love the opportunity to profit from the growth of cutting-edge technology firms in the world's second-largest economy that are expanding their reach across the globe?

Unfortunately, that romantic dream -- and investors' hopes for strong returns -- have come crashing down as the central government in Beijing reins in its domestic tech titans. As a result, Chinese tech stocks have been in a skid. But now is not the time to go bargain hunting -- China's tech sector sell-off could last for months or years. 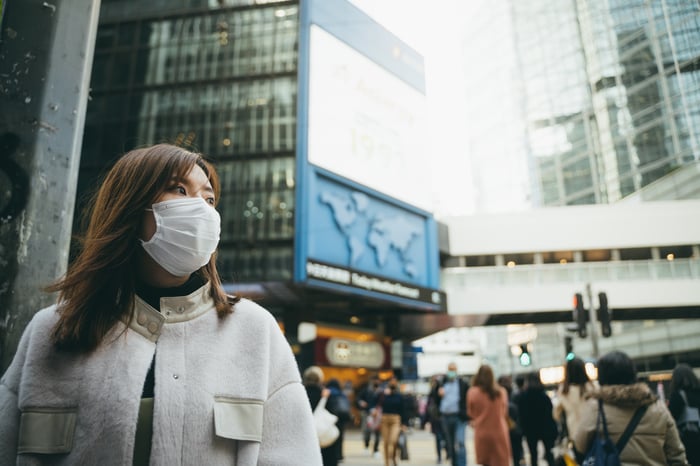 Over the past decade, the rapid growth of Chinese tech companies has elevated many of their founders to the world stage. Leaders such as Alibaba (BABA 4.79%) founder Jack Ma became increasingly intertwined with their counterparts at Silicon Valley. Ma, in particular, was mesmerized by how U.S. entrepreneurs could "stand up" to their government via lobbying and influencing legislation to protect their business interests. Unfortunately, when those tech leaders tried similar tactics back home in China, it didn't go so well.

The ruling Chinese Communist Party (CCP) does not like it when private businesses begin to overshadow its own success, nor is it particularly tolerant of dissent in general. At least half a dozen Chinese billionaires and major business leaders have disappeared from the public spotlight in the past year after getting on Beijing's bad side. Ma became the poster boy for that coterie of overreaching execs as the CCP squashed his plan for a $37 billion IPO of fintech company Ant Group. He also vanished from public view for months. He's now "back," but has become more docile than before, and had made few public appearances.

The day before that, Chinese authorities announced that they were banning for-profit educators like New Oriental Education & Technology (EDU 6.24%) and TAL Education Group (TAL 4.02%) from turning a profit, going public, or raising capital from foreign investors. Altruistic goals of making education affordable aside, the acceptance of foreign capital would mean foreign stakeholders could have influence over decisions regarding the companies' curriculums. That's not something the authoritarian party was willing to accept.

In addition, keep in mind that China's international position on the world stage has changed drastically over the past year. Issues like the origins of the coronavirus, human rights violations of Uyghur Muslims, geopolitical tensions in the South China Sea, and allegedly state-sponsorship of cybercriminals are all stumbling blocks in the way of Chinese tech companies' international expansions. They tend to encourage Uncle Sam to use his favorite economic weapon against disobedient foreign powers -- sanctions. For example, Huawei can no longer make phones with 5G after the U.S. banned its suppliers from doing business with them.

But politics aside, there is another reason why Chinese companies are simply not wise investments. right now. And you can't really blame the CCP for this problem.

Unlike some of their Western counterparts, Chinese consumers overwhelmingly favor price over quality. According to PricewaterhouseCoopers, if a brand does not signal high social or economic status, Chinese consumers become very price sensitive. This culture has had a major impact on the economics of doing business in China. Because margins are so thin, companies have no choice but to artificially drive down their prices to attract more customers, and then -- assuming they survive -- raise them after their competitors go out of business.

For example, Xiaomi (XIACF -1.27%) has now overtaken Apple (AAPL -0.34%) in the global smartphone market -- with a 17% market share (which is even bigger in Mainland China). It achieved this by capping its profit margin on smartphones at 5% to keep prices low and squeeze out industry peers. (Compare that, for example, to Apple's profit margin of 27%.) In fact, you could get a 6.53-inch HD 64 GB smartphone from Xiaomi for $160 -- just don't ask questions about customer support or how long it will last.

This common strategy has created a slew of Chinese tech monopolies, and some of them have truly gotten out of hand. I'd say that even hardcore capitalists could see the logic behind breaking them up. Take DiDi Global (DIDI 12.65%) -- founded just nine years ago, it now controls an 88.7% share of the Chinese ride-share market. With its dominance in its niche, the company can change fare rates and driver pay at will -- and it has. If users and drivers don't like it, too bad. There are simply no significant rival services to choose from.

Not surprisingly, DiDi is facing sharp scrutiny from Chinese regulators. The government recently banned its app from app stores, and for now, new users may not register for its service. There are rumors that the central government plans to issue an "unprecedented fine" to DiDi for violating consumer protection laws. To put that into context, China's biggest fine to date was levied in April against Alibaba for violating antitrust laws -- a whopping $2.8 billion. So if the chatter is accurate, DiDi would be on the hook for more.

Right now, Chinese tech stocks are ridiculously cheap. For example, China's biggest retailer JD.com (JD 5.00%) trades at only 15 times earnings despite growing sales rapidly in the last year. Alibaba is not far off with its low valuation of 25 times earnings. Both stocks are over 30% off their highs.

But I don't think these cheap prices present a solid entry opportunity -- they look more like classic value traps. Investors who buy the dip today should be aware that they could wake up one morning and see the CCP has banned new user registration on their favorite Chinese tech firm's platform or decided to break one up into its component parts -- sending its market value plunging. A governmental crackdown could come any day, for whatever reason. Sometimes, the news that's driving a share price drop won't even reach Western media until the stock in question has already lost half of its value. For these reasons, investors should avoid Chinese tech stocks for the time being.