If you have $5,000 spare lying around, there couldn't be a better time to invest in energy stocks. Energy stocks have been all over the place in the past one year. On one hand, oil and gas stocks have rallied sharply alongside the dramatic recovery in crude oil prices. On the other, red-hot clean energy stocks have cooled off quite a bit in recent weeks on profit-taking.

The thing is, volatility is inherent in energy stocks, and you only have to find opportunities while you can to buy compelling stocks poised to win in the long run. The four energy stocks I discuss here fit the bill, and the best part is that these four names cover almost the entire energy sector, right from oil, natural gas, solar and wind energy, to electric vehicles. Take your pick.

Your go-to stock to bet on higher oil prices

ConocoPhillips (NYSE:COP) is a top stock if you want to ride the oil price rally. The oil exploration and production behemoth is making big growth moves, deleveraging its balance sheet, and generating strong cash flows that are boosting shareholder returns. The fact that ConocoPhillips didn't cut its dividend last year unlike in 2016, despite the oil market crash, and was among the first oil companies to resume share repurchases after suspending them, speaks volumes about the company's agility, financial fortitude, and commitment to shareholders. 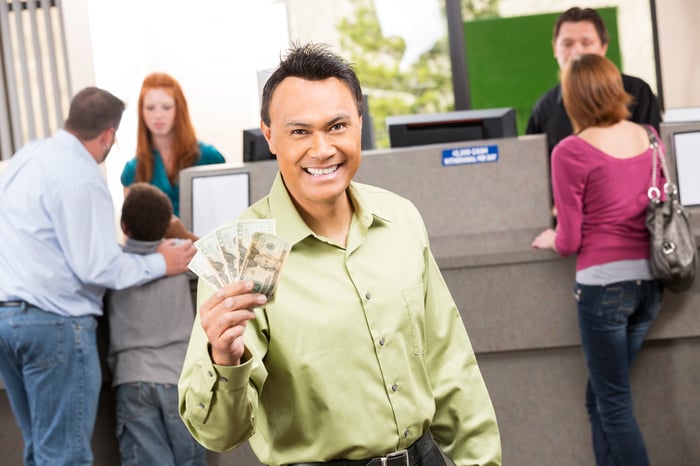 Having recently acquired Concho Resources, ConocoPhillips is preparing for the next growth phase. The acquisition has expanded ConocoPhillips' low-cost production asset base substantially, which could go a long way in helping the company ride out volatile years. While the oil giant focuses on repaying debt, Concho and tapering capital expenditures now that the acquisition is behind it should hugely help boost its cash flows. As cash flows grow, so should shareholder returns.

In fact, in its 10-year plan unveiled in June, ConocoPhillips projects it could generate as much as $145 billion in cash from operations (CFO) at oil price of $50 per barrel. With management aiming to return 30% CFO to shareholders, the 3%-yielding stock looks like a winner in the making.

NextEra Energy (NYSE:NEE) owns the largest regulated utility in the U.S. and is also the world's largest producer of wind and solar energy. The compelling combination of a resilient utilities business and high growth-potential renewable energy business makes NextEra one of the most promising stocks in the energy sector. 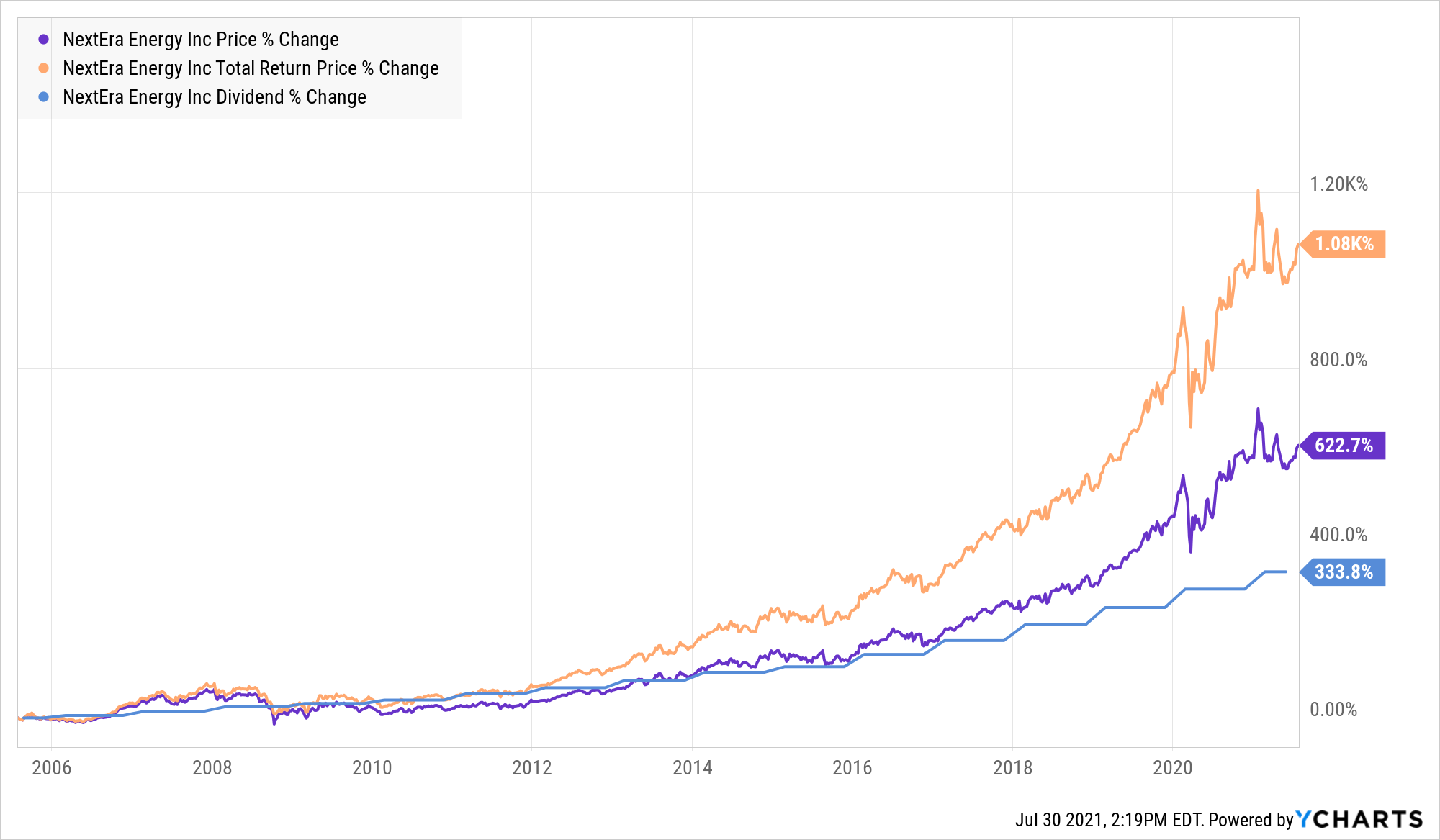 NextEra stock has been a tremendous multibagger over the years buoyed by earnings and dividend growth, and it's likely the stock will keep growing for one big reason: NextEra's goal to grow its adjusted earnings per share by 6%-8% through 2023 and annual dividend by 10% or more through at least 2022 off 2020 base. Much of that growth should come from the company's renewables arm called Energy Resources, which expects to build renewables capacity worth a whopping 23 to 30 gigawatts through 2024.

NextEra Energy is, in fact, a Dividend Aristocrat, which explains why the 1.9%-yielding stock has been such an outperformer despite its small yield.

With global transportation companies striving to cut emissions, demand for electric vehicles is growing exponentially. Here are some stunning numbers for 2020 from the U.S. International Energy Agency (IEA):

The IEA predicts 145 million electric vehicles could hit the roads by 2030 under existing global policies, and that number could go up to 230 million if governments accelerate clean energy spending.

In short, there's tremendous growth potential, but none of it will come to fruition if electric-vehicle infrastructure doesn't ramp up alongside. That's why you must pay attention to ChargePoint Holdings (NYSE:CHPT).

ChargePoint dominates 70% of the domestic charging market for Level 2 -- the most widely used EV charger in the U.S. -- and stands out because of its business model: It doesn't own charging stations but sells hardware and software solutions to station operators that can fuel all types of vehicles. Half its revenue is recurring under software-as-a-service (SaaS) subscriptions.

In its first quarter, ChargePoint's revenue grew 24% year over year and customer count crossed 5,000 to hit a record high. With ChargePoint projecting nearly 37% growth in revenue at the midpoint for 2021 and expanding into Europe even as the Biden administration kicks off spending on clean energy, its a stock worth owning in the energy space.

Enterprise Products Partners (NYSE:EPD) has two things going for it: It's a midstream oil and gas company and a leading natural gas play. Natural gas is a relatively cleaner fossil fuel. Enterprise Products Partners doesn't just operate one of the largest pipeline networks in the U.S., but also deals in petrochemical products like ethylene and propylene and is the world's largest exporter of liquefied petroleum gas (LPG).

For investors, the biggest appeal lies in Enterprise Products Partners' dividends, or distribution. Because it's structured as a master limited partnership, the company can pay out almost all of its cash flows to shareholders as distribution. To top that, because the bulk of its cash flows are predictable as they come from fee-based contracts, Enterprise Products Partners has been able to reward shareholders with 22 consecutive annual dividend increases.

In its just reported second quarter, Enterprise Products Partners' net income grew 8% year over year, and it generated enough distributable cash flow to cover its distribution 1.6 times. That's a sign of how reliable the company's dividends can be, which is what makes this 7.9%-stock such a compelling pick in the energy sector.

Got $5,000? Here Are 4 Energy Stocks to Buy and Hold for the Long Term @themotleyfool #stocks $EPD $COP $NEE $CHPT Next Article
Current