What's worse than the fear of missing out? I'd put the fear of having already missed out high on the list. There's nothing you can do once an opportunity is gone.

Some investors might be feeling as if they've already missed out on the FAANG stocks. After all, four of them --  Apple (NASDAQ:AAPL), Alphabet (NASDAQ:GOOG) (NASDAQ:GOOGL) (whose Google unit is the "G" in FAANG), Amazon.com (NASDAQ:AMZN), and Facebook (NASDAQ:FB) -- rank among the top 10 biggest companies in the world. Only Netflix (NASDAQ:NFLX) lags behind, but the streaming company still has a market cap of close to $230 billion.

If you're concerned that you've missed out on a great opportunity with the FAANG stocks, don't worry. Consider buying these PfANG stocks instead. 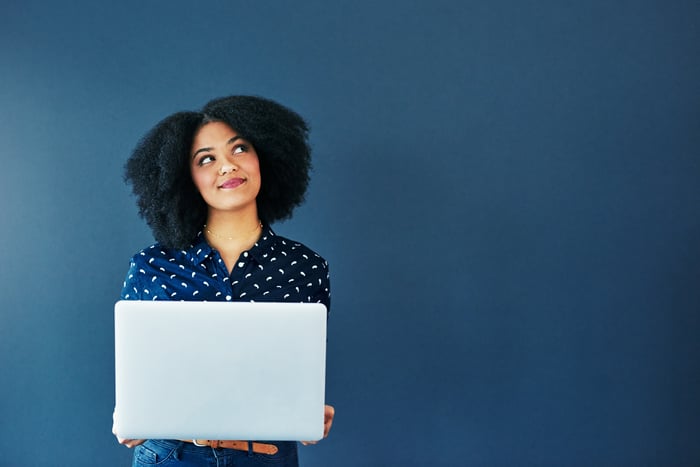 Aside from the fact that they're all now huge, the FAANG stocks have something else in common: They're all tech stocks. While technology remains a hot area for investors, the healthcare sector also offers tremendous growth prospects. Each of the PfANG stocks ranks as a leader in healthcare, albeit in very different ways.

Pfizer (NYSE:PFE) contributes the "Pf" in PfANG. The company is by far the best known of the group. Pfizer, of course, markets a blockbuster COVID-19 vaccine along with its partner, BioNTech. The company also has a product lineup that's loaded with other successful drugs and vaccines.

Nano-X Imaging (NASDAQ:NNOX) expects to disrupt the medical imaging market with its digital X-ray devices. The company recently filed for U.S. Food and Drug Administration (FDA) clearance of the first version of its multisource digital system.

Guardant Health (NASDAQ:GH) is a leader in developing liquid biopsy tests for cancer. The company's first products on the market help match patients with the best cancer therapy and enable drugmakers to develop new therapies.

A catchy name that sounds just like FAANG doesn't make these four stocks great picks, of course. However, there are two specific things that set these stocks apart:

Pfizer has been around a long time and is by far the biggest of the PfANG stocks. The company still has multiple growth opportunities, though. One of the most significant of these is in messenger RNA (mRNA) therapies and vaccines.

The company continues to work closely with BioNTech on its mRNA COVID-19 vaccine program and an mRNA flu vaccine. Pfizer plans to move forward with mRNA development on its own as well.

Align Technology has generated impressive growth in recent years. The company, though, still has only captured 11% of the addressable market for clear aligners.

Nano-X doesn't plan to compete for market share in the $21 billion medical imaging market; it fully intends to expand that market. The company's mobile devices cost only a fraction of current X-ray systems. Two-thirds of the world population have no meaningful access to medical imaging. Nano-X's opportunity is wide open.

Guardant Health targets a $70 billion-plus potential market in cancer therapy selection, recurrence monitoring, and early screening. There are other companies going after this market as well. However, Guardant stands as one of the leaders and already has strong adoption for its initial liquid biopsy products.

Still some bite left in the FAANG stocks, too

I think that the PfANG stocks could deliver market-beating returns over the long term. But you don't really need to worry about having already missed out on the FAANG stocks.

Augmented reality and virtual reality present big growth opportunities for Facebook and Apple. Artificial intelligence should serve as a growth driver for both of these stocks as well as Alphabet. Netflix is moving into gaming. These FAANG stocks should still have some bite left in them.