With nearly a $120 billion market capitalization at the time of this writing, it may be tempting for investors to conclude that the Snapchat parent company's $3.3 billion in trailing 12-month revenue couldn't possibly justify such a frothy valuation. Furthermore, the case against the stock looks even stronger when investors realize that Snap still isn't profitable.

But there are some good reasons this growth story is arguably worth paying up for. 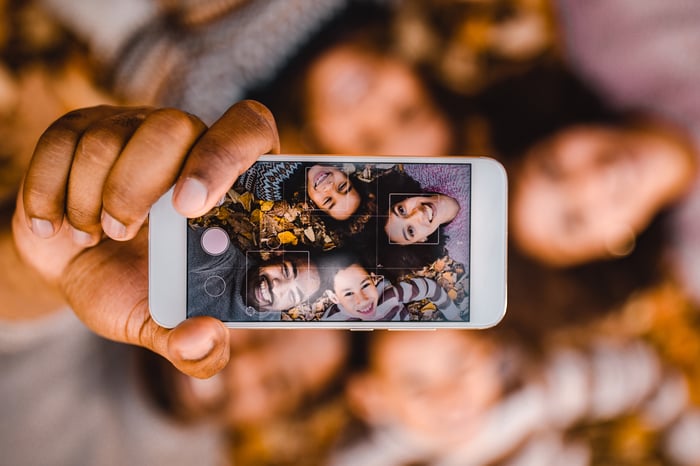 Second-quarter revenue, for instance, grew 116% year over year to $982 million. Yes, this growth rate was aided by an easy year-ago comparison, when revenue rose just 17% year over year as advertisers reduced or even paused ad spend amid an uncertain economic environment and lockdowns. But here's something to mull over: Management guided for third-quarter revenue to grow 58% to 60% despite going up against a tough comparison of 52% revenue growth in the third quarter of 2020.

Despite Snap's impressive growth, some investors might still be afraid to invest in Snap because the company is losing money. But here's a better way to look at it: Snap isn't profitable... yet. In time, however, the tech company will not only likely be profitable but eventually even boast a lucrative net profit margin.

After all, the more revenue Snap is bringing in, the more its profit margins are improving. This suggests that Snap has a scalable business model -- similar to Facebook. Consider that Snap's operating margin on a trailing 12-month-basis has improved from about negative 100% in early 2019 to negative 23% today. Similarly, Snap's annual gross profit margin has improved from negative 12% in 2016 to 54% today.

So is Snap worth $120 billion? Easily so, in my opinion. Sure, investors should plan for potential unexpected curveballs. Any investment could go astray. In Snap's case, Facebook's Instagram could prove to be tougher competition than expected. In addition, it's always possible that the photo- and video-sharing social networking that is so popular today with young people fizzles out in the future. But with Snap's user growth accelerating recently, and with the company's ad products attracting significant growth in ad spend, these risks seem to be small in relation to the company's potential.