Blackstone Group (NYSE:BX), Moelis & Co. (NYSE:MC), Travelers (NYSE:TRV), and First American Financial (NYSE:FAF) all posted strong growth year over year, aided by the recovering economy. While the economic backdrop helped, these stocks are also solid companies and top performers in their industries. Not only that, but all of these stocks yield investors an attractive dividend as of Monday's close.

In the second quarter, Blackstone Group reported revenue of $5.3 billion, an increase of 110% compared with the same quarter last year. This strong revenue growth flowed down to the bottom line, as diluted earnings per share (EPS) came in at $1.82, up 125% from last year.

Blackstone saw its best quarter ever for earnings while also seeing its best 12-month fund appreciation in its 35-year history.  Blackstone's growth was driven by strong performance across its investments, with growth especially strong from its real estate and private equity investments. Its real estate segment saw revenue increase 99% to $572 million, while its private equity segment revenue grew 129% to $804 million in the quarter. Its hedge fund solutions segment grew a little slower, but was still up solid 19% from last year to $175 million. 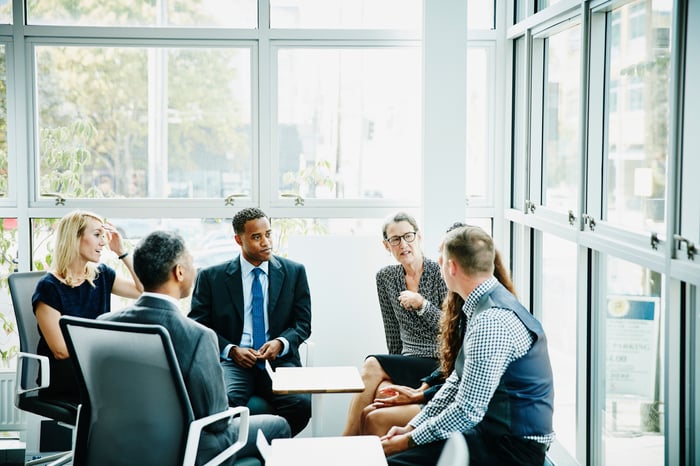 The company has done well at its core business, but is also seeing positive momentum as it expands into retail and insurance channels. Blackstone partnered with AIG to be the exclusive external manager for a significant portion of AIG's life and retirement portfolio, which will grow to $92 billion of assets under management over time.

Blackstone's management sees a great opportunity in the retail and insurance channels, which have nearly twice as many assets globally as its institutional channel, its traditional business channel. The company is also seeing strong demand for its real estate products, raising $4 billion per month on two of its newer real estate products, and it expects strong demand to continue for years. Blackstone is set up well for growth, and should have no problem maintaining its 2.6% dividend yield.

In the second quarter, the investment bank Moelis & Co. reported revenue of $361 million, an increase of 126% compared with the same quarter last year. The bank delivered its second-largest quarterly revenue ever, with its growth driven by increased transaction activity, led by strong mergers and acquisitions (M&A) activity. This strong revenue growth flowed down to the bottom line, as diluted earnings per share came in at $1.17, a big improvement from its diluted loss per share of $0.10 in the same quarter last year.

CEO Ken Moelis says he has "never been more optimistic" about the business. He says the company, and the industry in general, have entered a period of secular growth. For Moelis & Co., that means the pace of new business is high and its pipeline of deals is as strong as ever. Moelis also says the fundamentals of M&A markets are changing in front of our eyes, noting the vast amount of money flowing into private equity and other alternative investments.

Another space where Moelis sees opportunity is a newer asset class with significant value: unicorns, or private companies with a valuation of over $1 billion. There are over 900 unicorns with a combined market capitalization of $3 trillion, some of which could go public while others could be M&A candidates. The strong M&A activity, driven partly by the vast number of unicorns, should spur further growth for Moelis & Co., which yields investors a solid 3.71% -- and that's not including special one-time dividends like the $2 per share paid to investors in June.

Policies in force for personal lines of coverage, like auto and homeowners insurance, were at record levels while the company saw strong retention and growth in new business. Its strong retention despite increasing premiums is reflective of the insurance industry's view of headwinds, indicating a hardening insurance market.

The insurer is positioned well if the inflationary environment is here to stay. CFO Dan Frey mentioned that the company has natural hedges as part of its business that can mitigate the effects of inflation. That's because higher inflation is associated with strong economic activity, which leads to the need for higher insurance exposure, leading to higher margins for the insurer. The company would also benefit from higher returns on its investment portfolio as inflation increases. All of these should serve as a tailwind for the company that has raised its dividend for 17 years straight, and currently yields investors a solid 2.4%. 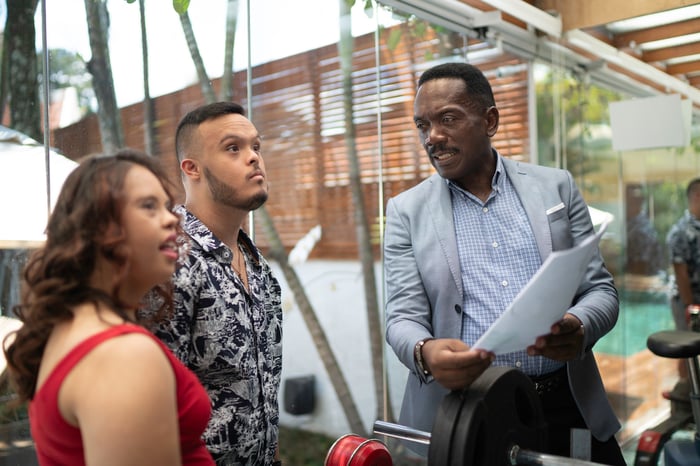 First American Financial is a financial services company with a primary focus on the real estate market, providing title insurance, closing and escrow services, and other services related to real estate transactions.

The title segment -- its biggest reporting segment -- saw revenue of $2.1 billion, up 44% from last year, which was driven by strength in the purchase and commercial markets. Purchase revenue was up 66% thanks to an increase in closed orders as well as an increase in average revenue per order. Meanwhile, commercial revenue was $223 million, up 104% from last year and management expects a record year from this business.

CEO Dennis Gilmore is optimistic 2021 will be a good year. The company continues to grow and expand its historical content, which will help it improve title underwriting decisions across various geographic regions.

The company is also optimistic about its $260 million investments in venture-backed companies in the "proptech" space -- short for property technology. One of its biggest winners thus far has been OfferPad, a real estate software-as-a-service company serving real estate agents and brokers. This company recently reached a merger agreement with Supernova Partners Acquisition Company, giving it a valuation of $2.25 billion. At this value, First American Financial will book a gain of $237 million on its $85 million equity investment.

A positive real estate market coupled with its strategic investments could spur further growth for First American Financial, which yields 2.7% at Monday's close.