This high-yield dividend stock is beating the market largely due to the strength of its underlying natural gas business.

During its Q2 2021 conference call, Kinder Morgan CEO Steve Kean said that the company remains "bullish on U.S. natural gas," predicting 24% growth over the next 20 years along with strong oil and natural gas prices for the remainder of 2021. Let's take a deep dive into Kinder Morgan's existing and planned natural gas business to determine if the stock is a good buy now. 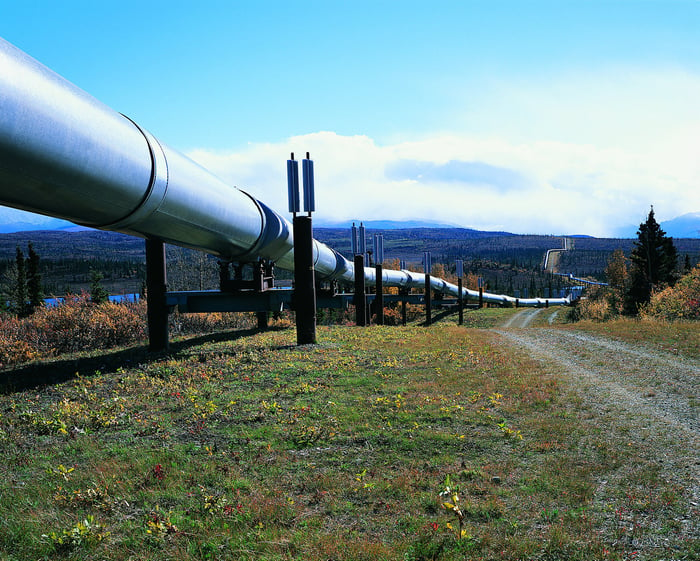 A business anchored by consistency

Energy companies were blindsided by the pandemic-induced decline in oil and gas demand and prices. Impressively enough, Kinder Morgan's guidance from April 2020 proved to be more than 99% accurate. Its business suffered relatively minor year-over-year declines of 8% for distributable cash flow (DCF) and 9% for adjusted EBITDA.

Kinder Morgan's precise forecasting and strong performance during a tough year are thanks to its long-term take-or-pay and fee-based contracts. Upwards of 90% of Kinder Morgan's cash flow is tied to these contracts, which helps protect it from price and demand risk. The downside is that these contracts limit the upside potential if oil and natural gas prices rise (as we saw during the Texas winter freeze). However, given Kinder Morgan's objectives of maintaining a strong balance sheet, generating a lot of DCF, and growing its dividend, consistently OK results are preferrable to wild quarterly swings.

Kinder Morgan's natural gas pipeline business contributed roughly two-thirds of its first-half 2021 adjusted EBITDA, with the other segments being products pipelines (like crude oil and diesel), terminals, and CO2. The company remains dedicated to natural gas, and allocated 70% of last year's expansion capital to natural gas and liquefied natural gas (LNG) endeavors. Major natural gas infrastructure projects like the Permian Highway Pipeline (which went into service in November 2020) and the Elba LNG liquefaction terminal are expected to generate reliable returns.

Although Kinder Morgan has been in capital-preservation mode since the oil and gas downturn of 2014 and 2015, investing in new projects is critical for generating long-term DCF and growing its dividend. The issue is that many of Kinder Morgan's long-term contracts are associated with legacy natural gas infrastructure that has declined in value.

As those contracts expire, or "roll off," Kinder Morgan either has to divest away from these less profitable assets or sign new contracts. Although oil and natural gas prices are up this year, the business climate over the last few years is worse than it was 10 years ago. Between 2016 and 2020, Kinder Morgan's assets have declined in value by upwards of $8 billion, or around 10% (due to project write downs and divestments). This decline is one of the main reasons why Kinder Morgan hasn't produced consistent net income despite its DCF and adjusted EBITDA being so strong. Aside from asset declines, Kinder Morgan has been renewing a lot of contracts on less favorable terms, which is weighing on its adjusted EBITDA.

Less recontracting in the coming years

Earnings from Kinder Morgan's new investments are needed to cover the shortfall from its declining legacy assets. During its Q2 2021 conference call, management noted that the underlying natural gas business is strong, but contract roll offs were hurting performance. However, the good news is that recontracting headwinds will begin to decline substantially after this year.

In its 2021 investor presentation, Kinder Morgan said that contracts on its natural gas pipelines have an average remaining term of six years. Starting in 2022, Kinder Morgan will essentially have a multi-year period where the added earnings of its newer projects won't be weighed down by declines in its older projects. For example, Kinder Morgan estimates that natural gas projects placed into service in 2020 alone will generate close to $300 million in annual EBITDA, or about 4% growth from total 2020 adjusted EBITDA.

Looking ahead, Kinder Morgan expects upwards of 80% of natural gas growth between 2020 and 2030 to come out of Texas and Louisiana. The Gulf Coast is ideally situated to export LNG to buyers overseas -- and in Mexico, which is establishing itself as a growing LNG importer.

Kinder Morgan's existing infrastructure and project backlog are set up nicely to capitalize on this concentrated growth region. The Permian Highway Pipeline is mainly used to transport gas out of the Permian Basin to liquefaction terminals along the Gulf Coast, and energy-dependent developing countries serve as attractive buyers for U.S. LNG. Kinder Morgan expects to play a leading role in the transportation and storage of natural gas so that the U.S. can become a leader in LNG exports.

For the remainder of the year, Kinder Morgan estimates that natural gas prices will average $3.50 MMBtu and West Texas Intermediate (WTI) crude oil prices will average $70 per barrel. Higher prices are one of the reasons why the company just raised its guidance. Aside from its existing backlog, Kinder Morgan estimates that more takeaway capacity could be needed out of the Haynesville shale in the next three to five years, as well as the Permian Basin toward the end of the decade. Given that the company is at the tail end of recontracting its legacy assets and just put into service some attractive projects, Kinder Morgan appears well-positioned to gradually increase its DCF, and in turn its dividend, for years to come.