No matter the industry, the best companies in the world tend to share a few core traits. These include strong leadership, innovative products and services, competitive advantages, and room to scale. These companies tend to make great stocks, too -- think Amazon, Walt Disney, and Starbucks. Yet the reality is that the broader market's rebound from last year's pandemic-induced sell-off and its year-to-date 17% rise are making stock bargains harder to come by.

To find a balanced company whose stock is also selling at a reasonable price, you have to think outside the box. Or rather, outside the parcel. United Parcel Service (NYSE:UPS) is a company you're probably familiar with, but a stock you may have never considered.

Here are three reasons why this stock is quite literally the complete package, and may be worth buying now. 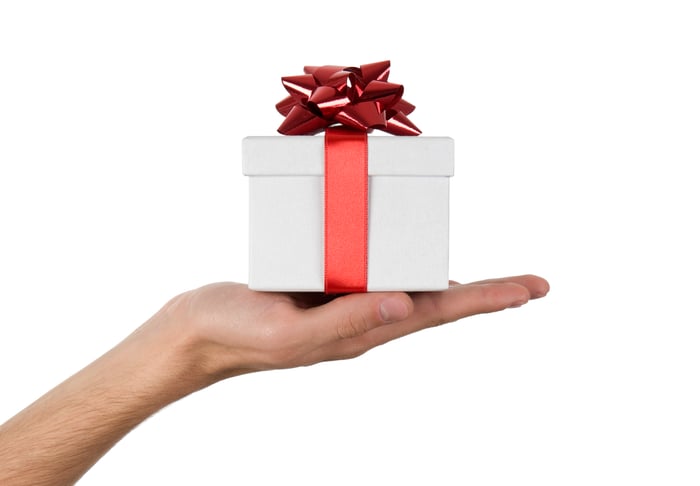 While the majority of industrial companies struggled throughout 2020, UPS had arguably its best year in company history. Declines in business-to-business (B2B) sales were more than offset by strong international performance, a focus on small- and medium-sized businesses driven by e-commerce investments, and its up-and-coming healthcare business. Yet this growth came at the expense of lower profit margins.

Fast forward to this year, and UPS continues to grow its top line. But it's doing so while spending less money, making more money per package delivered, and generating more overall profit. Its average revenue per piece was up 15.3% in the second quarter, driven by a 15.5% increase per international package and a record 13.4% increase per domestic package. Internationally, strong high-margin export volumes helped increase revenue by 30% and expand adjusted operating margins to 24.7%.

In the U.S., the company attributed higher revenue per piece to increased rates and surcharges, a favorable product mix, and the growth of small- and medium-sized business volumes. Its healthcare business also played a key role in COVID-19 vaccine distribution, but it's so much more than just that -- the bigger picture is that UPS is increasingly being relied upon for logistic and delivery support for clinical trials and cell and gene solutions. Meanwhile, UPS Premier and the recent launch of UPS Cold Chain Solutions are two reasons why UPS was able to grow healthcare customer revenue by nearly 20% globally in the second quarter.

UPS's value comes from its ability to generate long-term upside from several different segments. International has been the backbone of UPS's profitability, but the company's e-commerce investments have paid off big as well. Now UPS is sitting in the catbird seat, able to lower its spending and turn its attention to profit margins and free cash flow (FCF).

In the first half of 2020, UPS generated $5.12 billion in adjusted net income and $6.8 billion in FCF. It didn't give full-year guidance, and it would be unfair to double its first-half results as full-year figures. But for the sake of valuation, it's worth noting that if UPS were to generate $0 in net income or FCF for the rest of the year, it would still have an adjusted P/E ratio of 32.8 and a price-to-FCF ratio of 24.5. For UPS to be growing quickly and sport valuation metrics that low is impressive.

Strong FCF supports UPS's dividend program. Over the past 21 years, the company has increased its annual payout six-fold, and currently offers a dividend yield of 2.1%. Although not a Dividend Aristocrat, UPS has proven that it is committed to paying and raising its dividend. It's a leaner and more focused business than it was in a past, and therefore better suited to be a reliable long-term dividend stock. It's worth mentioning that UPS stock spent the majority of the last few years yielding above 3%, but its dividend yield has compressed as its stock price has gone up.

In June, UPS released 2023 financial targets that support its growing business. Its goal is to generate $100 billion in 2023 revenue, spend roughly $4.5 billion per year on capital expenditures, have a return on invested capital (ROIC) of 27.5%, and a consolidated adjusted operating margin of 13.2%. Put another way, UPS believes it can continue to generate more sales and be more profitable while spending less money. In 2020, many companies had to rely on debt to support their dividends, straining their balance sheets in the process. The lesson here is that a growing business is what makes a healthy dividend, not the raises on their own.

UPS may not be as exciting as flashy growth stocks. But what it lacks in flair it makes up for with balance. Looking at growth, value, and income, UPS stock seems to have it all. And given the company's projections, that's an advantage that looks like it will hold up for years to come.