Carvana was supposed to lose money in Q2. It made (a lot of) money instead.

Shares of online car marketplace Carvana (CVNA -0.74%) hit the accelerator at market open this morning, racing ahead more than 11% after reporting earnings last night before easing off on the gas and slowing to just a 3% gain as of 11 a.m. EDT.

And the most surprising thing about all of this is that Carvana's stock price slowed down at all. 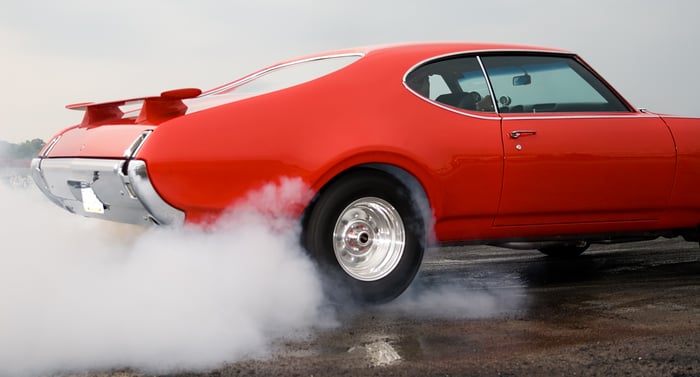 Speaking of surging car prices, Carvana management commented that although "the unique macro environment provided a [gross profit per unit sold, or GPU] tailwind in the quarter, we also believe the business and our team outperformed relative to the industry." Furthermore, management predicted that Carvana is "on the path to ... delivering more than 2 million cars per year, and to becoming the largest and most profitable automotive retailer."

Although management declined to give specific financial guidance for the rest of this year, it did say that demand for used cars is "exceptional," and that it's currently selling as many cars as its "operational capacity" permits -- and collecting as much as $4,000 per car sold in gross profit.

Times the promised "2 million cars per year," that appears to imply gross profits (but note: not net) of at least $8 billion.

Why Carvana Stock Was Sliding Today

Why Carvana Plunged 43% in November

Why Carvana Stock Is Volatile Today