Please ensure Javascript is enabled for purposes of website accessibility
Log In Help Join The Motley Fool
Free Article
Join Nearly 1 Million Premium Members And Get More In-Depth Stock Guidance and Research
By Keith Noonan, Nicholas Rossolillo, and Will Ebiefung – Aug 7, 2021 at 7:30AM

These innovators and industry leaders have what it takes to serve up strong returns.

Whether you're new to investing or a seasoned pro, the stock market can seem daunting sometimes. The good news is that quality companies tend to deliver big wins over the long term, and even relatively small investments can add up to impressive sums if given the time to grow and flourish.

We put together a panel of three Motley Fool contributors and asked each member to identify a promising growth stock that's poised to deliver big wins. Read on to see why they think Take-Two Interactive Software (TTWO 2.22%), Walt Disney (DIS 0.85%), and CuriosityStream (CURI 0.75%) have what it takes to crush the market. 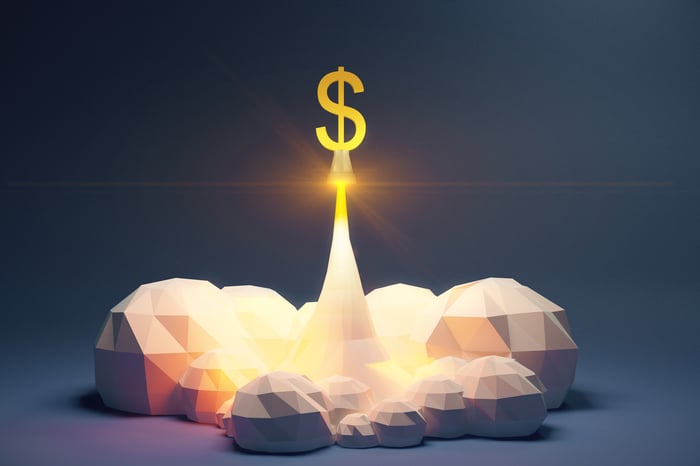 Keith Noonan (Take-Two Interactive): Take-Two Interactive is a video game company that has done a stellar job with franchise management over the last decade. Perhaps better than any other title, the company's Grand Theft Auto V has demonstrated the powerful effect that a single highly successful game can have on sales and earnings growth.

Grand Theft Auto V first launched in 2013, but it continued to sell thanks to strong core gameplay, an evolving online multiplayer world, and updated releases for the game debuting on new platforms. The game's online mode proved incredibly popular and has kept players engaged and spending, and the game has now shipped more than 150 million copies worldwide. It looks like the monumentally successful title will put up more strong numbers in the near future.

Take-Two will debut an updated version of GTA V for Sony's PlayStation 5 and Microsoft's newest Xbox console this fall, and the upcoming release will likely add millions to the game's total sales numbers and help keep its hugely profitable online mode alive. By some accounts, Grand Theft Auto V stands as the single most profitable entertainment release in history, and the game still has plenty of gas in the tank.

Even better, Grand Theft Auto is far from being Take-Two's only blockbuster franchise. Red Dead Redemption and NBA 2K have each proven to be big hits with players, and the company still has a long runway for expansion in the mobile market. The global video games industry has huge room for growth over the long term, and investors who bet on Take-Two Interactive continuing to be a top player in the space will likely enjoy strong returns.

The return of the Disney vacation

Nicholas Rossolillo (Disney): Since it launched in late 2019, the Disney+ streaming service has been a runaway success -- a fortuitous product launch given the start of the pandemic shortly thereafter that sent the number of global subscribers through the roof. Disney+ had 103.6 million active accounts in April, plus another 13.8 million ESPN+ and 41.6 million Hulu subscribers. While Disney's nascent streaming business has almost certainly slowed down this summer, it's likely still steadily expanding with hits like Loki and a few movie releases like Black Widow making an online debut.

But what Disney is likely to get back this quarter in addition to its internet-based TV unit is the once-marquee theme parks business. During Disney's last reported quarter (the three months ended April 3), its parks, experiences, and products segment turned in a 44% year-over-year decline in revenue to $3.17 billion due to the limited-at-best operation of its theme parks, cruises, and other in-person events. How did Disney still manage over $3 billion in sales with the Magic Kingdom shuttered? Thank product sales, like the brand-licensing deal it has with Hasbro -- which, by the way, just had a banner springtime quarter thanks to new Star Wars and Marvel toys. That also bodes well for Disney.

Now add in the fact Disneyland and its other parks around the globe are open again -- at least to limited capacity -- and Disney is poised to report a big jump in total revenue next week when it updates investors on its fiscal 2021 third quarter. Granted, some Disney magic is already priced into the stock. Shares are up 19% since the start of 2020, an incredible feat considering the amount of disruption Mickey and company have endured due to travel restrictions and economic lockdowns in the last year. Nevertheless, this stock price gain could also be attributed to Disney+'s rapid ascension.

Long story short, though the pandemic is far from over, Disney still has a lot to gain in the years ahead as its old breadwinning theme parks get rolling again. It's not too late to buy (or buy more) Disney stock.

An innovative and fast-growing tech player

William Ebiefung (CuriosityStream): Many investors want to get in on the ground floor of a multibagger growth opportunity, and I think CuriosityStream offers exactly that. This niche streaming company differentiates itself in a crowded field by focusing on documentaries. Its tiny market cap and lighting fast growth rate are icing on the cake.

CuriosityStream went public last October at $13.50 per share and has seen volatile trading since -- perhaps on concerns about its ability to sustain its expansion as coronavirus-related tailwinds fade in the streaming industry. But management is setting the company up for success in a post-pandemic world by tapping into exciting megatrends in education.

In May, CuriosityStream acquired One Day University, a platform featuring lectures from top professors in the United States. This deal synergizes well with its core operations (factual content) and can help it tap into the e-learning market, projected to expand at a compound annual growth rate of 21% to $1 trillion by 2027. CuriosityStream expects corporate and educational partnerships to be an $80 million revenue opportunity by 2025 -- representing an estimated 10%-20% of total sales.

Management is also confident about the future of its streaming business, guiding for full-year revenue growth of 80% to $71 million as more consumers subscribe to the platform. With a market cap of just $560 million, CuriosityStream has a projected price-to-sales multiple of just under eight, which looks cheap for such a rapidly expanding company.