Please ensure Javascript is enabled for purposes of website accessibility
Log In Help Join The Motley Fool
Free Article
Join Nearly 1 Million Premium Members And Get More In-Depth Stock Guidance and Research
By Will Ebiefung – Aug 11, 2021 at 8:14AM

Share prices of Virgin Galactic (SPCE -0.39%) have been in an absolute tailspin (down about 37%) since the company sent its founder Sir Richard Branson to space on July 11. Who knew good news could be so bad?

While the company's high valuation is a legitimate concern, robust space tourism demand -- as well as the potential to pivot to other space-related opportunities -- make the stock's recent dip an unbeatable buying opportunity. 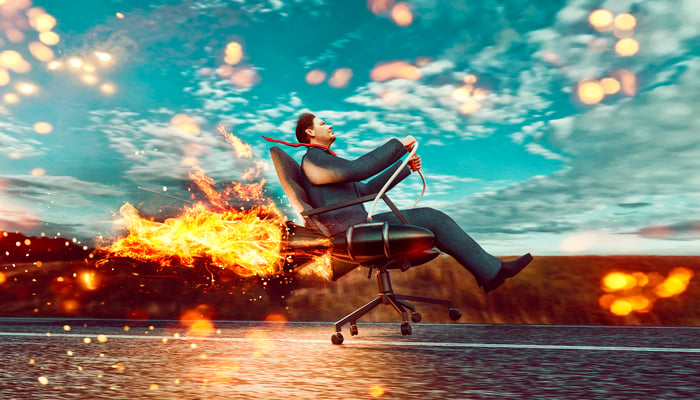 The market looks locked and loaded

Every year, about 800 people attempt to climb Mount Everest despite the risk (five climbers die per year on average) and the cost, which can go as high as $115,000 for a custom climb. And while mountain climbing isn't a direct comparison to space tourism, it highlights a trend Virgin Galactic is tapping into: There's a healthy market for experience tourism, and some people are willing to pay big bucks to get their fix.

Virgin Galactic's successful test flight demonstrates its technical ability to meet some of this demand. And it's hard to justify the company trading at a lower valuation now ($7.6 billion) than before it showed it has this capability.

The company also has a ready market, boasting a reservation list of 600 people -- reportedly including A-list celebrities like Tom Hanks, Leonardo DiCaprio, and Lady Gaga at $250,000 a pop.

The reservations represent around $150 million in potential revenue once commercial operations start. And actual demand could be much higher when Virgin Galactic resumes ticket sales, which have been paused since its fatal test plane crash in 2014. Over the long term, management aims to fly 400 flights per year from each spaceport (it currently operates one spaceport in New Mexico, but has indicated plans to expand to international locations like Abu Dhabi, Italy, and Scandinavia).

Space tourism could be only the beginning

Few could have predicted that niche online bookseller Amazon would become an industry leader in cloud computing, or that Netflix would transform from a mail-order video store into a high-tech streaming giant. Companies often expand into unexpected synergistic opportunities that can become much larger than their core businesses. And Virgin Galactic is already setting the stage for such a transition.

According to former CEO George Whitesides, Virgin Galactic can leverage its suborbital space tourism operations and data to develop a high-speed point-to-point transportation system. He believes this could disrupt the $300 billion long-haul airline business and become an annual $10 billion-to-$15 billion revenue opportunity.

Management's lofty predictions should be taken with a grain of salt because Virgin Galactic is still far from commercializing a hypersonic plane. But the company has made progress, signing a memorandum of understanding with Rolls-Royce (RR 0.38%) to collaborate on engine propulsion technology for a high-speed commercial aircraft called the Mach 3. It is also working on microgravity research and professional astronaut training, currently charging $600,000 per seat.

What is Virgin Galactic worth?

With virtually no revenue or profits, Virgin Galactic is a hard stock to value. And with analysts at UBS expecting space tourism to be worth only $4 billion by 2030, the company's $7.6 billion market cap already prices in significant growth. But investors also have to consider the company's suborbital technology and flight data, which can create value in the wider space industry (projected to hit $805 billion by the end of the decade).

Virgin Galactic still looks cheap in the full context of the space industry. The stock is best suited for investors willing to tolerate elevated uncertainty for the potential for multi-bagger long-term returns.