Shares of PAVmed (NASDAQ:PAVM), a maker of tools for early detection of esophageal and pancreatic cancer, were down more than 15% as of 11:35 a.m. EDT today after the company reported earnings yesterday afternoon. 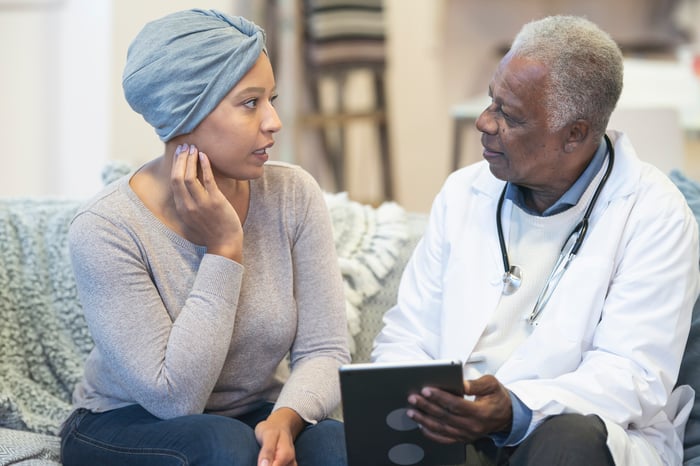 For the six months ended June 30, the company posted a loss of $20 million. That was roughly equivalent to the same period last year. During that span, outstanding shares have increased 77%. Despite the dilution, the stock is still up nearly 200% so far this year.

Late last year, the company decided to pull several growth levers. It sought to accelerate the commercialization of its EsoGuard esophageal test; seek new partnerships or acquisitions; and spin off Lucid, its medical diagnostics business, through an initial public offering. CEO Lishan Aklog reiterated this during both the February and May earnings calls. Although management has made strides on several fronts, discussion of the IPO on this earnings call was reserved to a generic statement about good progress.

Aklog also cited limitations on what could be discussed regarding Lucid's future activities. it would seem an IPO is imminent, but investors appear impatient. Aside from Lucid, its other growth plans seem to be on track. Second-quarter EsoGuard esophageal test volume more than doubled first-quarter volume.