Shares of SOC Telemed (TLMD) -- a provider of acute care telemedicine and technology services -- were plummeting nearly 31% as of 12:30 p.m. EDT today. 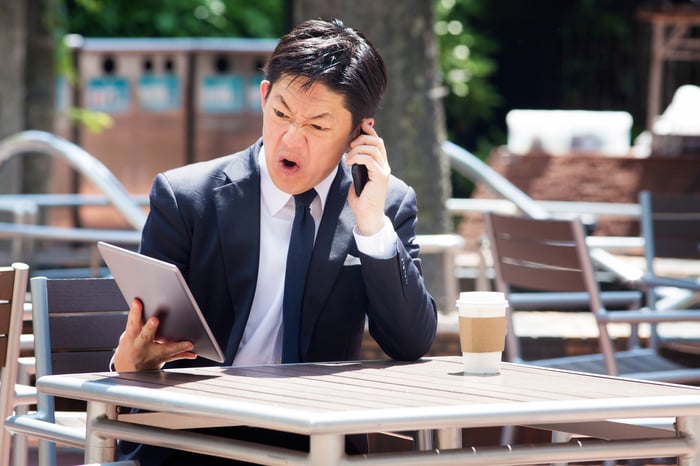 All of the backward-looking numbers were impressive for the second quarter. Systemwide consults were up 98% to 130,200. Revenue of $25 million was 84% higher than for the same quarter last year. The problem was guidance.

Management reduced the outlook for fiscal year 2021 to between $90 million and $92 million. It had previously estimated between $97 million and $103 million. That's a 9% drop at the midpoint.

The dire outlook is a result of the delta variant of the SARS-CoV-2 virus. The company said it is creating a distraction for current and prospective customers. It is leading to delays in purchasing decisions and slowing implementation for new customers.

The company continues to be optimistic about the future of telemedicine in acute care settings. The trajectory of its bookings -- the sum of closed deals -- is on track to more than double compared to last year. If that trend holds, the stock might recover today's loss in a quarter or two. Unfortunately, since coming public through a special purpose acquisition company (SPAC) late last year, it has fallen 70%.

At a mere $300 million market capitalization and with just 170 physicians in its network at the end of 2020, SOC Telemed is a small player in the virtual care arena. Its focus on providing care from specialists in the hospital is notable. That's an area with significant shortages projected in the future. It could eventually make a nice tuck-in acquisition for one of the larger players in the space.