There are certain types of stocks that the Oracle of Omaha canʻt touch -- this is one of them.

Warren Buffett, the chairman and CEO of Berkshire Hathaway, is a legend in the world of investing. His portfolio moves are closely scrutinized, and his statements can move markets. Buffett's investment strategy is very rigorous, as he only buys stocks that meet his criteria and jibe with his philosophy.

But there is one type of stock Buffett can't really invest in even if he wanted to -- small caps. His company is simply too big. An investment from Buffett and Berkshire would move the price too much and change its valuation.

Thus, as Buffett famously said back in 1999, he has to stick to elephants and not the mosquitoes:

You don't have that problem, as you can invest in a quality small-cap value stock without incident. One stock to consider is Cowen (COWN 0.03%) -- an investment bank with a market cap of just over $1 billion; it's extremely undervalued and it has exhibited strong annual growth over the past decade. 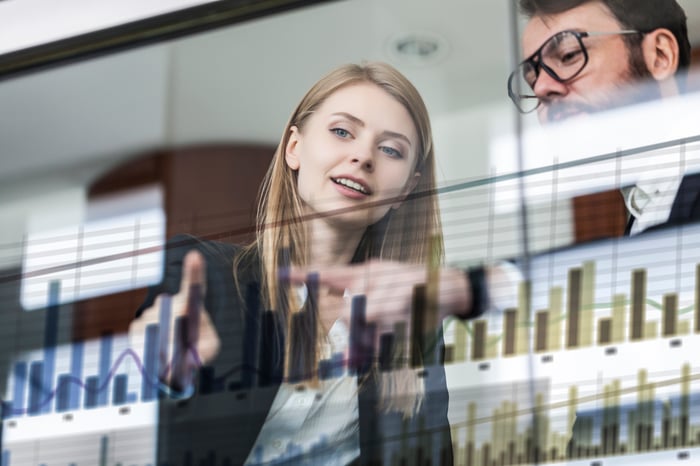 Cowen is one of the leading middle-market independent investment banks in the country. It specializes in identifying emerging industries, like cannabis and biopharmaceuticals (where it's considered a market leader). Cowen is also a market leader in the middle market for special purpose acquisition company (SPAC) deals. In the first quarter, SPAC deals accounted for more than one-third of Cowenʻs revenue in what was a record quarter. But CEO Jeffrey Solomon told S&P that it would have been the second-best quarter on record even without the SPAC revenue.

In the second quarter, revenue dropped 29% year over year, but that was compared to the same period in 2020 -- which was itself a record-breaker. The decrease came primarily from a reduction in investment income, but, despite an overall slowdown in capital markets, Cowen actually saw an increase in investment banking revenue year over year. On the earnings call, Solomon said:

The second quarter of 2021 was a clear demonstration of Cowen's core earnings power and the growing breadth and depth of our capabilities across the platform. It was the third-best quarter ever for investment banking and markets and the fourth best quarter overall in terms of both revenues and profitability.

With a strong pipeline that's up 80% compared to a year ago, and with over one-third of the deals in the pipeline being SPACs, Solomon is optimistic about the company's continued growth. The company has also been able to diversify beyond its strength in healthcare, with 55% of revenue in the second quarter coming from other sectors, led by consumer and technology-enabled services. At Monday morning's prices, Cowen's stock is up about 50% this year after gaining 67% in 2020.

What would Warren do?

This stock has a lot of qualities that Buffett looks for, starting with consistent long-term performance. Over the past 10 years, revenue has grown from about $300 million to $2.1 billion -- an annual growth rate of about 21%. In addition, there's good evidence of efficient management, with a profit margin of about 17% and a return on equity of 29%. The stock is currently trading at less than $40 per share, and analysts expect a consensus increase of 35% or so over the next 12 months.

Meanwhile, despite its great stretch of record revenue and huge returns, the stock remains ridiculously undervalued. It is trading at just 4.1 times earnings and a price-to-book ratio of just over 1.

So the question is not whether Warren Buffett would buy this stock, because he can't. But if you are looking to diversify your portfolio with a good small-cap value stock, Cowen is worth considering.