The first seven months of 2021 have been unexpectedly wild. I'm going to go out on a limb for things that It think could happen before the end of 2021. Now where did I stash my crystal ball?

I don't expect you to agree with me on most of them. You may not even agree with me on any of them, and that's sort of the point here. I'm going to offer up some pretty brazen market calls and will spell out my reasons for them. 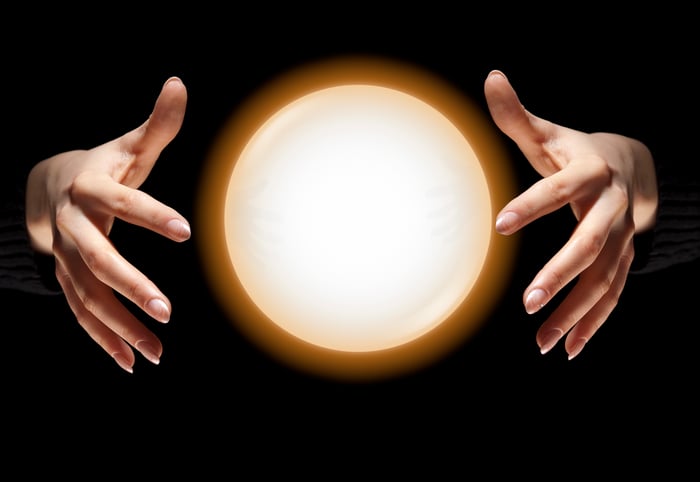 Bitcoin is volatile. It plummeted 41% in just the second quarter of this year. I may very well be right about the new high at some point in the balance of 2021, yet the leading cryptocurrency could still be lower by the end of the year than it is right now.

I still like its chances. A lot of the knocks on the energy inefficiencies of mining and transacting Bitcoin are being aggressively tackled. The merits of cryptocurrency as an alternative asset class to help diversify an otherwise concentrated portfolio have never made more sense.

This a scary time to be operating a theme-park resort in Florida. COVID-19 cases, hospitalizations, and deaths are spiraling out of control, and there's still a large chunk of the Sunshine State that has no intention of getting vaccinated. Disney (NYSE:DIS) had to close its massive resort last year for four months. I don't see a repeat performance in 2021.

Disney World is getting ready to celebrate what will be an 18-month event to commemorate the resort turning 50 in October. Like the mayor in Jaws, you just know that it's not going to turn cash-waving tourists away.

We know that the state governor isn't going to get in the way. This is probably the easiest of the market calls on this list but will be put to the test if the surge continues in Florida.

I may as well throw an insane mergers-and-acquisition call into the mix. I don't follow the airline industry as well as I should to merit making this call, but I know American Airlines Group (NASDAQ:AAL) and JetBlue (NASDAQ:JBLU) are still losing money in 2021.

The two carriers signed a codesharing deal earlier this year, a win-win partnership that helps each player cover for blindspots in their routes map. Both air carriers are still struggling. The airline industry dynamics are still out of whack, with consumers hesitant to fly in crowded planes and corporate travel unlikely to ever recover to pre-pandemic levels. Call either airline's customer service number and you may be left holding for hours some days.

A legacy carrier like American Airlines and a low-cost yet frills-rich operator like JetBlue would make an odd pairing, but both are struggling right now. The industry is out of favor, and this may be the only time in the next few years that antitrust regulatory agencies would approve a deal of this size.

If American Airlines and JetBlue don't hook up, don't be surprised if another combination of two air carriers is announced before the end of this year.