Wednesday brought continued volatility to Wall Street, although the Nasdaq Composite (NASDAQINDEX:^IXIC) managed to hold up better than some other major market benchmarks. As of 11:30 a.m. EDT today, the Nasdaq was just barely in the plus column, bouncing back from early losses.

Professional analysts are constantly assessing the prospects for stocks. While it doesn't make sense to give those analysts credit for having a perfect track record, it's still interesting to see what their thought process is in making recommendations of particular stocks. On Wednesday, positive comments about ViacomCBS (NASDAQ:VIAC) and Wendy's (NASDAQ:WEN) lifted shares, and below, we'll look more closely at what Wall Street said about the two companies.

Shares of ViacomCBS were up more than 6% on Wednesday morning. In addition to an upgrade from a prominent analyst, the media giant also had a key corporate announcement that made shareholders happy.

ViacomCBS announced a venture with Comcast (NASDAQ:CMCSA) to launch a new video-on-demand platform serving Europe. The SkyShowtime service will be available in more than 20 European markets, and it'll include a wide array of content from both companies. ViacomCBS will offer programming from properties like Paramount, Showtime, and Nickelodeon, while Comcast will contribute content from units including Universal Pictures and Peacock.

ViacomCBS also got a good review from analysts at Wells Fargo (NYSE:WFC). An upgrade from equal weight to overweight came because of the speed with which ViacomCBS has been able to ramp up its efforts in video streaming to become a meaningful player in the space. Wells had been skeptical about its prospects in the past, especially given how late in the game ViacomCBS got involved with streaming services.

The company has seen its stock get rocked by factors unrelated to its business this year, but steadily, fundamental prospects are asserting themselves more fully. The stock is still well off its best levels, but that gives it an even bigger opportunity to catch up in the months and years ahead. 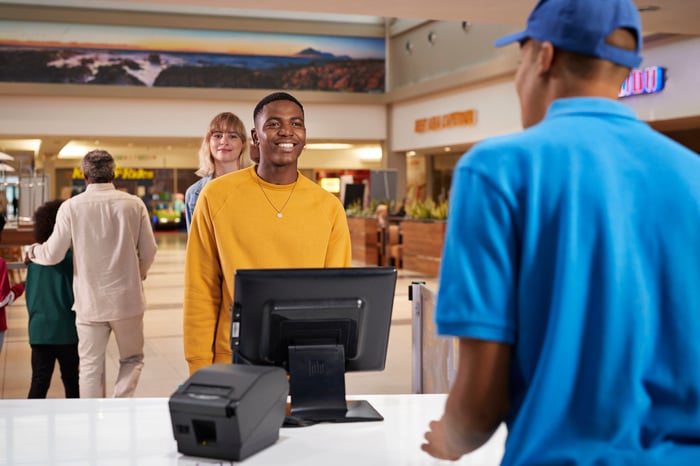 Elsewhere, Wendy's settled for about a 2% rise in its stock. The restaurant chain has achieved meme-stock status in some investors' eyes, but it has also done a good job of executing on its business model, and some stock analysts are starting to recognize that fact.

Positive comments for Wendy's on Wednesday came from Oppenheimer, which upgraded the restaurant stock from perform to outperform. Oppenheimer pointed to the prospects for Wendy's to start gaining momentum in key metrics, including same-store sales and unit volume growth. The analysts singled out digital initiatives and the company's breakfast offerings as drivers for near-term growth, yet they argue that the stock is undervalued compared to its restaurant peers.

Wendy's stands out in particular for its social media presence, with a Twitter account that has done a remarkable job of maintaining a sassy yet engaging attitude. Meanwhile, in addition to breakfast, new items on the lunch and dinner menus are drawing attention as well.

Investors are pleased to see the stock approaching levels it hasn't seen since the early 2000s. That's a sign of a potential permanent rebound, and with its fingers on the pulse of a new generation of consumers, the future could bring a lot of good things for Wendy's.