Please ensure Javascript is enabled for purposes of website accessibility
Log In Help Join The Motley Fool
Free Article Join Over 1 Million Premium Members And Get More In-Depth Stock Guidance and Research
By Keith Speights – Aug 22, 2021 at 9:01AM

Several vaccine makers have delivered tremendous gains so far this year. BioNTech stock has more than quadrupled. Moderna is up nearly 270%. Even giant drugmaker Pfizer has seen its shares soar more than 30%.

But analysts aren't gung ho about the prospects for any of these leaders in the COVID-19 vaccine market. The consensus price targets for all of these stocks are lower than their current share prices.

However, there are other companies with COVID vaccines either already authorized somewhere in the world or that could soon win authorizations. Here are three leading COVID vaccine stocks that Wall Street is bullish about. 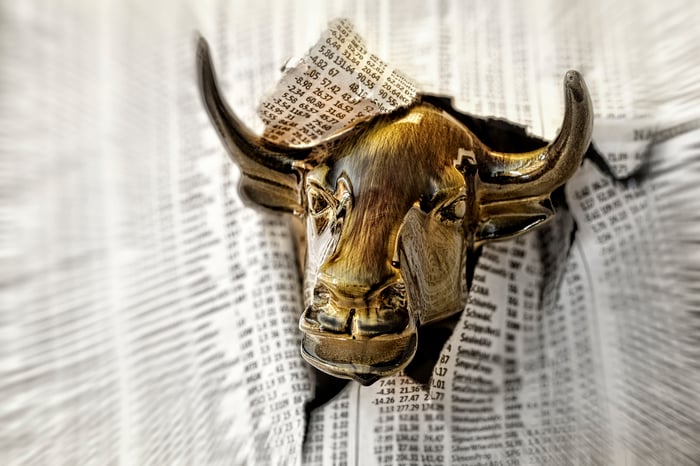 The average one-year price target for AstraZeneca (AZN 0.06%) reflects a 13% premium above the drugmaker's current share price. But analysts might not be all that excited about the company's COVID vaccine.

AstraZeneca won authorizations for its vaccine in the European Union and United Kingdom. The company has faced multiple headwinds, though. In rare cases, there were concerns about potential blood clotting linked to its vaccine. AstraZeneca also struggled to meet supply targets, resulting in the E.U. filing a lawsuit against the company.

The U.S. government agreed to purchase 300 million doses of AstraZeneca's COVID vaccine last year. So far, however, the vaccine has not won Emergency Use Authorization (EUA) from the Food and Drug Administration. The company could opt to seek full FDA approval instead of EUA.

There are other reasons Wall Street likes AstraZeneca's prospects, though. Several of the company's cancer drugs continue to enjoy strong momentum. Its type 2 diabetes drug Farxiga is also a key growth driver.

Wall Street isn't super bullish about Johnson & Johnson (JNJ 0.05%), but at least analysts expect the big healthcare stock will rise over the next year. The average price target is around 4% higher than J&J's current share price.

Unlike AstraZeneca, Johnson & Johnson has already won EUA for its COVID vaccine in the U.S. But J&J has faced some similar issues with rare blood clots and manufacturing problems.

Analysts could be overly pessimistic about J&J's potential growth. The company's pharmaceutical segment continues to deliver strong growth. Its medical devices segment is bouncing back robustly from a sales downturn caused by the pandemic. Its robotic surgical systems could also provide a growth driver that Wall Street might be largely overlooking.

Johnson & Johnson is also in a position to boost its growth through acquisitions. The company ended the second quarter with $25.8 billion in cash, cash equivalents, and marketable securities. It's shown in the past a willingness to use its cash to make strategic deals.

Novavax (NVAX 0.60%) deserves inclusion as a top COVID vaccine stock even though it hasn't won EUA or approval anywhere yet. It shouldn't be too much longer before that status changes, though.

The company, with its partner the Serum Institute of India, has already filed for EUAs in India, Indonesia, and the Philippines for COVID vaccine candidate NVX-CoV2373. Novavax expects to file for EUA with the United Kingdom in the third quarter of 2021. It plans to file for EUA with regulators in the European Union, Canada, Australia, and New Zealand soon afterward, with a U.S. filing in the fourth quarter.

Wall Street analysts are more optimistic about Novavax's prospects than any of the other leading vaccine makers. The consensus one-year price target reflects a premium of 14% above the biotech's current share price.

That outlook might not be rosy enough if Novavax secures additional supply deals for NVX-CoV2373. With the delta variant causing increased cases across the world, those supply deals could be on the way in the not-too-distant future.