The stock has plummeted amid China's regulatory campaign, but the sell-off could be a huge long-term opportunity for intrepid investors.

Investors are justifiably fleeing Chinese stocks right now. Since late 2020, the Chinese Communist Party has been cracking down on China's tech companies, wiping out more than $1 trillion in market value on fears of increasing regulations.

For some, especially private online education companies, the regulations have dramatically affected their business models, wiping out a significant portion of their current revenue.

And yet, while there is still lots of uncertainty, Chinese internet giant Tencent Holdings ( TCEHY 2.14% ) seems well positioned to weather the near-term turbulence and thrive over the long term, based on its recent earnings release. Now down some 45% from its February highs, it could be a huge opportunity for those willing to take the plunge. Here are five reasons: 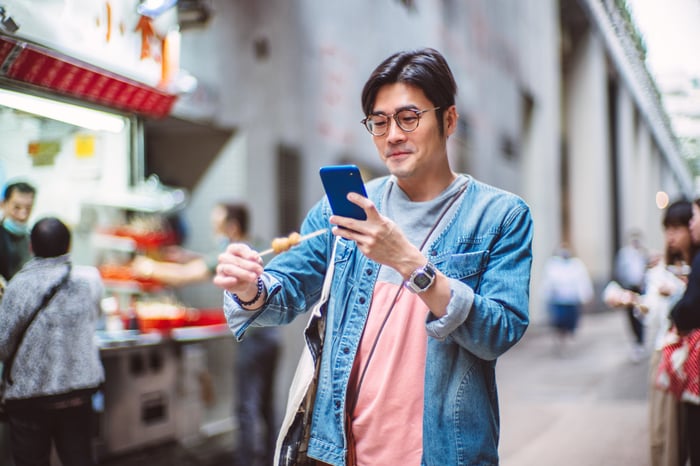 1. Tencent's business model is diverse, and mostly out of the crosshairs, for now

Outside of its huge investment portfolio, which totaled $224 billion as of the end of June, Tencent's four core businesses are video games, social media, fintech, and cloud computing (with some traditional streaming video and music thrown in).

The stock took a step down earlier this month when a Chinese newspaper called video games, its largest segment, "spiritual opium," lashing out at children's addiction to video games. Games are Tencent's largest segment by revenue, and impressively grew 12% last quarter against very difficult comparisons to last year's pandemic-fueled second quarter, so this understandably worried investors.

Aside from games, other major Chinese tech giants have also been hit by regulations regarding "forced exclusivity" on their platforms. On the fintech side, last year's giant Ant Financial IPO was shut down, largely for being too aggressive in lending at the expense of safety.

But Tencent's WeChat social platform, which has 1.25 billion users, is already fairly "open," and Tencent has always taken a fairly conservative, deliberate approach to its fintech and lending segment. Thus far, it has largely stayed out of the crosshairs of regulators on those fronts. 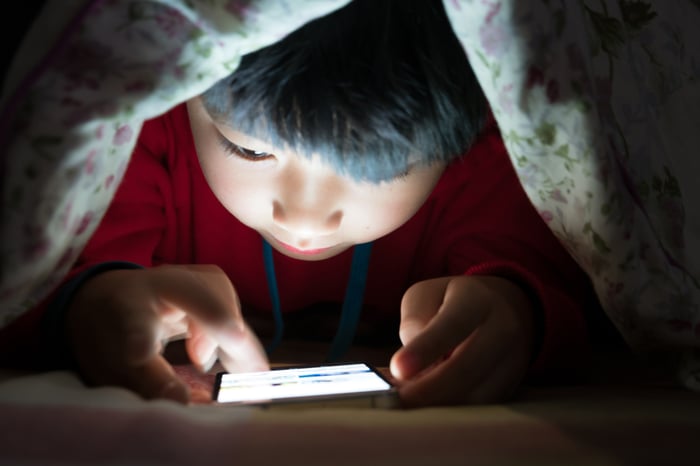 2. Tencent has always undermonetized its platforms

A big overarching theme of the regulatory crackdown is to make a more equitable economy in China, so that wealth does not flow to just a few elites or a few elite companies. For instance, that's why authorities are cracking down on expensive online education companies, which are a burden to families with children, and making sure drivers on food delivery and ride-hailing apps get paid a fair wage. The government doesn't appear to be out to deliberately harm shareholders, but is rather trying to correct rising income inequality. In fact, this is a theme all around the world.

While those harsher regulations might affect some companies in Tencent's diverse investment portfolio, its core businesses don't appear as susceptible. That's because the company has always been extremely deliberate in monetizing its platforms, often undermonetizing or not monetizing its products for years.

On the broad theme of these new regulations, President Martin Lau had this to say:

The government does recognize the importance on the economic side and social side of the internet industry and also the contribution of the industry to global competitiveness. So that's why it does want to foster a long-term healthy environment. ... And we have always been quite self-restrained in terms of monetization. We have run our platforms so that we establish open platforms to support individual enterprises and entities. And we have also, all along the way, quite emphasized social responsibility and emphasized we want to use our tech for good. So given all these factors, right, I would say there will be short-term uncertainties and there are a lot of new regulations that will be coming, but we are pretty confident that we can be compliant. And over the long run, it would actually position the industry for healthy growth, and we'll be a beneficiary of that. 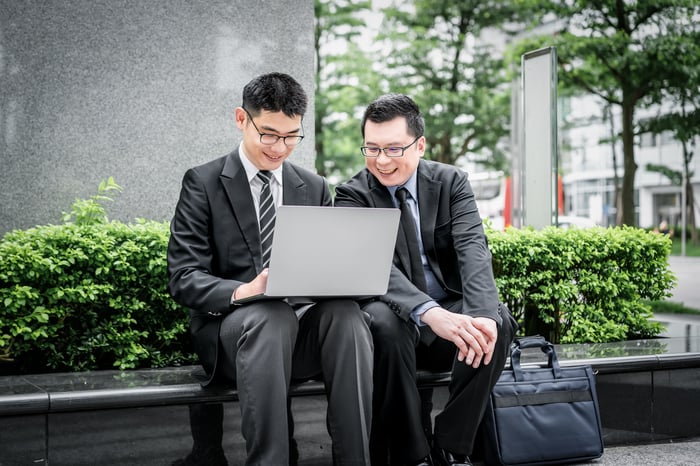 3. Tencent could be developing an enterprise software giant right under our noses

The most compelling long-term growth driver for Tencent could very well be its ascendant cloud computing business. Although the company currently combines its cloud segment with its fintech segment, that "fintech and business services" segment grew 40% last quarter, the fastest-growing segment today, and now almost as large as the gaming segment.

What really stuck out on the call, however, was that Tencent says it isn't even monetizing a lot of these enterprise software tools such as Tencent Meeting, WeCom, or Tencent Docs, all of which are Chinese versions of incredibly profitable U.S. companies. Lau noted:

... in terms of the productivity software side, I think these are services which we don't monetize directly at this point in time, but we believe the category, a lot of value to the customers. And over time, they'll be valuable commercial products as well. But more immediately, right, a lot of these solutions, when they are deployed by enterprise customers, it actually helps us to open the door and as a result, can help us to sell our cloud services as well as our ad services to these companies. That's the immediate benefits. And then over time, if you look at the U.S. market, right, each one of the product that we have actually has got a very successful commercial product in the U.S. For example, Tencent Meeting, the counterpart is Zoom. And if you look at WeCom, it's partly Salesforce, partly Shopify. And Tencent Docs, it's Google Docs and Microsoft Office. ... while we don't charge at this point in time, at the time, we may develop value-added service and for certain customers who want to use these value-added services, there will be some kind of a commercial solution. And looking further into the future, these solutions also have to build an ecosystem of [software-as-a-service] software. So there will be other SaaS software who can actually rely on our productivity, too, and provide their services to the enterprise customers, and we can actually derive some value from there as well. So all in all, we believe that at this point in time, it's a very valuable suite of services from a user-value perspective. Over time, they would help us to generate commercial value as well.

Yes, you read that right: Tencent's enterprise software tools are a mix of Zoom Video Communications, Salesforce, Shopify, and Microsoft. These companies have a massive combined market cap and are some of the most exciting, profitable tech stocks today. Yet Tencent is currently giving these tools away for free!

It is quite possible that Tencent won't be able to monetize its enterprise software tools to the same extent as these U.S. companies, due to regulations; but then again, even a small amount of monetization could mean lots of revenue and profits relative to Tencent's business today.

Fourth, no matter what happens inside China, Tencent actually has a fairly significant amount of foreign assets and revenue. As stated before, international revenue now accounts for a quarter of total gaming revenue, and is growing fast.

Additionally, a non-trivial part of Tencent's $224 billion investment portfolio consists of large stakes in non-Chinese companies that are doing quite well. For instance, Tencent owns about 4% of Tesla ( TSLA 1.24% ), about 4% of Spotify ( SPOT 2.63% ), 12% of Snap ( SNAP 8.61% ) and about 5% of Activision Blizzard ( ATVI 1.82% ). Another huge winner has been its 25% stake in Sea Limited ( SE 4.93% ), the Southeast Asian super-app that has skyrocketed to a massive $170 billion market cap in its own right. There are several other non-Chinese holdings as well. Still, just the three stakes in Sea, Snap, and Tesla alone combine for a market cap of around $85 billion, or about 17% of Tencent's entire market cap.

So while Chinese regulations will hurt Tencent's Chinese segments around the edges at least, there is probably a floor to how much further the stock could fall, just based on international revenue and investments alone.

5. Tencent just repurchased shares, a rarity for the company

Finally, an announcement Thursday and Friday might have slipped under the noses of investors. Specifically, Tencent repurchased 180,000 of its own shares on Thursday and 240,000 shares on Friday, the two days after its second-quarter earnings report.

While that amount is relatively insignificant relative to the 9.6 billion shares outstanding, Tencent normally doesn't buy any shares back. Instead, the company pays a small dividend, and tends to plow all of its free cash flow back into its investment portfolio.

Tencent has announced a lot of investment initiatives recently, and some of its businesses could come under pressure in the near future. So the fact that management was compelled to repurchase some shares, in spite of those other potential uses of cash, is quite telling. With the stock down 45% from highs, it could at least be an indicator that shares might be nearing a bottom.

Be cautious, but opportunity looms

Due to the uncertainty in China, it is probably a good idea to have a hard limit on your allocation to Chinese stocks; but if you have no or only a small amount of Chinese exposure, Tencent's stock could be an excellent long-term opportunity today.

If you believe Warren Buffett's theory to be greedy when others are fearful, it's hard to imagine more fear in Chinese stocks than there is today. Since it looks like Tencent will be one of the survivors, it could be well worth your attention.