Please ensure Javascript is enabled for purposes of website accessibility
Log In Help Join The Motley Fool
Free Article Join Over 1 Million Premium Members And Get More In-Depth Stock Guidance and Research
By Zhiyuan Sun – Aug 26, 2021 at 8:37AM

This promising telecom company comes with a twist -- but it's worth the risk.

Mobile TeleSystems (MBT) is the biggest telecommunications provider in Russia, with more than 78.9 million users at the end of the second quarter of 2021. The company (known in its home market as Mobil'nye Telesistemy) has experienced phenomenal growth over the past year, with revenue up 10.7% year over year in Q2 to 128.6 billion rubles, and net income coming in hot with a growth rate of 53.6% to 17.1 billion rubles. (On Tuesday afternoon, the exchange rate was about 73.75 rubles to $1.)

However, Mobile TeleSystems' stock price does not reflect these fundamental improvements. It's trading at a mere 8.3 times earnings, even though its cash flows are sufficient for dividends amounting to an attractive yield of 10.7% at current share prices. What's more, the company is deploying a 5G network across Russia. Here's why investors who open stakes in the telecom now could be rewarded handsomely. 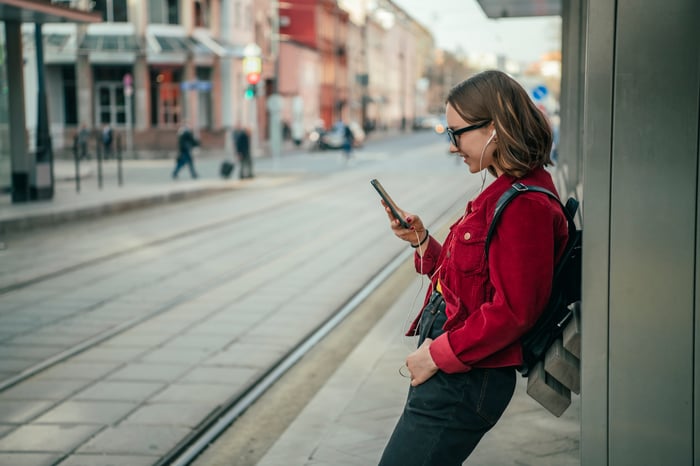 Mobile TeleSystems' early shareholders do not have fond memories of the company.

In 1991, a group of American investors and the then-government of the Uzbek Soviet Socialist Republic formed Uzdunrobita, the first mobile operator in Central Asia. In 2004, Mobile TeleSystems acquired a controlling stake in that company, which had then grown into the biggest telecom operator in Uzbekistan. Over the next eight years, together with a Dutch and Swedish telecom company, they paid nearly $1 billion in bribes to Gulnara Karimova, the daughter of deceased Uzbek President Karimov.

In 2019, Mobile TeleSystems paid another $850 million to settle corruption charges from the U.S. Department of Justice. It has long since cut ties with Uzdunrobita, which was nationalized in 2012 -- resulting in a $1.1 billion loss for Mobile TeleSystems that year.

But just as Mobile TeleSystems closed the book on that episode of dark politics in Central Asia, another opportunity appeared -- the chance to bring 5G service to Russia. Earlier this year, Mobile TeleSystems and Huawei teamed up to launch the first 5G pilot test in Moscow with great success -- with download speeds reaching beyond 1 GB per second on Huawei phones. At the end of May, Mobile TeleSystems' first 5G network went live in St. Petersburg. It's also easy to see why Russian consumers are fond of Mobile TeleSystems. For as little as 990 rubles a month ($13.42), users can get unlimited data anywhere in the country. And the company is wildly profitable even at those low rates.

But Mobile TeleSystems isn't just a Russian telecom. It also has a sizable presence in the Russian market's retail, fintech, and media spaces, with 27% year-over-year growth in these segments. In addition, Mobile TeleSystems has a substantial market share in Armenia and Belarus.

Overall, this company is a rising star in the global scramble to provide 5G service. Due to its combination of remarkable growth and juicy dividends at an undervalued stock price, I'd highly recommend telecom investors to check it out. On top of all this, the company recently announced a $198 million share buyback program. But do stay vigilant about its connections with Huawei, which has aroused the ire of U.S. regulators due to its business dealings in Iran, among other reasons, and which faces mounting sanctions. The Chinese tech giant cannot even make 5G phones in the absence of American technology.