Please ensure Javascript is enabled for purposes of website accessibility
Log In Help Join The Motley Fool
Free Article Join Over 1 Million Premium Members And Get More In-Depth Stock Guidance and Research
By Jim Halley – Aug 28, 2021 at 8:22AM

You may not know much about these three stocks, but they could make for great long-term plays because of their connections to cannabis.

NewLake Capital Partners (NLCP -3.71%), Village Farms International (VFF -1.11%) and Hydrofarm Holdings Group (HYFM -1.47%) are not as well known as many other cannabis companies, but all three small-cap stocks have significant growth potential. They also have less exposure to the vagaries of marijuana prices or sales.

NewLake is a real estate investment trust that leases out growing facilities, processing facilities, and dispensaries to cannabis companies. Village Farms International is one of the largest greenhouse growers in North America and its subsidiary, Pure Sunfarms, is one of the largest cannabis-related operations in the world. Hydrofarm Holdings sells an array of controlled-growing products that can be used for many crops, including marijuana. 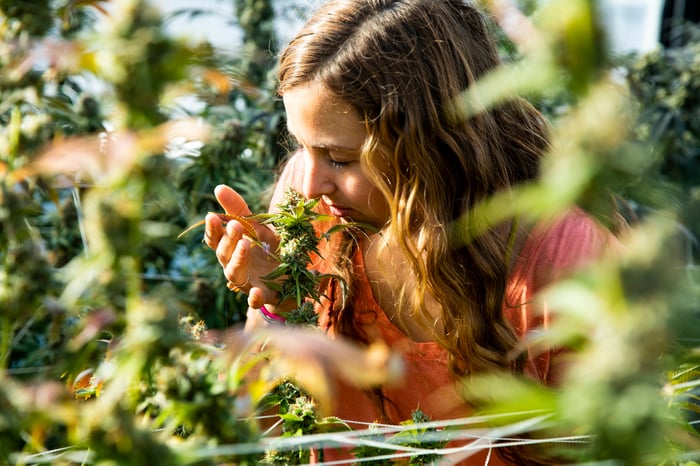 NewLake Capital Partners had its initial public offering on Aug. 20 and just began trading over the counter. The REIT is focusing on providing capital by leasebacks to cannabis companies, following the same successful path blazed by Innovative Industrial Properties.

Because of federal regulations, cannabis companies have difficulties obtaining bank financing, so NewLake buys their properties and leases them back with triple-net leases that put expenses such as real estate taxes, insurance, maintenance, and utilities on the tenants and include annual rent escalation clauses based on an inflation index. The setup frees up capital to cannabis companies and supplies a steady income stream for NewLake.

The stock was trading for about $30 on Friday, a bit higher than its IPO price of $26 a share. It was only founded two years ago, but the company's tenants already include such big names as Curaleaf Holdings, Cresco Labs, Trulieve Cannabis, and Columbia Care. As of June 30, the company had 27 properties that it said were 100% leased.

Since then, the company has shown it plans to expand. In July, it invested up to $20.5 million to buy land and build a 130,757-square-foot growing and processing facility in Phoenix to be leased by Tempe, Ariz.-based based cannabis company Mint. This month, Massachusetts' Worchester Business Journal said the company spent $8.8 million on four properties in Fitchburg, Mass., that were co-owned by medical cannabis company Revolutionary Growers and Anwelt Heritage Condominiums.

Another big plus is that the company is debt-free, for now at least; after the IPO, management says they have more than $300 million to invest.

Village Farms International's shares are down a little more than 4% for the year. Looking at its one-year forward price-to-sales ratio of 2.36, the stock is becoming a bargain. The company just bought Balanced Health Botanicals, a CBD company based in Colorado, for $75 million. (CBD, or cannabidiol, is a non-psychoactive component of marijuana.) It's just the latest move for the greenhouse grower that ties it closer to cannabis. Its subsidiary, Pure Sunfarms, which the company says is the top-selling licensed producer of dried cannabis flower in Ontario, is propelling Village Farms' revenue growth.

Hydrofarm Holdings is gobbling up companies

Hydrofarm Holdings' stock is down 8% for the year. The company's connection to cannabis is that its controlled-environment equipment is particularly useful for marijuana, but its hydroponic products are used for a multitude of crops.

Hydrofarm has built its business through mergers and acquisitions, and in its second-quarter earnings call, management said they intend to continue to look for ways to grow the company through M&A activity. Its biggest recent move was its purchase of Greenstar Plant Products, a plant nutrient company, for $83 million earlier this month. That follows up the purchase of three Oregon hydroponics companies under the banner of Aurora Innovation, and the purchase of nutrient makers Heavy 16, House & Garden, and Mad Farmer, all since April. The company said it plans to open two new distribution centers this quarter; combined with the aforementioned purchases, its distribution center and manufacturing footprint should grow by 70%. 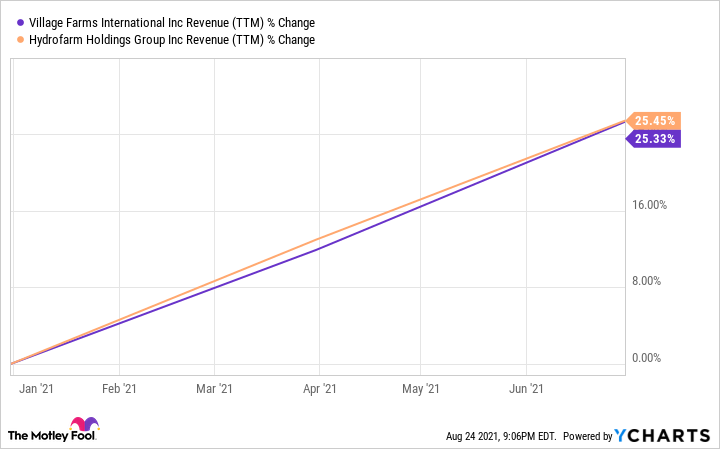 Sifting through the marijuana leaves to determine the right stock

All three of these marijuana companies have huge potential, in part because they aren't that well known yet and their shares haven't yet skyrocketed.

While I'm excited about the possibilities for NewLake Capital Partners, there just isn't enough of a track record yet for me to choose it over the other two companies.

It's not an easy choice between the other two because both have seen revenue climb by more than 25% this year. Right now, I like Hydrofarm Holdings as it is already profitable and making bigger moves. However, Village Farms, with its 9 million square feet of indoor growing space, could definitely become a huge factor in the cannabis and CBD industry, so it is a great long-term play.

3 Explosive Pot Stocks to Buy in 2022 and Beyond

2 Smartest Cannabis Stocks to Buy in 2022 and Beyond

Is This Early-Stage REIT the Next Innovative Industrial Properties?

This Humble Dividend Stock Is Preparing for Takeoff
349%