Shares of medical equipment maker Hill-Rom Holdings (NYSE:HRC) were up more than 10% as of 11:22 a.m. EDT on Monday after reports of a buyout offer from Baxter International (NYSE:BAX). 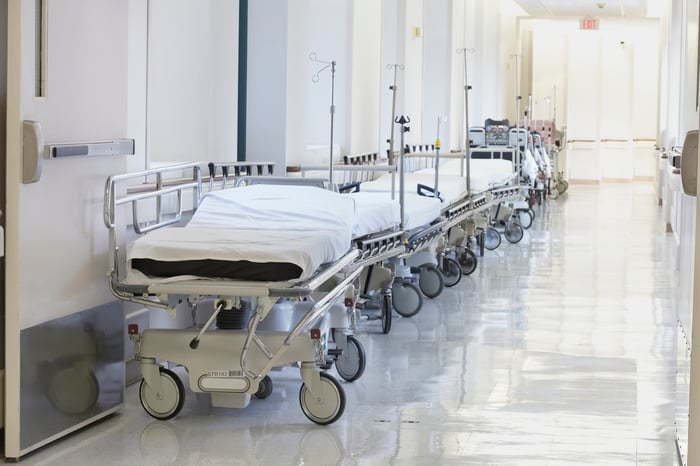 An earlier bid from Baxter was shot down by management. That offer, reported late last month, was for $144 per share. Today's rumors have the offer price climbing to $150 per share. That's still a few percentage points above the current price. The stocks have headed in opposite directions since late July when news first broke of a potential deal. 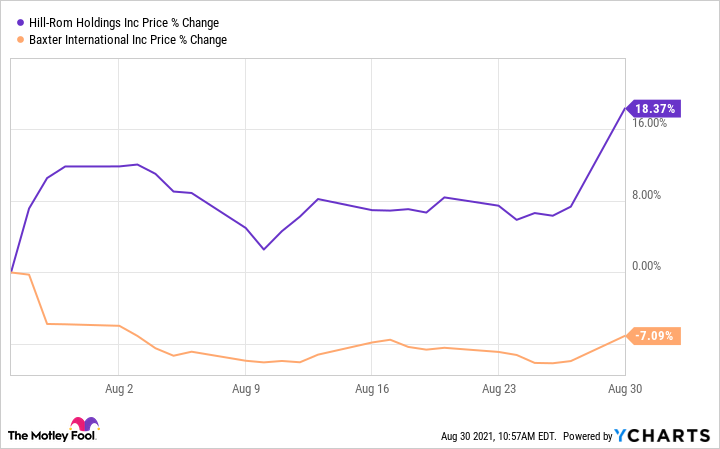 Potential synergies would be the buzzwords most likely to get thrown around should the marriage be consummated. In addition to expanding the product line, Hill-Rom's higher-margin offerings could also be the attraction.

Neither business has shown much growth since transformative deals in the middle of the last decade. Baxter spun off its biotech business in 2015. Hill-Rom spent $2 billion on a maker of patient monitoring systems in 2016. Between them, the companies have only grown revenue more than 5% in one year since.

The pace of buyout deals in the healthcare industry is more than double what it was last year. That could make it more likely that another suitor emerges for Hill-Rom. With the most recent offer only a few dollars more per share than the previously rebuffed bid, Baxter might feel comfortable the price is right.