This utility can help ensure those golden years don't lose their luster.

After years of saving and planning, retirees are ready to sit back and enjoy the fruits of their investing labors, whether it's taking a dream vacation, making a large purchase, or simply going out to dinner more frequently.

But enjoying these fruits can quickly sour if retirees don't plan wisely. During their years in retirement, therefore, investors should look to fortify their portfolios with conservative investments like the water utility American Water Works (AWK -0.17%), a stock that represents considerably less risk than the more speculative investments that retirees might have chosen when they were younger. 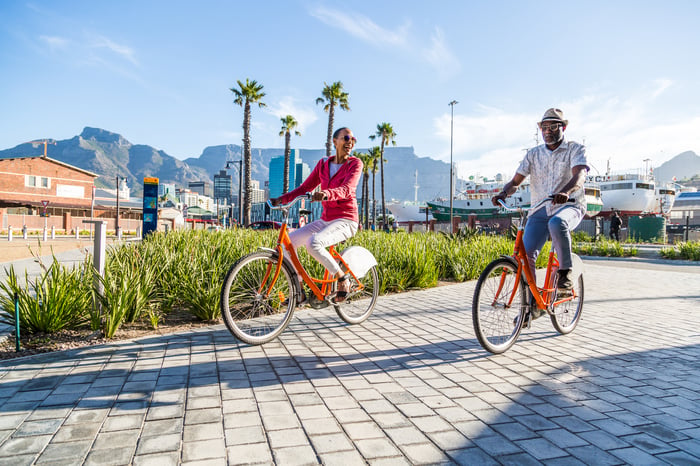 The big picture around this big utility

Unlike smaller regional utilities, American Water Works is the largest publicly traded water utility available to investors. The company provides its water and wastewater services to more than 15 million people in 46 states. Because of the geographic diversity in its customer base, American Water Works is able to withstand the challenges that might arise from adverse weather conditions in particular regions, such as the drought in California, which could affect California Water Service Group (CWT -0.14%) and American States Water (AWR -0.51%), two water utilities that primarily serve the Golden State.

Thanks to the company's commitment to growing through acquisitions, it's likely that American Water Works will continue to reign as the largest water utility for some time. The company added more than 11,000 customers through acquisitions in the first half of 2021, and it plans to add another 87,000 through pending acquisitions. Management recognizes the ability to grow even more, identifying opportunities to add 1.3 million customers.

A lot of flow with little ebb

While some retirees might prefer to have a niche of their portfolios carved out for growth stocks, the majority of their holdings will likely be companies that are reliable generators of profits and cash flows. Because American Water Works primarily operates in regulated markets (the segment accounted for 86% of operating revenue in 2020), management has good foresight into its finances, thus allowing it to plan accordingly for future capital expenditures and acquisitions. 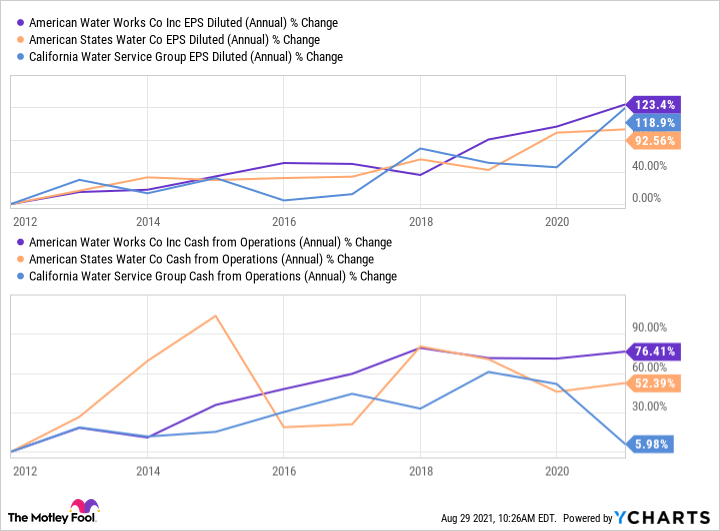 Over the past 10 years, the company has more than doubled its bottom line, outpacing the rates of its peers. With the help of additional acquisitions, management expects consistent profit growth as well, forecasting earnings per share to rise at a compound annual growth rate of 7% to 10% from 2021 to 2025.

Besides the income statement, American Water Works also shines with its cash flow. The company has grown its operating cash flow at a steady clip over the past decade, outpacing its peers. It's not only the cash flow growth, however, that is noteworthy; the company distinguishes itself in another way. On average over the past three years, American Water Works has generated annual operational cash flow that is 39% of its overall revenue, yet American States Water and California Water Services Group have only generated 27% and 21%, respectively.

Savvy retirees know that while Social Security will be an important cash source, it's smart to have a portfolio that generates additional income with the help of dividend stocks. Currently, American Water Works offers investors a forward yield of 1.34%.

While the payout isn't an eye-popping amount, retirees can rest assured that management isn't looking to sacrifice the company's financial health to make investors happy with a dangerously high distribution. Over the past five years, for example, the company has an average payout ratio of 58%. And when taking into account the company's dividends and the stock's capital appreciation, American Water Works has proved to be a long-term winner for investors, beating the S&P 500 considerably over the past decade. 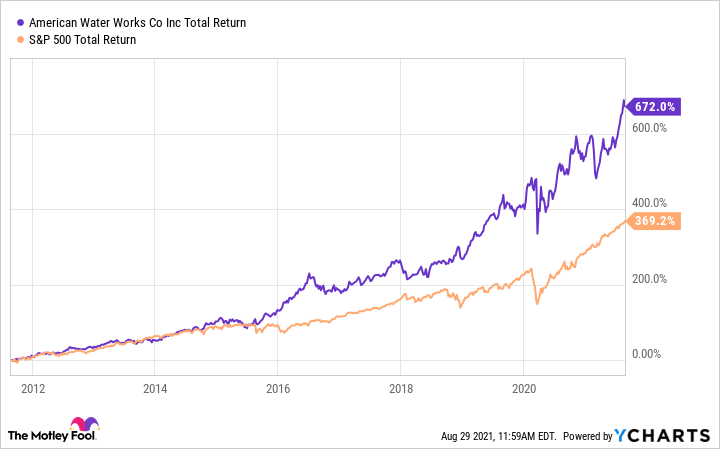 While there's no guarantee that American Water Works will continue to outperform the S&P 500, the company's track record bodes well.

Sleep well with this water wizard

There's no single dream stock for everyone, but American Water Works should appeal to a wide swath of retirees. The company has an impressive history of strategically growing by acquiring smaller water utilities, and its history of growing profits and cash flow distinguishes itself from water utility peers. For retirees who are looking to strengthen their portfolios with conservative investments, American Water Works is a clear choice.

American Water Works Earnings: What to Watch on April 27
376%