There is much enthusiasm surrounding renewable energy stocks in recent years. Though the iShares Global Clean Energy ETF is down roughly 18% in this year, it still crushed the broader market over a three-year timeframe. In three years, the ETF is up 163%, significantly outperforming the S&P 500 Index's 55% rise.

Investors' euphoria around renewable energy isn't unfounded. By 2050, the share of renewable sources in the U.S. power generation sector is projected to double from 21% to 42%. That should give renewable energy companies significant growth opportunities. Here are three promising stocks to consider buying right now to benefit from expected renewables growth.

Array Technologies (NASDAQ:ARRY) provides solar trackers, which move solar panels throughout the day based on the movement of the sun. The trackers help increase the reliability and uptime of the system, as well as boost energy production. Array Technologies stock fell steeply in May after the company reported lower margins for the first quarter due to higher steel and freight costs. It also expressed uncertainty over meeting its guidance for 2021. 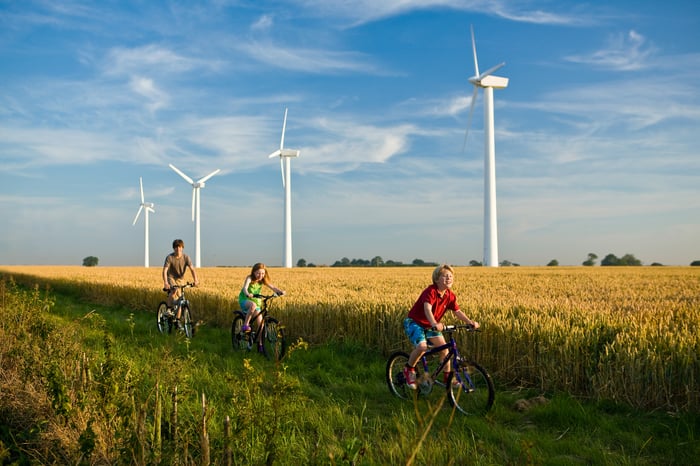 In the last few months, the company focused on reducing its exposure to the prices of input commodities, notably steel. Array has now entered into supply agreements that fix around 85% of its input costs for the rest of 2021. This gave it the confidence to reinstate its earlier guidance for 2021. Array increased its revenue by 76% in Q2, though margins dipped due to higher costs. Moreover, its order book increased by 45% over the year-ago quarter, indicating continued strong demand.

Array now freezes costs with suppliers as soon as it receives a project from a customer. It used to wait until the customer signed the final contract, exposing it to price increases during this gap. With the new process, Array expects continued margin improvement in 2022.

In August, Array secured an investment of $350 million from Blackstone by selling perpetual preferred stock. It also has the option to withdraw an additional amount of up to $150 million through June 2023. The company used these funds to repay its outstanding debt and improve its liquidity position. Though the preferred stock's yield is higher than the interest rate Array was paying on its loans, the investment helps improve its debt ratings. Moreover, Blackstone's decision to invest in Array, while also appointing one of its member on the company's board, suggests that the Group believes in Array's growth strategy and potential. So while common investors don't generally like preferred stock issuance, in Array's case, it looks like a better option than dealing with the high debt levels.

Array Technologies is trying to get a better handle on its costs. At the same time, the company's revenue growth and order backlog look strong. With improved liquidity, strong demand, and favorable contract structures, Array Technologies looks well placed to grow in its niche.

Shoals Technologies Group (NASDAQ:SHLS) provides electrical balance of system, or EBOS, solutions for solar projects. EBOS includes all the basic components, such as cable assemblies and fuses needed to transfer the electric current produced by solar panels to the power grid. The company often customizes these systems, integrating design and engineering support and installations for customers' specific projects.

Shoals, which completed its initial public offering in January, reported 38% year-over-year growth in its second-quarter revenue. At the same time, the company's gross margin increased from 38.8% in the year-ago quarter to 43.8% in the latest quarter. 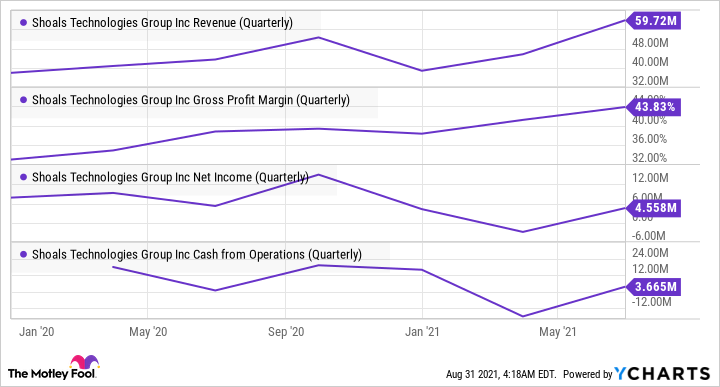 The company's bottom line is in the green and it is generating positive cash from operations, albeit a small amount. For the full year 2021, Shoals expects revenue in the range of $230 million to $240 million. That range implies 31% to 37% year-over-year growth in revenue.

Shoals competes with companies such as SolarBOS, Bentek Solar, and ConnectPV, but it is bigger than these competitors in the EBOS market segment. Investors might want to consider adding this components specialist to their portfolioa because of its impressive revenue and gross margin growth.

NextEra Energy Partners focuses on clean energy projects with stable, long-term cash flows. This has allowed the company to grow its revenue and dividend impressively over the years. 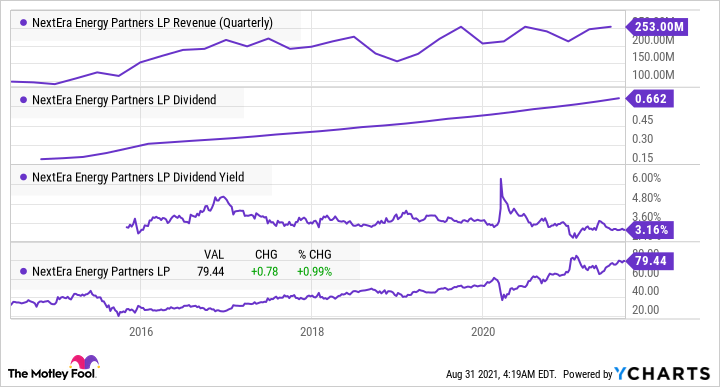 The stock offers an attractive dividend yield of nearly 3.2% as of this writing. In the first half of this year, NextEra Energy Partners grew adjusted earnings before interest, taxes, depreciation, and amortization, or EBITDA, by 9% over the same period last year.