Please ensure Javascript is enabled for purposes of website accessibility
Log In Help Join The Motley Fool
Free Article Join Over 1 Million Premium Members And Get More In-Depth Stock Guidance and Research
By Keith Speights – Sep 3, 2021 at 5:55AM

Each of them is a leader in a rapidly growing market.

A little money can become a lot of money when two ingredients are in place. The first thing you need is great assets to invest in. The second requirement is time. How much time it takes depends on the prospects for your investment choices.

There are some stocks that offer the potential to generate tremendous returns over the next five to 10 years. Even a modest amount invested in these stocks should grow to a relatively large amount during that period. Here are three growth stocks to invest $250 in right now. 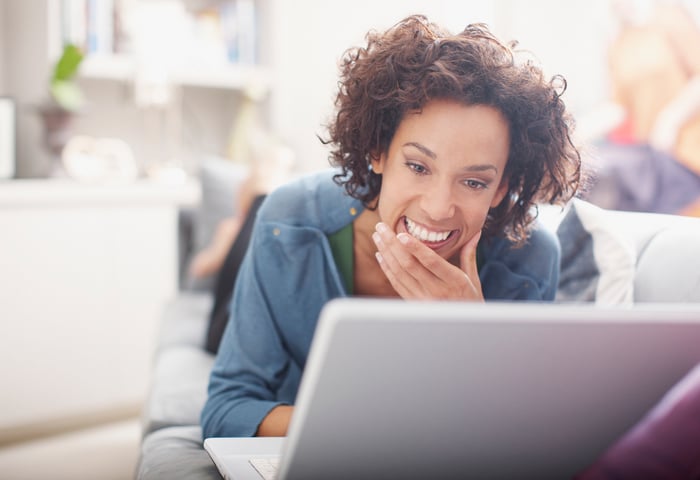 One of the most important rules for success in retail is to differentiate. Etsy (ETSY 2.01%) reigns as a master of differentiation. Its customers know that they can find unique handmade products on Etsy's platform that they can't find anywhere else.

Etsy's recent acquisitions make it stand out even more. In 2019, the company bought Reverb, an online marketplace for new and used musical instruments. Over the last several months, Etsy acquired Elo7, which had already earned the nickname "the Etsy of Brazil." It also bought online fashion resale marketplace Depop.

The purchase of Depop could be especially key to Etsy's growth prospects. Etsy CEO Josh Silverman said on the company's Q2 conference call that "Depop is potentially to Etsy like Venmo was to PayPal, a new way to shop for the new generation." Expanding more heavily into apparel makes sense, considering that it's the largest category within e-commerce.

Etsy's total addressable market tops $1.7 trillion. If the company can capture just a low-single-digit percentage of that market, its stock could be a 10-bagger.

Jushi Holdings (JUSHF 3.11%) is kind of an anomaly among cannabis stocks in that its valuation is quite reasonable. Jushi's shares trade at less than two times expected 2022 sales.

The U.S. multi-state cannabis operator also stands out with its financial performance. Jushi is already profitable. Its revenue soared nearly 220% year over year and almost 15% quarter over quarter in the second quarter of 2021.

Virginia represents one of Jushi's biggest growth opportunities. The company currently holds a license to operate in the medical cannabis market for the northern part of the state -- home to nearly 30% of Virginia's total population. In 2024, Virginia's recreational adult-use cannabis market is scheduled to open. Jushi could be in a great position to build its brand during the meantime and become a key player in this coming recreational market.

You might not have heard of Matterport (MTTR -3.54%). However, if you've shopped for a house online anytime lately, there's a pretty good chance you've seen the company's technology.

Matterport is the leader in spatial data -- creating 3D models of buildings. Its technology is used to provide virtual tours of properties, aid in construction, help insurers evaluate claims, and more.

There are other current and potential rivals in this market. However, Matterport has a huge head start. It has 100 times more spaces under management than the rest of the market combined. More than 13% of the Fortune 1000 companies use Matterport's technology.

The stock also has a massive growth opportunity. There are around 4 billion buildings in the world with 20 billion physical spaces. This represents a $240 billion total addressable market. Matterport only needs to carve out a small sliver of this market to deliver tremendous returns for investors.