Novavax (NASDAQ:NVAX) has its skeptics. Some point to the company's history of failure. Its respiratory syncytial virus (RSV) vaccine candidate ResVax experienced two clinical setbacks, and it has pushed back its anticipated timeline for filing for Emergency Use Authorizations (EUAs) of its COVID-19 vaccine candidate NVX-CoV2373 three times.

However, the future for this biotech stock could be brighter than many critics think. Novavax should file for EUA in the U.K. for NVX-CoV2373 within weeks, followed quickly by filings in the European Union and other countries.

Its COVID-19 vaccine, while somewhat late to the party, could still be a commercial success for Novavax. But there's also another candidate in the company's pipeline that just might be its ace in the hole. 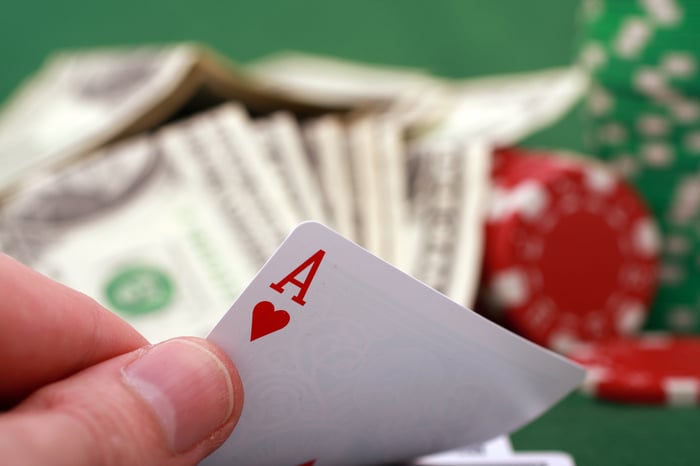 A hot candidate on the back burner

With all of the hubbub over NVX-CoV2373, it's easy to forget that it wasn't all that long ago that investors were excited about another experimental vaccine developed by Novavax. The company had high hopes for flu vaccine candidate NanoFlu after reporting encouraging results in early 2018 from a phase 1/2 study.

Novavax advanced NanoFlu into phase 2 testing in older adults in September 2018. It reported more good news from that clinical trial in January 2019.

The company seemed to be set to move quickly to file for approval of NanoFlu. However, its flu vaccine program was pushed to the back burner with Novavax moving forward with its COVID-19 vaccine development.

It made sense that Novavax chose to focus on its COVID-19 program. The opportunity was too great to ignore, and Novavax's resources could only be spread out so far. And with the U.S. government throwing $1.6 billion the company's way to develop NVX-CoV2373, a shift in priorities was a no-brainer.

However, Novavax certainly hasn't forgotten about NanoFlu. The company thinks that a combination COVID-19/flu vaccine featuring NVX-CoV2373 and NanoFlu could be a winner.

Novavax has already announced promising preclinical data evaluating a NanoFlu/NVX-CoV2373 combination vaccine. It plans to initiate a phase 1 study in Australia later this year to evaluate the experimental combo.

NanoFlu truly could be the key to Novavax setting itself apart from other COVID-19 vaccine makers. Pfizer and BioNTech are working on a flu vaccine candidate, but it hasn't advanced into clinical testing yet. Moderna only recently began early-stage clinical studies of its experimental flu vaccine.

Meanwhile, Novavax has already demonstrated NanoFlu's safety and efficacy. It's also already moving ahead with clinical testing of a COVID-19/flu combo vaccine, something that rivals haven't done yet. Should annual boosters for COVID-19 be needed in the future, a combo COVID-19/flu vaccine could provide a compelling value proposition. Novavax appears to be the leader on this front.

I understand why some might be skeptical about Novavax considering the company's past track record. However, the company is in a better position than ever to succeed. Novavax has already reported positive results for NVX-CoV2373 from late-stage studies in the U.K. and the U.S. The primary hurdle now is to complete the regulatory filings for the vaccine.

Assuming Novavax wins EUAs, it should be set to make a boatload of money. The company recently signed a deal with the European Union to supply 100 million doses initially and up to 100 million additional doses of NVX-CoV2373. Novavax could soon have ample financial resources to fund its COVID-19/flu combo vaccine program.

It's not surprising at all to me that analysts are bullish about the vaccine stock. With the attractive prospects for NVX-CoV2373 and NanoFlu as its ace in the hole, Novavax appears to be a pretty good bet.