Popular exercise equipment maker Peloton Interactive (NASDAQ:PTON) is hoping to become even more popular with customers in the coming months and years. The company just introduced its updated treadmill product, the Tread, to other markets (including the U.S.) after initial success in the U.K.

Management noted that with the international expansion, the Tread could become its best-selling product. That's strong praise considering how popular its first interactive machine, a stationary bike, is with customers. In other words, there are more runners worldwide than bicyclists. Here's why the updated product could strengthen its relationship with existing customers. 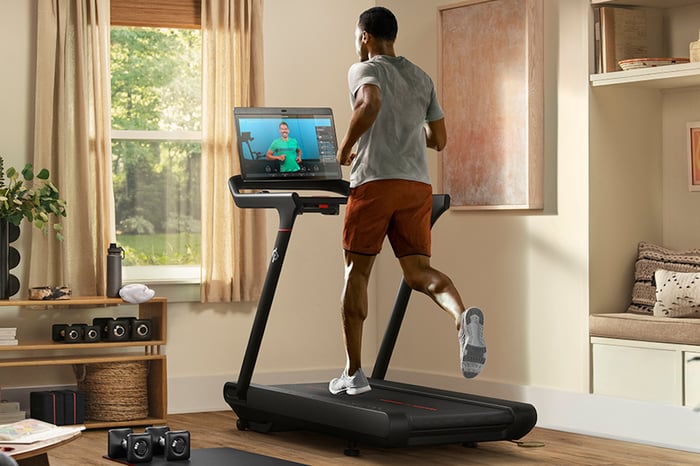 Importantly, the new Tread should not be confused with Peloton's Tread+. The latter was recalled back in May after several reports of injuries involving children who were playing around the machine and getting caught under the tread while it was actively rotating. The new version has fixed the issue by adding a security code users must input before the machine will operate, hopefully under adult supervision.

On Aug. 30, Peloton launched the Tread in the U.S. and Canada, with an introduction in Germany later in the year and in Australia soon after. There is reason to believe the product will receive a warm reception: In the U.K., the Tread has a Net Promoter Score of 85. NPS is a widely used market research metric that asks respondents to rate (on a scale of -100 to 100) the likelihood that they would recommend a product to a friend.

Peloton claims a customer retention rate of 92% for its connected fitness services. The company offers a subscription to interactive exercise classes along with its machines for $39.99 per month in addition to the cost of the equipment.

And it allows households to share a subscription, meaning a home with two Peloton products pays only one membership fee of $39.99 per month. That gives extra value to owners who add a Tread to another of the company's products, perhaps creating longer-term customers.

The downside is that sales of Tread to existing customers will not necessarily generate more memberships. And with 50% of the interest for Tread coming from existing customers, it could create more households with multiple users.

Moreover, the Tread will initially generate a lower gross profit margin compared with the Bike. Management said it has only been producing the Tread for a few months and hasn't had a chance to reach efficiencies of scale. To assuage investor concerns regarding margins, CFO Jill Woodworth pointed to the progress it made with the Bike:

But also, I would put in the back of your mind, think about what we did with Bike over the last five years. On an index level, let's say, five years ago, it cost us $1 to make a bike. It costs us $0.40 today, even with the commodity and freight rate increases. So I think given our very lean portfolio and our ability to build very few [stock-keeping units] with great capacity will give us a tremendous margin power over the next few years.

As it builds more units and removes inefficiencies from the process, Peloton can improve profit margins on the Tread. But it remains to be seen what magnitude those improvements will be. And as is the norm, when a company adds uncertainty to the business, it increases risk. That's partly why the stock sold off after Peloton discussed the launch in the fourth-quarter conference call.

Fortunately for shareholders, the company remains popular with customers. That, along with the fact that it did it before, is reason enough to give management the benefit of the doubt and trust it can improve margins.