Shares of Johnson & Johnson (NYSE:JNJ) are down more than 2% as of 3:25 p.m. EDT Thursday as potential regulation for prescription drug prices becomes clearer. 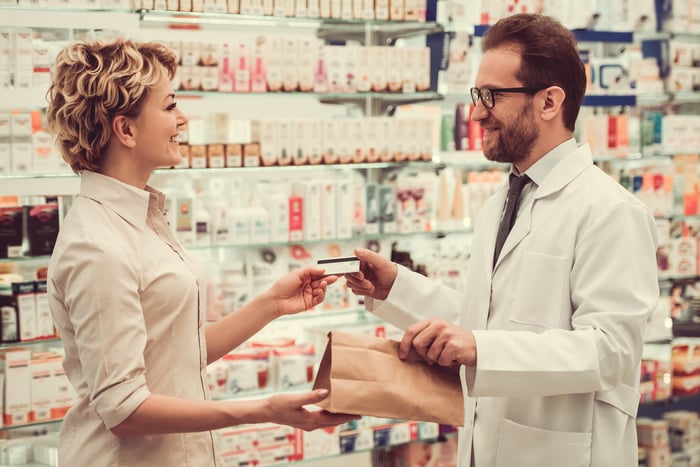 Today, the U.S. Department of Health and Human Services released the Biden administration's plan to drive down costs. It supports allowing the federal government to negotiate drug prices in its Medicare program. That's the federal insurance program for people aged 65 and older. Medicare also includes younger people with disabilities.

Johnson & Johnson isn't the only major drug company having a bad day. Fellow large drugmakers Pfizer (NYSE:PFE), Eli Lilly (NYSE:LLY), and Abbvie (NYSE:ABBV) are all down more than 2%.

Don't expect legislation soon. Politicians are still divided -- even Democrats, who largely support the goals of the proposal. For its part, a drug manufacturing trade group pointed to the insurance industry as missing from the list of targets for change.

One of the more interesting possibilities is the plan's potential to prevent pharmaceutical companies from paying generic drugmakers to delay marketing their cheaper replacements. It's a tactic Johnson & Johnson has been accused of before. Another is a call to reduce regulatory barriers for generic or biosimilar drugs.

Other changes include tying reimbursement for drugs to their efficacy and offering federal funding to create new treatments. The plan doesn't mention any projected impact to taxpayers, whether costs or savings.