If this company is building the matrix, the virtual world is getting some nice boats.

Shares of Matterport (MTTR -0.91%), a maker of software that allows anyone to create a digital replica of a three-dimensional space, were up more than 11% today after the company was selected to create immersive experiences for luxury vessels. 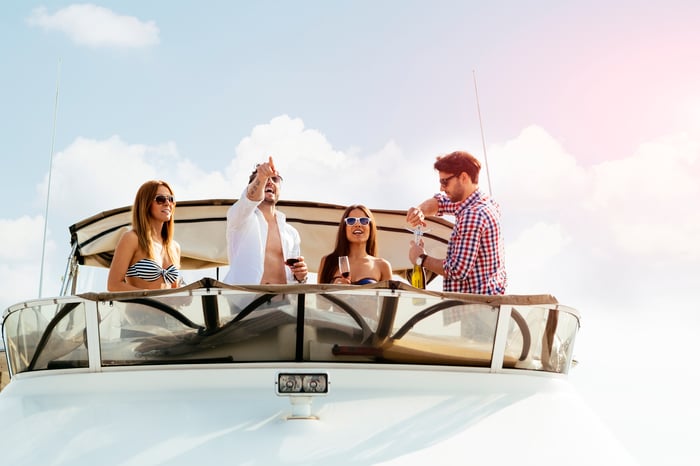 The relationship isn't new. Superyacht Creative, a boutique agency focusing on the luxury yacht market, has been using Matterport's software to generate 3D experiences for both builders and owners of the vessels. According to the firm, it has accelerated the pace of sales. Beyond sales, clients have also been able to use the software for insurance documentation.

The use case adds yet another application to Matterport's portfolio. Management already points to millions of buildings in more than 170 countries that have been digitized.

Matterport has better-known customers, like Redfin, AT&T, and Verizon Communications, and partners like Facebook. But the yacht market highlights just how many different applications of its software could exist. Aside from its scanning service for high-quality digitization, its iPhone app has dramatically increased its reach.

In the quarter ending June 30, subscription revenue and subscribers rose 53% and 158% year over year, respectively. The company will need many more announcements like today's to live up to the valuation. Its $4.3 billion market cap is nearly 35 times management's estimated $123 million in revenue. That's on par with some of the fastest growing stocks in the market. And those have a much longer public history than Matterport. It just came public through a special purpose acquisition company a little more than a month ago.

Why Matterport Has Massive Upside Potential
356%