When searching for new investments, it's often lucrative to look at stocks that have a strong history of growth. Oftentimes, the winners keep on winning and their success is a great indicator that the future is bright. We asked three Motley Fool contributors to present one stock that's had a red-hot year and could continue its winning trend long into the future. They offered up Nvidia (NASDAQ:NVDA), Sea Limited (NYSE:SE), and Atlassian (NASDAQ:TEAM).

Nvidia: An industry leader with room to run

Danny Vena (Nvidia): If you're looking for a red-hot tech company, look no further than Nvidia. Not only is the stock up more than 70% so far this year, but its performance has been masterful over the past decade, surging more than 6,100%. Given the stock's runaway growth, it would be easy to assume that the greatest gains have already been made, but evidence suggests that the best may be yet to come for Nvidia.

The company still gets the lion's share of its sales from its industry-leading graphics processing units, which are the top choice of diehard gamers everywhere. Nvidia dominates the competition, with an 83% share of the discrete desktop GPU market. 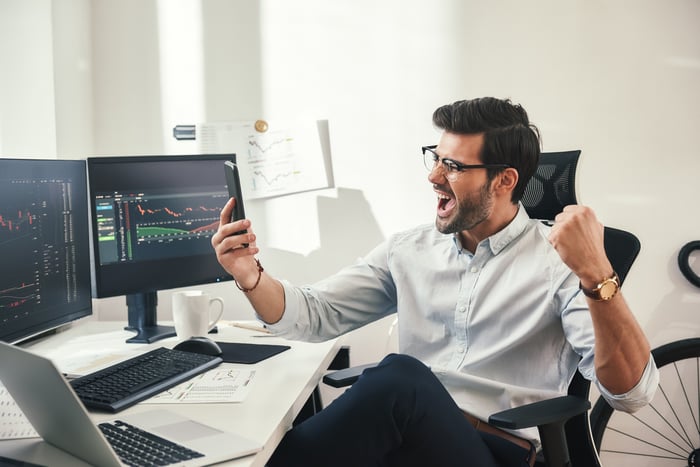 This led to record gaming revenue of $3.06 billion in the second quarter, up 85% year over year. Investors would get their money's worth from its gaming business alone, but that's just the beginning. Nvidia has several other opportunities that could continue to play out for years if not decades.

One of the biggest lessons of 2020 is that the digital transformation is just getting started, as evidenced by the accelerating adoption of cloud computing. This represents another massive market for Nvidia. It turns out that the parallel processing that's key to rendering lifelike images in video games, is equally adept at training artificial intelligence systems and moving information around the data center at lightning speeds.

As a result, Nvidia is the leading provider of GPUs for cloud computing operations, and its processors are harnessed by each of the biggest cloud providers, including Amazon Web Services, Alphabet's Google Cloud, and Microsoft's Azure, and those are just the headliners. There are many, many more.

The tailwinds from the growing adoption of cloud computing helped drive record sales for its data center segment in the second quarter as well, with revenue of $2.37 billion, up 35% compared to the prior-year quarter.

Nvidia is also developing a number of small but growing segments that could take center stage in years to come. The most exciting opportunity is that of self-driving cars. While the business is something of a moonshot now, Nvidia is making the most of the opportunity by partnering with a growing list of A-list automakers chasing success in autonomous driving.

The company is also on the cutting edge of professional visualization, an area that serves engineers, graphic artists, and designers. Nvidia also has its finger on the pulse of numerous other evolving trends, including robotics, genomics, and computational biology, all of which require the speed and power of its GPUs to reach their full potential.

The road ahead is long and the opportunity vast for Nvidia. The company generated revenue of $6.7 billion last year, but that's just a drop in the bucket compared to its total addressable market, which management estimates could top $250 billion by 2023. 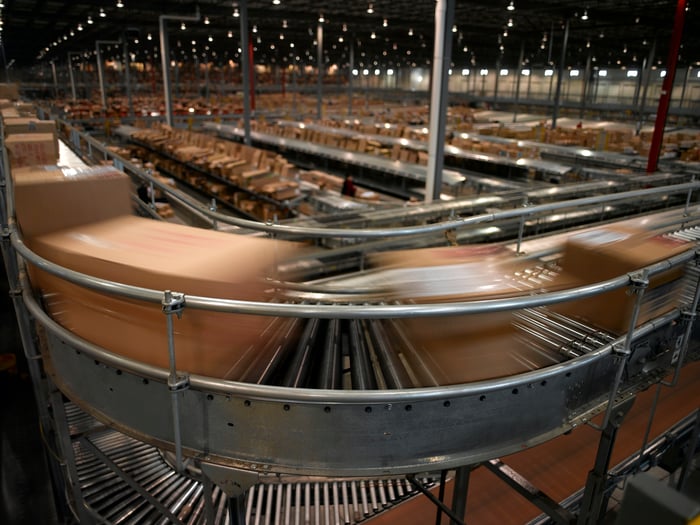 Sea Limited: Put this Singaporean conglomerate on your investor radar

Will Healy (Sea Limited): Despite its $185 billion market cap, gaming and e-commerce giant Sea Limited has not yet become a household name in the U.S. But even with this relative lack of notoriety, not only does it appear on track to become the Amazon of Southeast Asia, but it continues to expand its influence far outside its home region.

Garena, Sea's oldest division, is the gaming segment that boasts multiple online games reaching over 130 countries. However, Free Fire has become its best-known game, becoming the world's most downloaded game in 2019 and 2020. The company noted on its Q2 2021 earnings call that Free Fire has attracted 1 billion downloads on Alphabet's Google Play, and the game's number of daily active users experienced a peak of 150 million.

Moreover, in 2015 it segued into social e-commerce with Shopee. Shopee succeeded despite its late entry into the market by utilizing third-party marketplaces to build sales volume. So successful was this strategy that Shopee was the third most downloaded app in 2020.

More recently, Shopee has expanded outside of its core Asian markets. The company moved into Brazil in 2019 and Mexico early this year, challenging MercadoLibre (NASDAQ:MELI) in some of its largest markets. It also launched its first European market in September, going into Poland.

With this expansion strategy, Sea brought in more than $4 billion in revenue in the first six months of the year, a 153% increase from the first two quarters of 2020. Digital entertainment, e-commerce, and sales revenue all logged triple-digit revenue gains during that time.

Still, revenue and operating costs continue to exceed revenue, and investors should not expect profitability anytime soon. Additionally, the company's 2021 revenue forecast of 44% growth in digital entertainment points to a slowdown in that segment. However, this still represents robust growth, particularly if the prediction for a 122% increase in 2021 e-commerce revenue holds.

Moreover, investors forgave Amazon as it ran losses for years, and the 73% increase in the stock price year to date may indicate that Sea's investors exercise a similar level of patience. 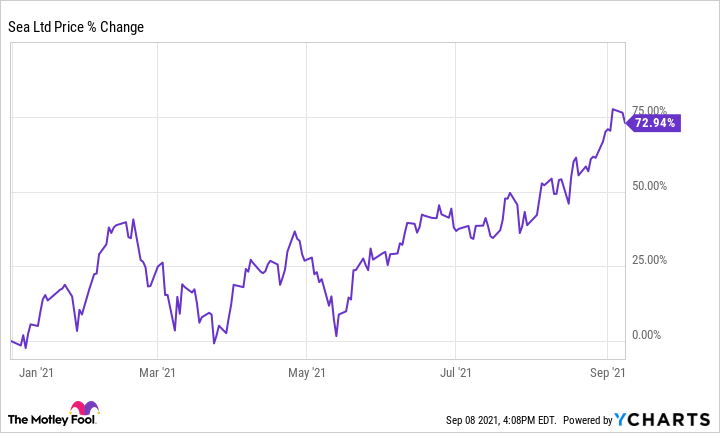 However, Sea stock will not come cheap. Its price-to-sales ratio stands at 26, well above MercadoLibre's 17 sales multiple and Amazon's ratio of four. Nonetheless, Sea's sales multiple has remained steady over the last year. Assuming this massive growth continues, new investors can still capitalize on this potentially lucrative opportunity. 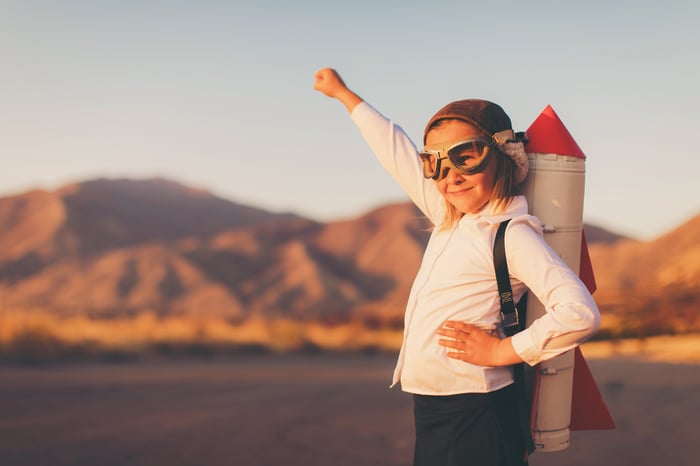 Atlassian: Rocketing into the clouds

Brian Withers (Atlassian): Atlassian is making a huge transition to migrate its customers to its cloud or cloud-ready offerings. This effort started with the first-quarter 2020 earnings announcement in October 2020. The company has made significant progress this year and the market has rewarded the efforts with a red-hot 60%-plus gain in the stock price. But if you think you've missed the ride, think again. This cloud-first collaboration software specialist has plenty of room to run.

Even though the overall top line declined sequentially, subscription-based revenue grew 10% quarter over quarter and 50% year over year to make up almost 70% of all revenue. This is an important metric for investors to watch as the company works toward getting 100% of its revenue from subscriptions. Additionally, customers continue to sign on to the platform as the company added over 20,000 new customers in the quarter. The company expects its subscription revenue to grow 40%-plus throughout its upcoming fiscal year. The market considered these results a huge win and sent the stock up double digits after earnings.

All of this bodes well, but there's even more for investors to get excited about. The company was named a leader in Gartner's 2021 Magic Quadrant for Enterprise Agile Planning Tools, giving its software serious credibility. A new product called Team Central was launched that allows organizations to keep track of all of its projects across the enterprise. Lastly, the company won 12 awards in 2021 for its outstanding culture. All of this results in management able to project a solid 34% year-over-year growth for the upcoming quarter.

As you can see, Atlassian is a high-quality company, but it comes with a high valuation, too. Its price to sales ratio is a lofty 46, but for those who buy now and hold for the next five to 10 years, this stock will likely return solid market-beating results.