An insider buy and positive data may have boosted optimism.

Cardiff Oncology (CRDF 6.08%) , a clinical-stage biotech company specializing in new cancer treatments, saw its share price rise as high as $7.18 on Monday. It closed the day at $6.74, up about 7% from its previous close.

The company also presented positive phase 1b/2 trial news last week regarding onvansertib, its lead pipeline candidate. The drug is being tested with a chemotherapy drug combination called FOLFIRI and a non-chemotherapeutic drug called Avastin (bevacizumab). Combined with FOLFIRI and Avastin, onvansertib is showing promise as a second-line treatment option for patients with KRAS-mutated metastatic colorectal cancer.

The company said that seven of 19 patients treated in the trial had a confirmed partial response to the drug therapy by the data cutoff date. 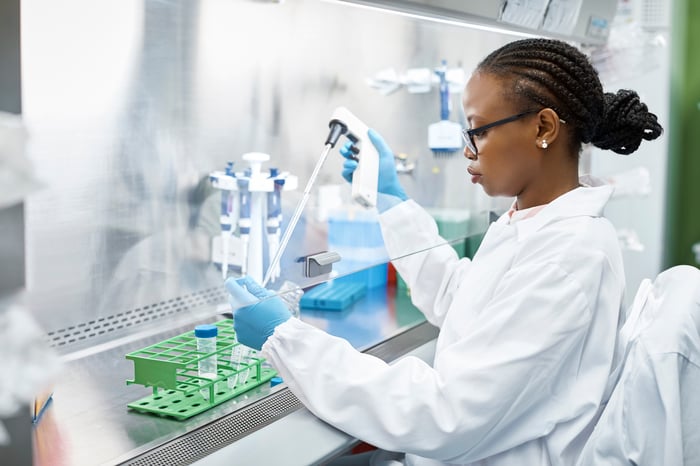 Cardiff doesn't have any marketed drugs yet and does not turn a profit.

The company has a market cap of $249.18 million, so it doesn't take much action for the stock's price to jump -- or fall. Investors seem to be excited that insiders are positive about the company, but ultimately, until more conclusive trial details come in, this stock is pretty speculative. Levine joined the company last month along with Chief Medical Officer Katherine L. Ruffner.

If onvansertib is approved by the FDA, though, that would be a big deal for Cardiff. According to the American Cancer Society, colorectal cancer is the third-leading cause of cancer death in both men and women, and the second overall cause when both sexes are combined.

In the second quarter, the company reported a loss of $6.9 million. The biotech company also reported that it only has $10.5 million in cash, so its cash level is a concern.