If you listen, you can hear the progress amid the noise.

Sometimes a company can stumble in the quarters after it comes public only to right the ship in the years ahead. Facebook fell 54% after its initial public offering (IPO) and has risen 2,000% in the nine years since. That could be what's happening with Clover Health (CLOV 2.26%) -- the company brought to the market through a Chamath Palihapitiya special-purpose acquisition company in January of this year.

The stock has been more than cut in half since its first day of trading and has endured two public stumbles -- first, when a short-selling firm uncovered a Department of Justice investigation the company hadn't disclosed; and second, after its first earnings release contradicted a pre-IPO claim Palihapitiya made. Still, management appears to be making progress on several fronts that will drive business performance in the years ahead. Here are three reasons that could be good news for shareholders over the long term. 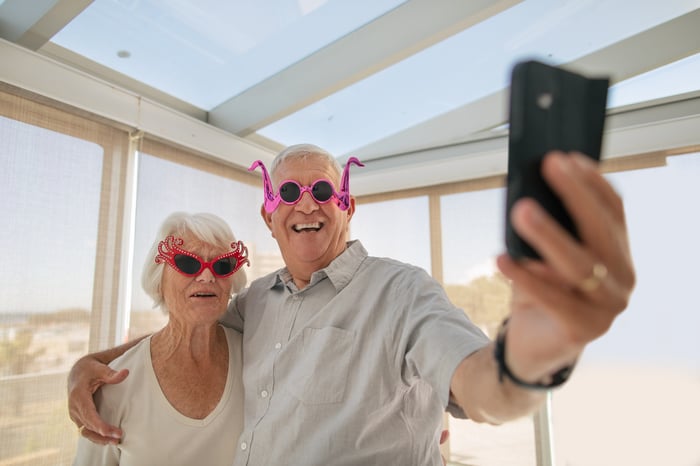 Clover Health is on a quest to make quality healthcare available and affordable to every senior citizen regardless of wealth, health, or economic status. It began by participating in the Medicare Advantage (MA) program. More than 26 million Americans are enrolled in MA, and they account for $343 billion in spending. But competition is fierce. The average Medicare beneficiary now has 33 plans from which to choose -- more than at any other time in the past decade.

To expand its reach, Clover applied for -- and was accepted into -- the direct contracting model for regular Medicare. It's a program that the Centers for Medicare & Medicaid Services (CMS) established to produce quality healthcare at a good value. Overall, Medicare is a $1 trillion market. And it's offering a ripe opportunity for Clover to grow.

The new CMS direct contracting program allowed the company to more than double its lives under management in the most recent quarter. As of June 30, that number stood at 129,000 -- about 52% were associated with the MA program.

The company is also integrating its Clover Assistant tool into Athenahealth's electronic health record (EHR) system. The EHR's market share in ambulatory sites was estimated as high as 6% in 2020 and as low as 3% in 2019, the same year it exited the small-hospital market. That's paltry. However, it's in clinics and doctors' offices where Clover's tool is used. That's Athenahealth's focus, too.

Management has cited EHR integration as a development focus on previous conference calls. In the most recent earnings presentation, chief technology officer Andrew Toy highlighted the company's adoption of the Fast Healthcare Interoperability Resources (FHIR) standard. It's a federally mandated format for data exchange between EHRs.

Last month, management announced the Clover Assistant could integrate with all FHIR-enabled EHRs. That includes the virtual duopoly of Epic and Cerner. While not a perfect analogy, it's like saying your app can now run on both iOS and Android platforms -- in 2008. It won't guarantee success. But it's a necessary ingredient. The future of the industry points clearly to industrywide data exchange.

One area where Clover has distinguished itself is in tackling some of the barriers to the most vulnerable populations in this country. At the end of 2019, about half of the company's members identified themselves as minority. That's substantially higher than the 30% industry average.

Clover also performed well on a prototype of the MA Health Equity Summary Score -- a new CMS tool to evaluate how well plans are delivering care to populations disproportionately affected by social risk factors. The company has been pushing CMS to adopt a rating system that takes these factors into account. If that happens, it should improve Clover's quality score from three stars to four stars resulting in significant quality bonuses. In 2021, the payout averaged $446 per member. Overall, CMS paid out $11.6 billion in bonuses.

There is no question that Clover Health is off to an inauspicious start as a public company. A controversial sponsor and method of going public didn't help. But an undisclosed investigation and what I'll politely call a miscommunication with investors has soured Wall Street.

Yet there are reasons to be positive. The company continues adding members as it expands its offerings. And it is creating a tool that -- if it can continue proving itself -- will be available across all EHRs. Add in the benefits for the costliest and most at-risk population of patients and it adds up to the kind of future healthcare is moving toward. That's why Clover Health could be a growth stock worth owning for the long term.