These companies are benefiting from solid secular tailwinds, and their shares are still trading for cheap.

Another major surge in new U.S. COVID-19 cases, supply chain disruptions, and the return of inflation have combined to put something of a damper on the stock market in the first half of September. But this could prove to be an opportunity for long-term retail investors to get their hands on fundamentally strong growth stocks that have recently started trading at a discount.

If you have some excess funds available that you won't require anytime soon for paying bills or covering contingencies, investing that money for the long term in Micron Technology (MU -1.46%), Splunk (SPLK -3.12%), and DigitalOcean (DOCN 1.78%) could prove to be a winning strategy. 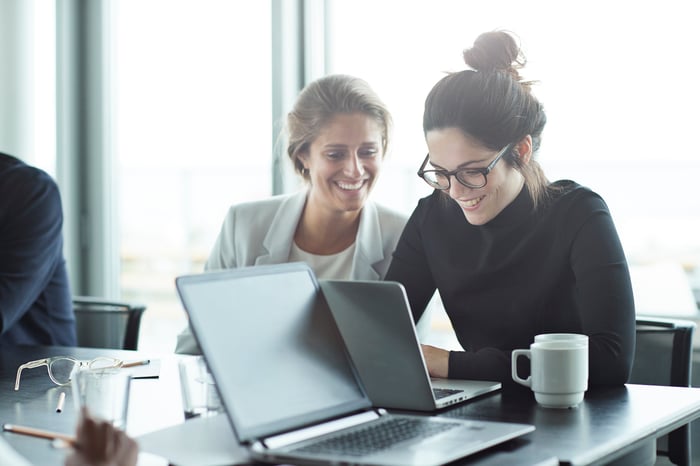 Leading memory storage specialist Micron Technology's shares have declined by nearly 25% from their April high due to fears that it will face significant pricing headwinds in the PC dynamic random access memory (DRAM) market and an anticipated decline in PC shipments in the fourth quarter. Several Wall Street analysts believe that memory supply will outpace demand in the coming months. Despite these concerns, the sell-off seems quite exaggerated for the world's third-largest DRAM chip manufacturer and its fifth-largest NAND chip manufacturer.

The tailwinds for the DRAM market are still strong. The work-from-home and remote-learning trends are far from over, especially with the delta-powered wave of COVID-19 cases surging worldwide. Market intelligence firm IDC now expects global PC shipments to grow 14.2% year over year to 347 million units in 2021. In addition, 5G smartphones require more DRAM and NAND memory per device than 4G smartphones, so the ongoing 5G upgrade cycle will add more momentum to demand. There is also a huge spike in server DRAM demand from data centers, driven by the increasing adoption of cloud computing, artificial intelligence, and Internet of Things-based technologies. Electric vehicles also demand more memory and storage to support both in-vehicle infotainment and assisted-driving functions. These will all be key growth drivers for Micron, considering that DRAM chips accounted for 73% of its third-quarter revenues.

Micron currently uses the design and power-efficient 1-alpha node process technology to manufacture DRAM chips. It plans to introduce even more cost-efficient extreme ultraviolet lithography (EUV) technology by 2024. The chipmaker generated $10.86 billion in cash flow from operations in the 12-month period that ended June 3, so Micron is well-positioned to aggressively invest in innovation for further margin expansion. 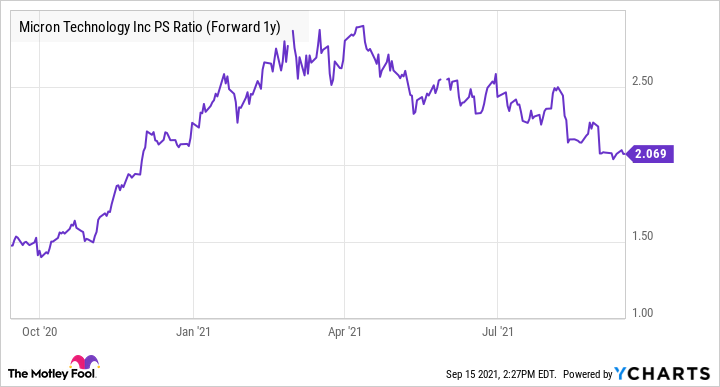 Despite the solid fundamentals, Micron technology is trading at a forward price-to-sales (P/S) ratio around 2, significantly lower than its valuation in April. Against the backdrop of solid secular tailwinds and low valuation, Micron Technology could prove to be an attractive pick for retail investors.

Data analytics and observability company Splunk's share price has lost a lot of ground in the past year or so. It came back into the public eye in June after it sold $1 billion in convertible senior bonds to well-regarded private equity firm Silver Lake.

Although it was late to embrace the cloud business model, Splunk's transition from a perpetual-license model to a subscription-based model has significantly improved its revenue visibility. Annual recurring revenue (ARR) was up 37% year over year to $2.63 billion as of the end of the second quarter. Cloud ARR, which accounted for almost one-third of total ARR, grew by 72% year over year to $976 million. The company also reported a dollar-based net retention rate of 129% for its cloud business, which implies that on average, Splunk's customers are spending 29% more with it than they spent in the previous year. The adoption of workload-based or usage-based pricing is allowing it to grow with its customers as well as attract new, cost-conscious clients. The company is also gaining momentum in international markets, which accounted for almost 31% of its total revenues in the second quarter.

Splunk is seeing significant improvement across all its key metrics. In the second quarter, revenues were up 23% year over year to $606 million. With contract durations reverting to their pre-pandemic levels, the company is also witnessing a recovery in remaining performance obligation (RPO) bookings. A metric used to indicate the pace of bookings in the coming months, RPO was up 29% year over year to $676 million. Although the company reported negative free cash flow in the second quarter, Splunk is now guiding for $100 million operating cash flow for 2022.

The big data market globally is forecast to grow from $130.7 billion in 2020 to $234.6 billion in 2026. Already servicing big clients like Amazon's AWS, Alphabet's Google Cloud, and Microsoft's Azure, Splunk is well-positioned to leverage this opportunity. 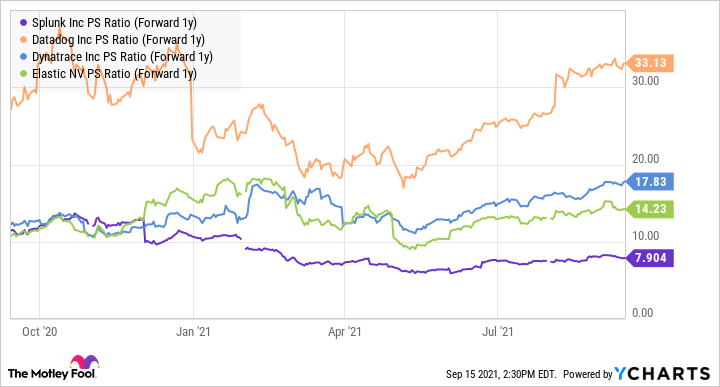 Splunk currently trades at a discount to key peers such as Dynatrace, Datadog, and Elastic in the observability and analytics market. Given its secular tailwinds, improving financials, and reasonable valuation, this seems to be a good time to invest in Splunk.

Since its IPO in late March, cloud infrastructure player DigitalOcean's shares have gained more than 60% -- and the run may not be over yet.

In a world where cloud service providers such as AWS, Azure, and Google Cloud are focused on large enterprises, DigitalOcean has differentiated itself by targeting under-served small and medium-sized business (SMB) customers and independent developers. The company estimates that the addressable market in the niche was $44.4 billion in 2020, and that's expected to grow to $115.5 billion in 2024.

The appeal of DigitalOcean lies in the simplicity of its offerings, their affordability, and the company's price transparency -- characteristics that are highly valued in the resource-limited SMB market. Unlike large enterprises, SMBs generally do not have access to independent developer resources. Recognizing this challenge, DigitalOcean has developed detailed tutorials for using its product offerings. The company also has a strong community built around its offerings, where developers interact with SMB customers and guide them on different aspects of hosting cloud applications.

The success of DigitalOcean's strategy can be seen clearly in the significant improvements in its recent financial metrics. In the second quarter, revenues were up 35% year over year to $103.8 million. Its customer base expanded by 9% to 602,000, while its dollar-based net retention rate rose from 102% to 113%. And despite spending relatively less -- only 11% of total revenues -- on sales and marketing, it has achieved solid successes in customer acquisition.

DigitalOcean is still unprofitable, which is not unusual for a young tech company. Considering the solid runway for growth ahead of it, patient investors stand to benefit significantly from holding this stock for the long term.