It's hard to believe these two brand names and market leaders can be bought for less than $20 per share.

If you only had $20 to invest in a stock, where would you put that money? Of course, you could invest in fractional shares of a much more expensive stock, but if you wanted to buy full shares in a cheap stock and just sit back and watch it grow over the next 10 to 20 years or more, what would be your best option?

Stocks in that price range are typically small companies, but there are also some larger companies with share prices under $20 that are priced low for a reason -- maybe they are new to the market or lost value for some reason. 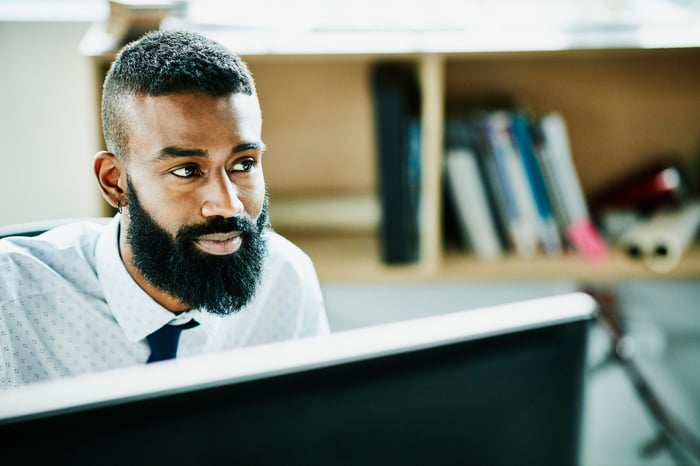 Startups or small, unproven companies in high-flying industries are tempting investments for their potential; but if I only had $20 to invest in a stock, I'd focus on established companies that have track records of success and a strategic focus that gives them an advantage, namely Rocket Companies (RKT 1.32%) and Ford (F 1.73%).

Rocket Companies has not set the stock market on fire since its high-profile IPO last August. It started trading at around $18 per share and has fluctuated wildly, jumping up to a high of $41 in March before plummeting back down to its current price of around $17 per share. Year-to-date it's down around 12% through Sept. 13.

While the market has been ambivalent toward Rocket, there is a lot to like about this stock in the long term. For starters, Rocket is the largest home mortgage lender in the country; it had a market share of about 9% at the end of last year.

It had a record year in 2020 in terms of loan originations, and that may have hurt Rocket's stock price this year as it has not matched 2020's ridiculously high numbers, which were fueled by a surge in refinancings from the historically low interest rates. But still, the numbers are strong, as Rocket did $84 billion in closed loan volume in the second quarter, twice the amount done in 2019 and more than all of 2018. Rocket CEO Jay Farner expects a strong second half and anticipates that 2021 will exceed 2020's record amount of mortgage originations, he said on the second-quarter earnings call.

Rocket's big advantage is its technology. It was among the first mortgage companies to adapt an all-digital platform for obtaining loans and it continues to invest heavily in that platform. It has allowed Rocket to reduce its overhead and increase its efficiency as measured by a gain-on-sale margin that is higher than average. It's a competitive space, prone to market fluctuations, but Rocket has carved out its place as a leader and continues to gain market share.

Ford, at $13 per share, is banking on an EV future

Last spring, Ford was trading at below $5 per share; its recovery waylaid by the pandemic. But since then, the stock price has almost tripled to $13 per share, and the automaker has a bright future, illuminated by its focus on electric vehicles (EVs).

Ford plans to invest about $30 billion in EVs and battery cells by 2025 as it accelerates its transition to EVs. The automaker plans to come out with 30 new EV models in the next five years, and by 2030 it expects to have 40% of its sales come from EVs, Ford President and CEO Jim Farley said on the second-quarter earnings call.

The Mustang Mach-E, which came out last year, is the second-best-selling electric SUV. It, along with the F-150 Hybrid Powerboost, drove a 67% increase in EV sales in August. In 2022, EV versions of two of its most popular vehicles, the Ford F-150 truck, the best-selling vehicle in America, and the Transit van, the best-selling van, will be introduced. The fully electric F-150 Lightning already has 130,000 reservations.

Ford is incredibly cheap right now, with a forward price-to-earnings (P/E) ratio of about six and a price-to-earnings-to-growth (PEG) ratio of around 0.12. With EVs as its catalyst, Ford should continue to grow from this low valuation through this decade and beyond.

Investors would be smart to take advantage of this opportunity to buy these two great brands at great prices. Both Ford and Rocket are cheap and undervalued, and they have the potential for steady, long-term growth.