Although the overall market is getting pummeled, Teladoc shares are down a little extra as news broke that its chief operating officer since 2019 -- David Sides -- is leaving to become the CEO of NextGen Healthcare (NXGN -3.77%). He is stepping into a nasty battle between the board of directors and founder of the ambulatory software and services provider. 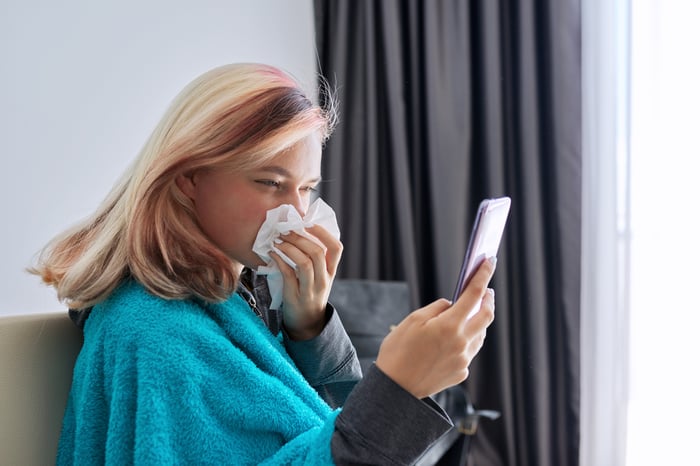 Sides did not participate in recent investor presentations or earnings conference calls, so his presence might not be missed on the public front. That said, Teladoc touted his experience as the CEO of Streamline Health when he was hired. There, he led a transformation that resulted in profitable growth -- something Teladoc is struggling to achieve.

Teladoc has its work cut out for it as it integrates several large acquisitions from the past two years. That's in addition to partnerships that have placed its virtual care services in nearly every corner of the continuum of care.

The company is exceptionally well positioned in areas of growth like chronic disease management and behavioral health. But whether that translates to gains for shareholders will ultimately come down to management's ability to blend the services into one compelling platform, and charge enough per member to turn a profit. And a lot of that falls on the chief operating officer.

Using generally accepted accounting principles (GAAP), the company lost $335 million through the first six months of this year. That dwarfed the $55 million it lost in the same period last year, despite posting revenue that was 127% higher. Adjusting for items like stock-based compensation and acquisition-related expenses flips the number positive.

Adjustments aside, it seems Wall Street is done giving Teladoc the benefit of the doubt. The stock has fallen 54% since hitting a peak in February. If it's going to turn that around, finding an executive that can right-size support and delivery of the various pieces of the company will be critical.

Want to Double Your Money? Buying These Stocks Could be a Genius Move
366%