When I make plans for my retirement, I always operate under the assumption that I'll claim Social Security benefits at 62. This is a decision I made even though I know there's a good chance I'd be better off waiting to claim benefits -- and even though I don't really want to start my checks so young.

Here's why I'm planning for my benefits to start at 62

When I estimate what Social Security will do for me as a senior, I assume I'll start my checks at 62 for one simple reason: Because that's the earliest age they become available. 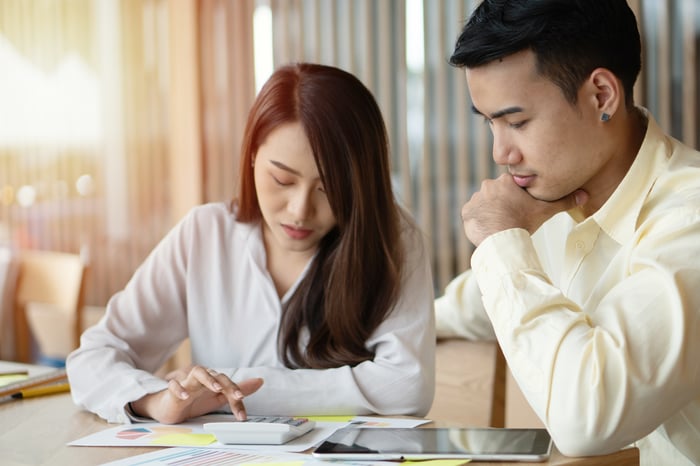 The reason I do this is because I know many people end up forced out of the workforce earlier than they want to be due to circumstances outside their control. And often, being pushed into leaving work ahead of schedule means being forced to claim Social Security as soon as possible to provide enough income to live on.

I don't plan to rely on Social Security as a primary income source, nor do I plan to retire at 62. But I also know that life is unpredictable, and many people who end up in exactly that situation didn't plan for that to happen. Since claiming Social Security at 62 instead of starting benefits later means taking a significant hit to benefits, I don't want to overestimate how much money I'll get.

My full retirement age is 67, and ideally, I'd like to max out my monthly Social Security checks by waiting until 70 to start my benefits. But if I end up being forced to start my checks at 62 because health issues or other problems force me to quit work earlier than planned, I'll get a lot less money in my monthly retirement check than if I'd waited.

In fact, if I start my benefits five years ahead of my FRA, I'd face a 30% cut to my benefit. And I'd miss out on the 8% annual delayed retirement credits I'd be able to earn if I waited until the age of 70. Claiming at 62 would mean accepting hundreds of dollars less per month -- and would likely only happen if I found myself in a situation where I was forced to retire early.

To make sure I'm not left unprepared under these circumstances, I'm basing my retirement plan on starting my checks as soon as possible -- which means I'm saving a lot more money so I'll be ready to leave the workforce then, instead of at age 70. This means making more financial sacrifices now to ensure that I'm prepared to retire early with smaller Social Security benefits and more years during which my savings will have to support me.

It also means that I won't be left struggling to cope with retirement costs if things don't go as planned. Hopefully, I'll end up being able to delay the start of my benefits and get that higher monthly payment I'm hoping for. But I'd rather be in a situation where I have more cash than I need, rather than less -- so I'm basing my retirement plans on the worst-case scenario.

If you want to make sure you're 100% prepared for retirement, even if life throws you some curveballs, consider making your retirement plans for claiming at 62, as well. You may find you can work longer, but if that doesn't happen, you'll be glad you took the cautious approach.