We should never underestimate the power of a convinced analyst to move the price of a stock. So it was with 3D modeling specialist Matterport ( MTTR -10.74% ) on Wednesday, which saw its share price advance by over 9% on the back of some highly complimentary words from a prognosticator.

In a new research note published after the wide stock market sell-off on Tuesday, Wedbush Securities analyst Dan Ives said that investors should take advantage of the declines by purchasing shares of quality tech companies that have dipped in price. Among the titles mentioned was Matterport. 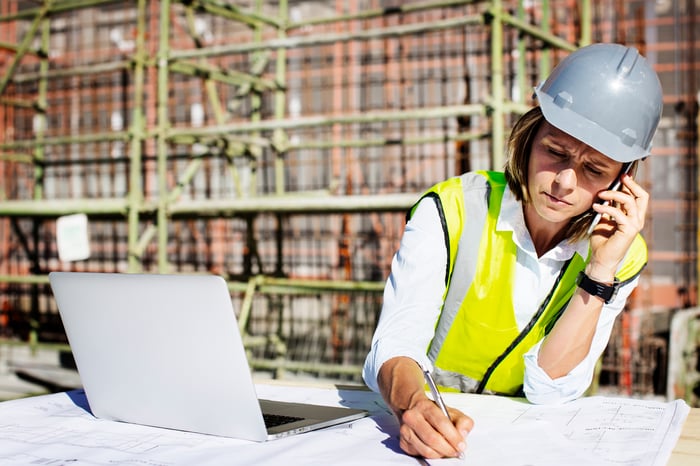 "Our bullish view of tech stocks over the years is predicated on our multi-year thesis that the digital transformation story across the consumer and enterprise ecosystem is still in the early innings of playing out in what we characterize as a $2 trillion market opportunity for the next decade," Ives wrote with obvious enthusiasm.

The analyst said that the wake of the sell-off was a time of "doubling down" on some of the higher-potential companies in the FAANG grouping, cyber security segment, and in the cloud services sphere.

Matterport, which concentrates on detailed 3D modeling of interior spaces, is grouped in the latter category. In addition to the company's stock, Ives took pains to tag Microsoft, DocuSign and Pegasystems as current Wedbush favorites in the cloud segment.

Matterport has been on the radar of many investors since merging with its SPAC in July, as it's a highly specialized company with significant potential. Its technology can create a very highly detailed 3D map of a building's interior. Such a map can have a variety of uses, for example by real estate brokers trying to sell a home or some office space.

Its offerings are clearly striking a chord. Recent figures show that Matterport currently has around 250,000 subscribers for its services, marking very fast growth for such a young company.

1 Stock That Could Be an Amazing Christmas Gift

Here's Why Matterport Is Plunging on Thursday

Why Matterport Stock Jumped 19% in October