It doesn't take much when you buy great companies and let them grow.

One of the biggest hurdles people face when they think about buying stocks is feeling like they don't have enough money to make a difference. But over time, even a little bit of money can grow into an impressive portfolio. In the last 40 years, the S&P 500 index has gained 3,600%.

That's why we asked three contributors to Fool.com which stocks they would suggest for someone with $1,000 to invest. They recommended Repligen (RGEN 2.30%), Fulgent Genetics (FLGT 4.37%), and Intuitive Surgical (ISRG 3.87%). Here's why. 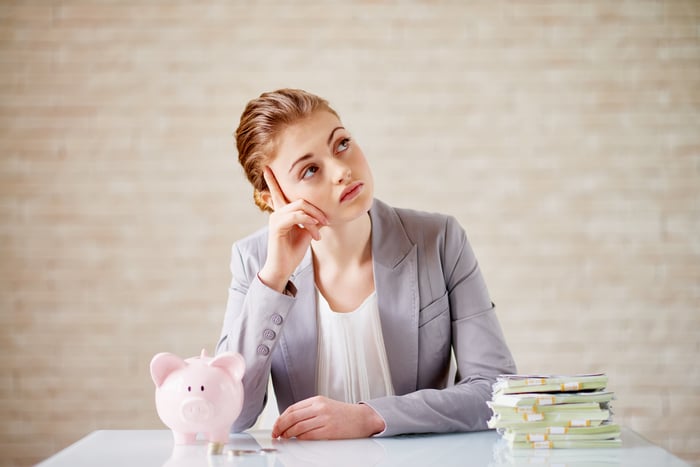 Taking advantage of the changing landscape in drug production

Jason Hawthorne (Repligen): Repligen might fly under the radar, but it serves an important role in a fast-growing industry. The stock price reinforces that. Shares are up 840% over the past five years.

The company has benefited from the adoption of biologic drugs over traditional small-molecule chemical compounds. Prior to the pandemic, one estimate said 25% of the entire pharmaceutical market was biologics. That's good for Repligen. Its specialized equipment -- filtration, chromatography, proteins, and analytics -- helps drug manufacturers maintain the strict quality controls necessary for growing and nourishing the cells that make up these living treatments. The company was even named a critical supplier in the development of a COVID-19 vaccine.

Repligen's secret sauce has been making strategic acquisitions to bolster its end-to-end solution for customers. Those customers -- like contract manufacturers, life science companies, biotechs, and pharmaceuticals -- rely on the company's products to produce their drugs. Its most recent buys include PolyMem for hollow fiber membranes, Engineered Molding Technology for its single-use silicone assemblies, and ARTeSYN Biosolutions and Non-Metallic Solutions for single-use systems and flow assemblies. Helpfully, management breaks down how much the purchases added to growth.

In its latest quarter -- in which it grew 86% -- it said 42% was COVID-19-related, while 13% was from acquisitions. That means its core business grew 31%. That's no surprise since it grew sales more than 30% in each of the three years prior to the pandemic. In 2021, management expects full-year revenue to be $635 million at the midpoint, up nearly 74% compared to last year.

In a world where more and more of the drugs being developed are biologics like gene-based medicine and monoclonal antibodies, Repligen should succeed. Management's ability to identify companies that fill out its product offering should also allow it to compete with life science titans like Danaher and Thermo Fisher Scientific. For shareholders, that could mean plenty of gains ahead.

The company grabbed the attention of many investors during the earlier days of the pandemic when it released a range of COVID-19 diagnostic tests, including two molecular tests and one antibody test. Two of these three tests have been authorized for emergency use by the Food and Drug Administration. However, the company has a range of other products in its arsenal, ranging from known mutation tests to tumor profiling to hereditary cancer tests.

Fulgent Genetics was founded in 2011 and has only been a publicly traded company since 2016. Since the time of its initial public offering, about five years ago, the stock has skyrocketed by nearly 870%. To give you an idea of what a massive jump that is, the S&P 500 has increased by about 100% during the trailing-five-year period.

Even with this kind of share price gain, Fulgent Genetics still trades at an astonishingly low price-to-earnings ratio of five at around $90 per share.

As for Fulgent Genetics' balance sheet, the company keeps going from strength to strength. The company reported 14% revenue growth in 2018, followed by a 52% jump in revenue in 2019. In 2020, record test sales resulted in Fulgent Genetics reporting an eye-popping 1,200% revenue increase from the prior year.

While the market for quality coronavirus diagnostic tests is still considerable, investors who might have worried about Fulgent Genetics' prospects as we try to emerge from the pandemic needn't have. In the most recent quarterly report, management said the company's revenue increased 790% and its net income popped more than 2,300% from the year-ago period, while revenue from its next generation sequencing tests (which it considers its core business) surged 296% year over year.

In addition, the company reported it delivered nine times more in billable test volume in the second quarter of 2021 than it did in the same quarter of 2020. Fulgent Genetics is also continuing to add to its cash stockpile, and reported cash and investments to the tune of $777 million in its quarterly earnings release.

With shares still trading incredibly cheap and the company's growth trajectory just getting started, now looks like a great time to scoop up this stock before it shoots considerably higher.

Déjà vu all over again

Steve Ditto (Intuitive Surgical): The last time Intuitive Surgical did a stock split was October 2017 when the board of directors approved a 3-for-1 split. At the time, the stock price was hovering a bit above $1,000 per share. In the following 12 months Intuitive shares gained 59%.

Here we are four years later, the stock price is once again hovering a bit above $1,000, and the board of directors approved a 3-for-1 stock split effective Oct. 5. Can history repeat itself? In just two short weeks you'll be able to purchase Intuitive shares for well under $1,000 and find out for yourself.

Of course, a stock split isn't the primary reason to buy shares. The real reason to buy Intuitive shares, whether pre- or post-split, is the compelling opportunity for long-term growth. Intuitive is the global leader in robotic-assisted, minimally invasive surgery. At the end of the second quarter, Intuitive had an installed base of 6,335 robots representing roughly 80% of the global market.

Odds are Intuitive is going to be the market leader for the foreseeable future. The company continues to innovate and deliver more value while enjoying huge switching costs for the hospitals and physicians using its products. In 2020, the number of hospitals with seven or more Intuitive robots increased roughly 20%. Intuitive has a Net Promoter Score of 69, indicating customers are highly satisfied and investing in the products and relationship. Intuitive revenue has shown strong resilience in the face of the pandemic. In 2020, hospitals postponed some surgeries and deferred some purchases of robots and instruments. However, Intuitive has seen demand snap back even as new waves of COVID-19 ripple through the healthcare system. Underscoring the resilience in the business, in the Q2 conference call management said, "Looking at the past eight quarters in context, our compound annual growth rate for procedures for the period Q2 2019 through Q2 2021 of 16.5% is approximately the growth we would have expected absent the pandemic."

Over the last five years, Intuitive has been a solid investment, outperforming the S&P 500 with a 349% gain versus the index's rise of 127%. Going forward, Intuitive has a number of long-term tailwinds driving its continued growth. In 2020, Intuitive robots performed 1.2 million procedures. Through continued innovation, Intuitive is expanding the procedures it can perform and the markets where it has regulatory approval. Over the coming years, this expansion will increase the total addressable market from roughly 6 million procedures per year to more than 20 million.

COVID-19 will likely be with us for a long time and will undoubtedly create some uncertainty in the growth outlook for Intuitive and other healthcare companies. However, few companies are better positioned for long-term growth as aging demographic trends drive higher demand for surgeries.

For long-term buy-and-hold investors, Intuitive is a great way to invest $1,000 in an unstoppable healthcare technology stock.